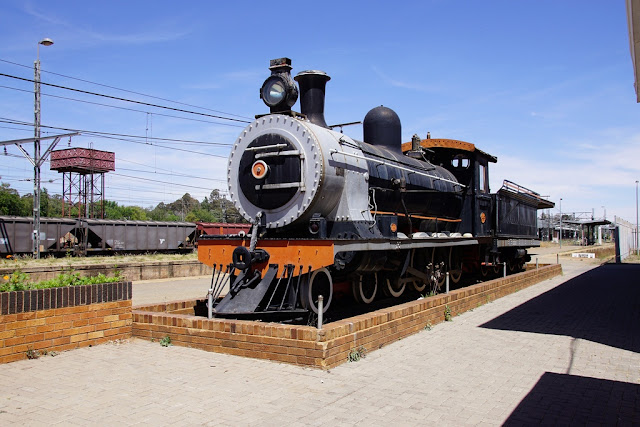 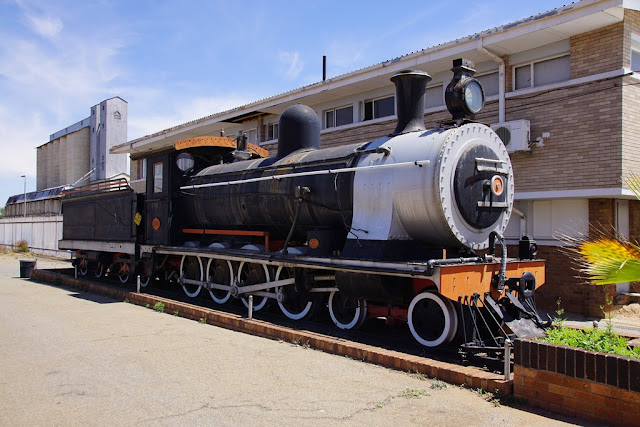 This 2016 image courtesy of the photographer Laurie Mulrine, it was 1st posted here: 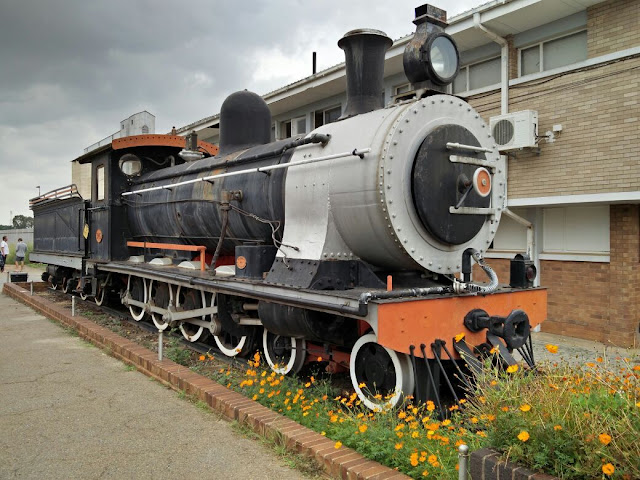 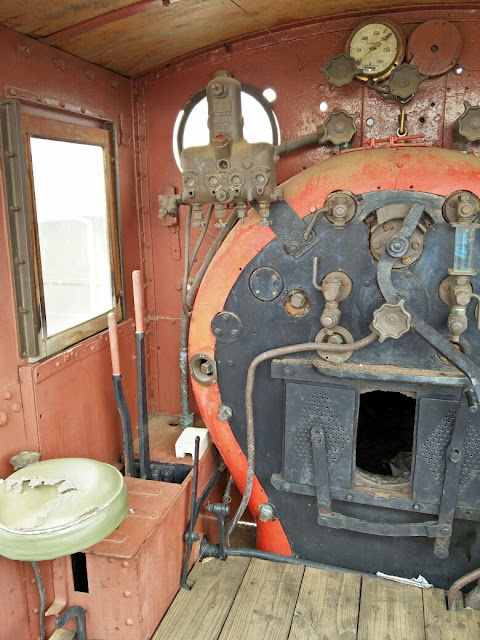 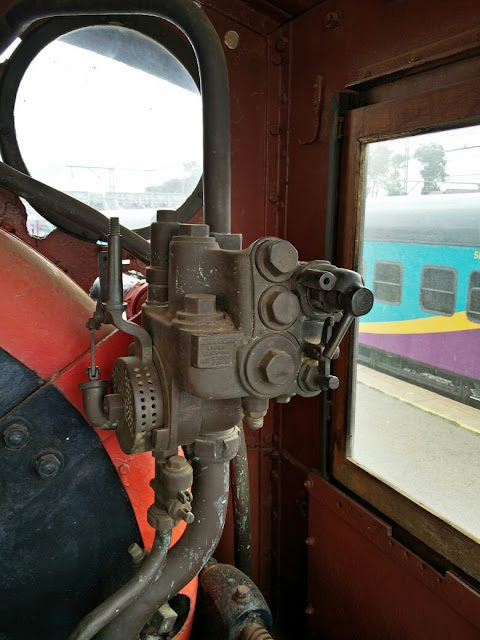 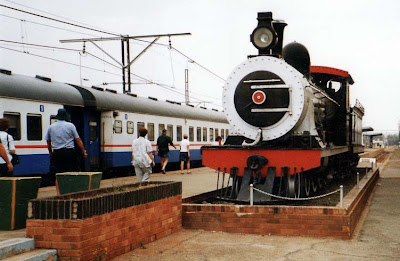 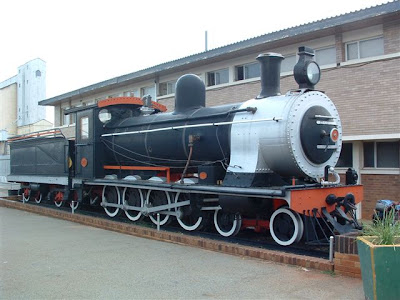 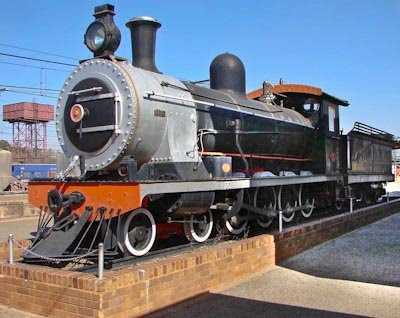 At Klerksdorp station, on the platform, in front of the station building, a 1892 locomotive is often inspected by overseas train passengers when their trains take a brief pause. 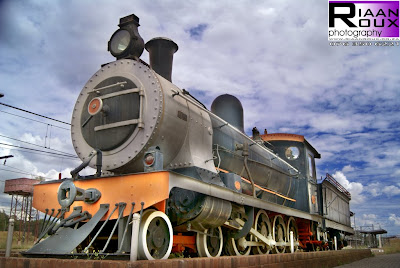 HDR rendered image kindly provided in March 2011 by Riaan Roux - his photography webpage is at www.riaanroux.co.za 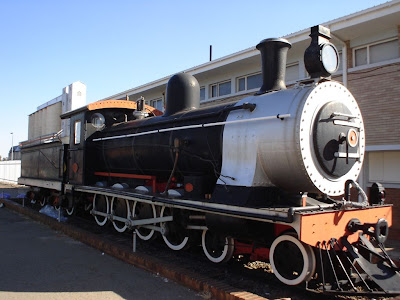 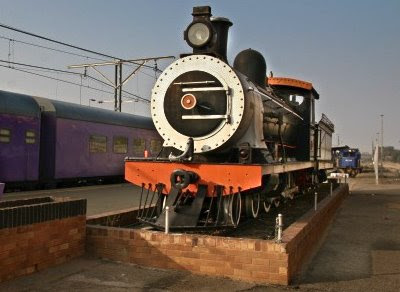 The first six engines were delivered by Dübs & Co in 1892. This was followed by an order for 32 from Neilson & Co, which were delivered in 1892 and 1893, and placed in service on the Cape Midlands and eastern sections, and which were later classified as Class 7 by the SAR (South African Railways) 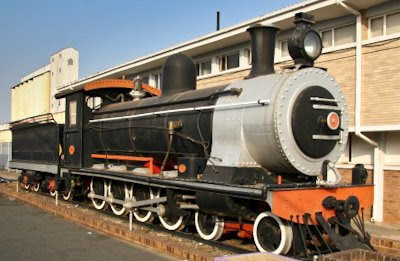 17 August 2008 photo courtesy Duncan Burnett
Duncan wrote in his journal: "We had just started breakfast when the train pulled into Klerksdorp railway station. I noted an old neglected steam locomotive, surrounded by rubbish and daubed with graffiti, sitting next to the station building. I had to go out and take a couple of pictures. One or two other passengers, including our Irish dining companion joined me. He closely inspected the engine and said that it had been built in Glasgow in 1892. Yet another Scottish steam locomotive." 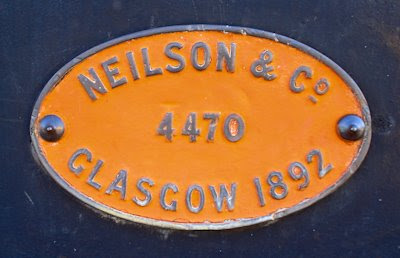 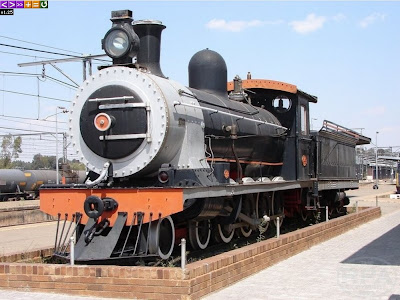 The locomotive has a 4-8-0 wheel configuration. The cylinders are a 17"x23" design and the driving wheels are 3 feet 6.75 inches in diameter. The engine had a working weight of 45 tons, and the total length of the locomotive and tender measures 50 feet. The boiler pressure was limited to 160 lb/sq. in. 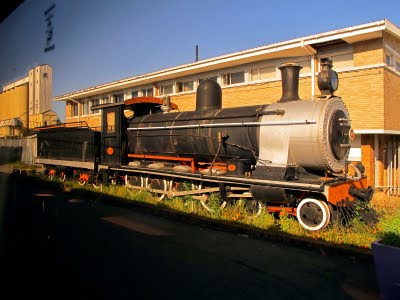 Klerksdorp 5 Feb 2011 via flickr photographer Jeffrey Hotson from inside a Premier Classe Train: Amazingly the locomotive still has much brass & copper stuff left on its body! [Check the enlarged photo by clicking on the image.] Obviously thanks to Spoornet Security. Otherwise it seems no-one else cares about it.
Posted by Piet Conradie (for e-mail addr: see profile plse) at 5:44 PM