Owing to its central location, the government bought a portion of the farm De Aar for building a junction on the first railway line from Cape Town to Kimberley built in 1881. 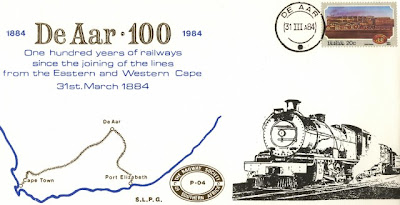 It was called Brounger Junction after the Colonial railway engineer William Brounger, but the name soon reverted back to the name of the farm. De Aar is a Dutch term that means "artery" and it refers to an underground watercourse in the area.

Although it is now closed, this was the second most important railway junction in South Africa, and it was here that the lines from the Eastern and Western Cape, as well as the northern provinces, Zimbabwe and Namibia met. 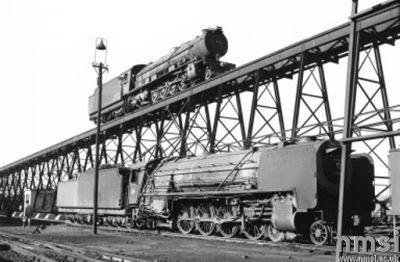 In the mid-1960's there were 110 km of track within the precincts of the town, and trains passed through at the rate of 92 per day, increasing considerably during peak periods. As a railway- and bridge-building depot the local SAR workshops played an important role in South Africa's rail network.

For many years De Aar junction could boast nothing more than a small collection of tin buildings, but in 1902 things began to happen and the town's real development started. De Aar became a municipality in 1904, and the significance of the railways was depicted on the town's coat of arms. 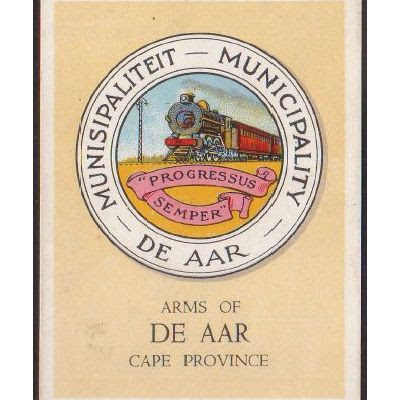 This picture comes from a 1931 tobacco & cigarette card series of "South African Coats of Arms" which were given out by United Tobacco Co (South Africa) Ltd.

Today the town is the main commercial and distribution centre for a large area of the central Great Karoo.

On 15 September 2005 we passed through De Aar in the hope of possibly seeing a plinthed steam locomotive at the station. Nothing was to be seen, and we rather spent our time visiting the Olive Schreiner house. 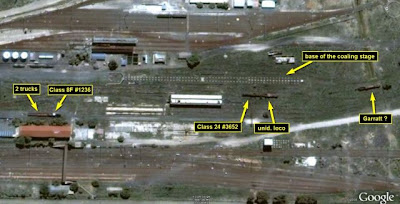 Recently I studied the Google Earth View for De Aar, and came to the conclusion that indeed there was still one locomotive hidden behind one of the station buildings. I was most fortunate to be able to contact ds. Frandu Marais, who lives in De Aar, and whose deceased father actually worked at the railway depot in De Aar for 35 years, as a "tuber", or boiler pipe cleaner. Regularly cleaning the smoke pipes running through the boiler of a steam locomotive is a very important job which ensures that the locomotive runs as efficiently as possible on its fuel.

It came as a surprise to learn that De Aar still has a small locomotive graveyard! Besides the plinthed locomotive, there are three other long forgotten locomotives nearby - also rusting away.

Originally the plinthed locomotive was indicated as located at the "Loco Shed". In 2009 there is little evidence of the once very busy steam locomotive sheds, as everything has been torn down and removed a long time ago. 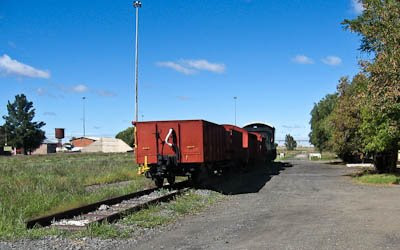 The locomotive is plinthed along with two wagons in tow. 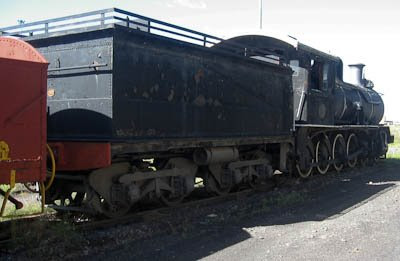 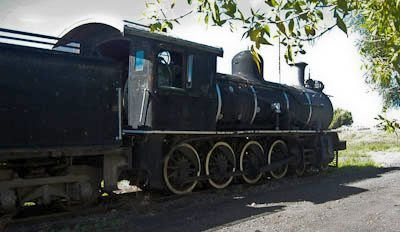 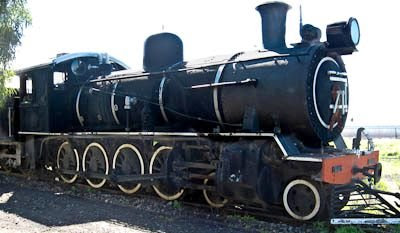 The Cape Government Railways 8th class was conceived as a mixed-traffic locomotive equally suitable for goods and passenger work. The 1st batch of 23 Class 8 locomotives were delivered in 1902 and 1903. A Class 8B No 1153 locomotive is plinthed in the main street of Fauresmith.

SAR Class 8F was the final order in the Class 8 series from the Cape Government Railways for 10 locomotives numbered 1234-1243. They were built in 1904 by North British Locomotive Co. 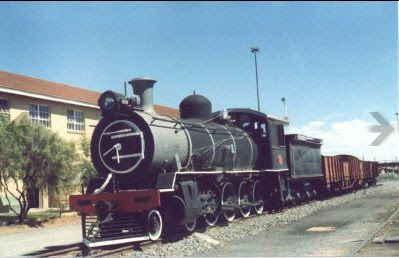 Unknown Photographer & date - must have been taken many a year before 2009 - Engine number is still on the cab, and the present (2009) bush next to locomotive still has to germinate.

Plinthed in the yard of what was the steam shed, opposite the train crew office, is 8F 1236 (which used to be on the station platform - Comment from John Middleton).


They (the Class 8's in general) were a fine class of engine and saw service on every system of the SAR, becoming the mainstay of motive power on many branch lines in the 1920s. They ended their days on shunting service until 1972 when all were withdrawn. 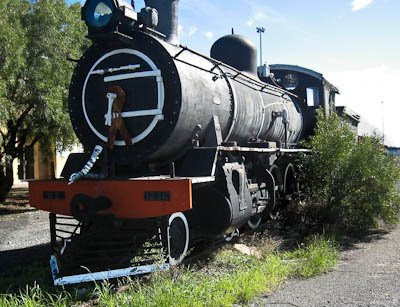 The engine number 1236 is still clear on the front end. 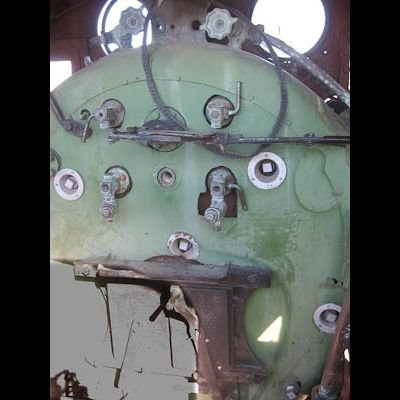 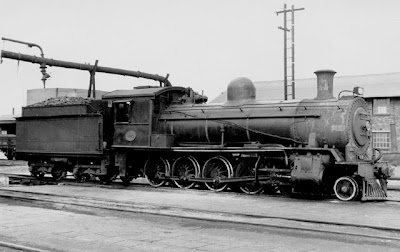 Photos on this page (unless indicated otherwise) were very kindly taken by ds. F. Marais in April/May 2009.
Posted by Piet Conradie (for e-mail addr: see profile plse) at 4:54 PM