In the sixties as a school kid, and a student later, I used to do a yearly train trip, in winter, from Wolseley to South West Africa (now Namibia). The train from Cape Town went up to De Aar, where the passenger carriages were shunted around, and new trains were made up to depart in different directions. This process could take several hours, and one had to keep an eye on your carriage while it was shunted around, in order to be on the proper train when it finally left the station!

The station platforms were a beehive of activity with railway staff and passengers scuttling around.

People still remember the tasty meat rolls with sauce which one could eat at the station restaurant.

However, in 2009, all this are just nostalgic memories of what once was the norm. 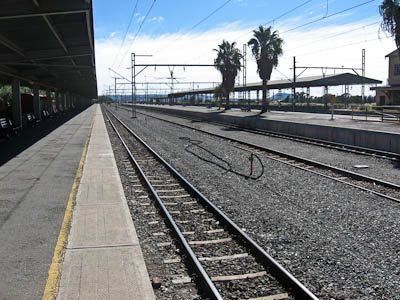 Water pipes to fill the passenger carriages, but not a single train in sight. 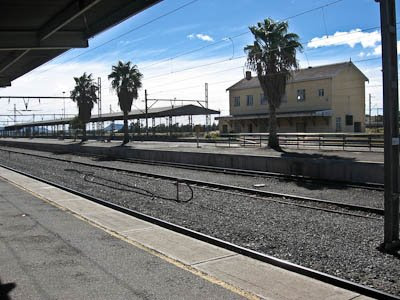 There are no regular trains leaving for Namibia anymore. 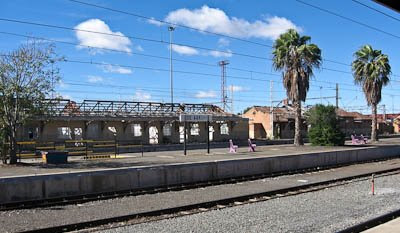 The once proud station name "DE AAR" still stands on the middle platform. 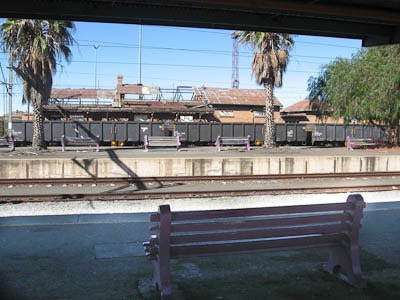 The view to the far side of the main platform is not pretty. 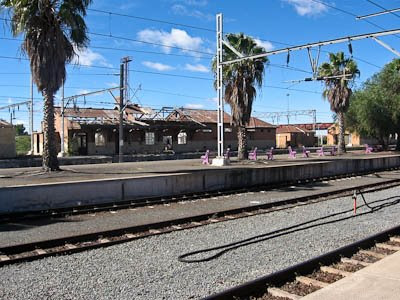 A picture of desolation. 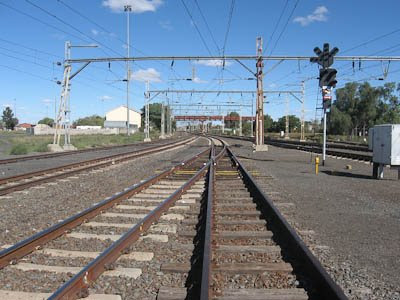 The view towards the south. 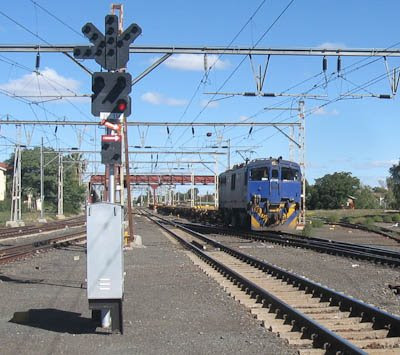 On a Saturday afternoon this special was slowly coming into the station. The driver of this locomotive was a woman. 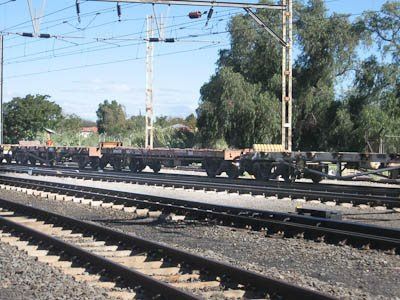 Photos on this page (unless indicated otherwise) were very kindly taken by ds. F. Marais in April/May 2009.
Posted by Piet Conradie (for e-mail addr: see profile plse) at 11:11 AM