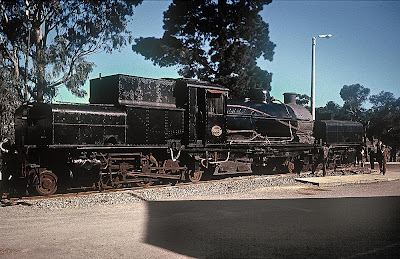 This is the earliest photo of this Garratt on the plinth: This was taken on slide film by the late Leslie Werbeloff in July 1974, probably not very long after the locomotive was plinthed outside the Grahamstown station. This image kindly provided by Leslie's son David in May 2011. 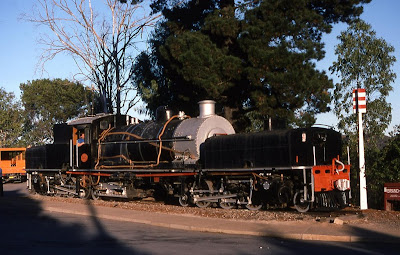 Robert Wilson took this slide of a still good-looking 2257 in 1991 during the Indian Ocean Ltd. railtour. 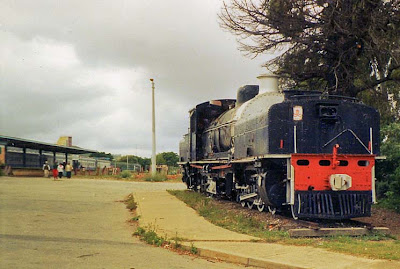 The Grahamstown station is to the left of this picture taken in November 2004: Photo courtesy of Jacque & John Wepener.

This locomotive is plinthed at the Grahamstown station building. 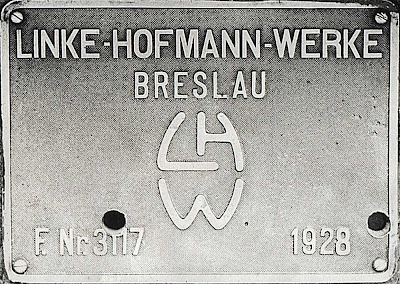 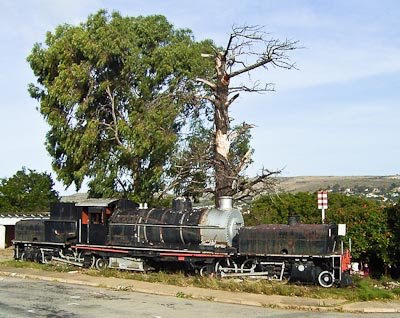 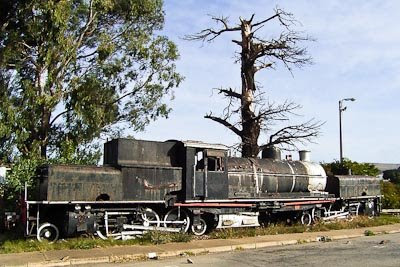 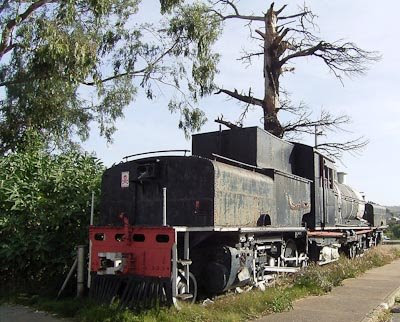 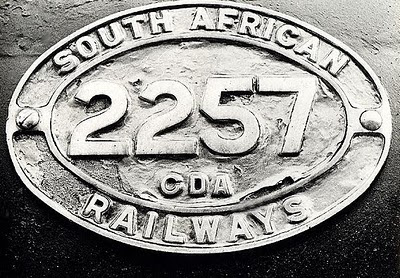 The number plate when it was where it should be - on the locomotive. January 1976 image kind courtesy of David Werbeloff. 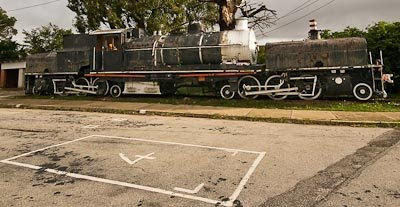 A marginally more powerful and heavier machine than the Class GC, 14 engines of Class GD were delivered by Beyer, Peacock & Co in 1925 and 1926 for branch-line use. The locomotives were superheated, had plate frames, a Belpaire firebox and Walschaert's valve gear. Initially they were used on the Cape Town-Caledon, the Natal north coast, and the Pietermaritzburg-Franklin lines. Later some spent many years working over the Montagu pass. Finally, they were all allocated to the Port Alfred branch, and withdrawn by 1967. 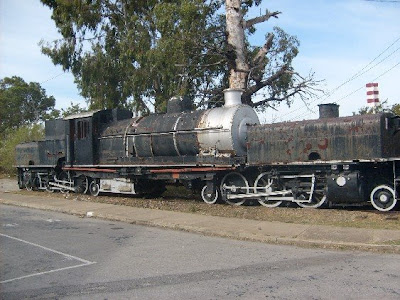 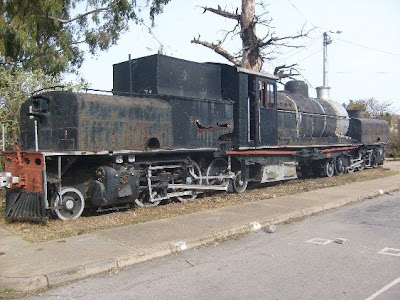 In May 2011 David Werbeloff noted: "I was looking for some information in vol II of Frank Holland's "Locomotives of the South African Railways" a few days ago and I noticed something new: The photograph (on pg 62) he uses to illustrate the Class GDA shows a brand new, squeaky clean #2257 in her original gray paint, posing most likely at the factory in Breslau. It's a slow and sad passage from that pristine locomotive to the broken, rusting hulk outside the Grahamstown station today." The factory photo shows that the original coal carrying capacity was somewhat less when compared with today's plinthed locomotive.

Like the classes GC and GCA, the Class GDA was built to the same specifications as the GD. They, too, were fitted with bar frames and round topped fireboxes. They did not however share the same success of the GCA.

The 5 Class GDA locomotives (No's 2255-2259) were built by Linke-Hoffmann-Werke, Breslau and placed in service in Cape Town in 1929. They were not found to be successful and soon after were sent to Natal where they were used on the branches around Stanger. In 1970, a pair was sent to Port Elizabeth and worked local freights. They were all withdrawn by 1972. 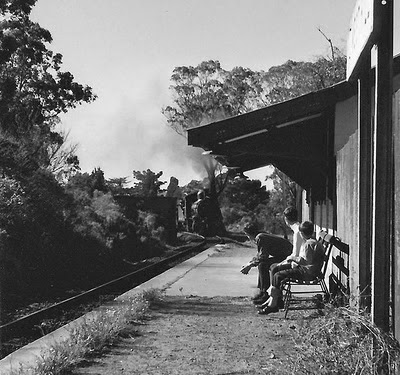 In April 2011 David Werbeloff provided this nostalgic and very typical branch line station image: "The locomotive is a presumed Class 8 (judging by the shape of the cylinder covers) at West Hill Station on the Grahamstown branch photographed by my dad in July circa. 1964. The boys are me and my brothers; I'm the pik closest to the camera."

Photo of a near sister loco no 2259 when still in steam. 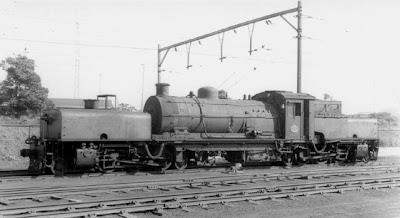