The locomotive featured below, is on display in the James Hall Transport Museum in Pioneer Park, Wemmer Pan, Johannesburg. See part 1 for more details. 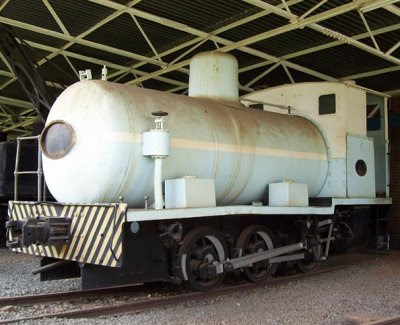 The locomotive has a 17"x18"design and in the tradition for most European fireless engines, the cylinders are located below the cab. 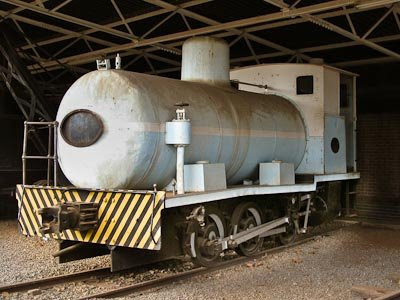 The locomotive is ex SAPPI Ltd, Springs Paper Mill, where it worked under the name "SANDY". 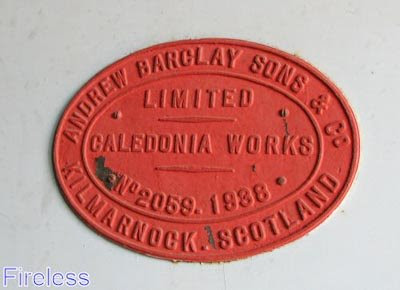 This 0-6-0F (fireless) locomotive was built in 1938 as works number 2059 by Andrew Barclay Sons and Co. Ltd. at their Caledonia Works, Kilmarnock, Scotland.

Barclay was the largest builder of fireless locomotives in Britain, building 114 of them between 1913 and 1961. Few fireless locomotives are seen in action today. This is due to the low power of the locomotives, the long time needed to charge a locomotive from cold, and the low steam pressures available for charging. Perhaps the only exception was "Lord Ashfield" (Andrew Barclay works no. 1989 of 1930) at the Museum of Science and Industry in Manchester that ran for a while, in the 1990s, sharing a steam supply with the stationary exhibits in their exhibition hall.