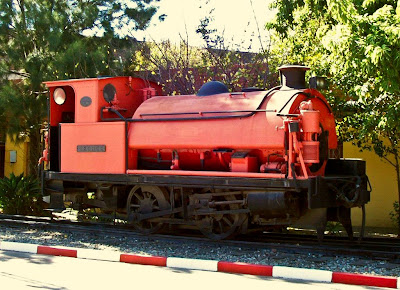 This locomotive is a bit unusual by South African standards, by the fact, that it appears to have an air brake system, hence the compressor mounted on the front side, and also the compressor tanks visible on the back side ... see following pictures. 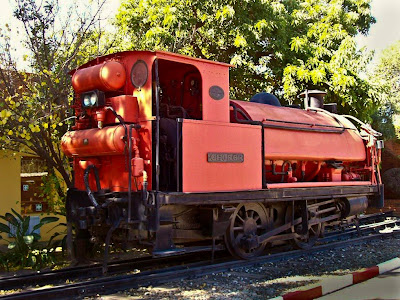 George had a sister engine works no 7805 named "Elizabeth" which was built by the same firm in 1954. Both saddle tanks worked, since new, at the Orlando Power Station (within the Soweto area) which was run by the Johannesburg Electricity Dept (now City Power Johannesburg).

Coal for the power station was brought in via a 1 km electrified branch from the mainline. Both Elizabeth and George were used to move the incoming coal trains through a wagon tipper. By 1990 a Hudson diesel engine replaced steam loco's at the the power station.
Sister "Elizabeth"is plinthed at the Johannesburg City Power, Reuven Head Office. 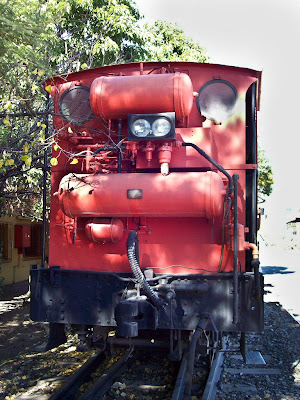 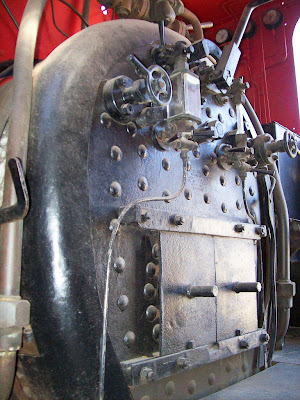 Derek noted: "Beautiful condition, still intact, couldn't access the interior of the cab but there were punch marks on it but I couldn't read them where I was standing. " 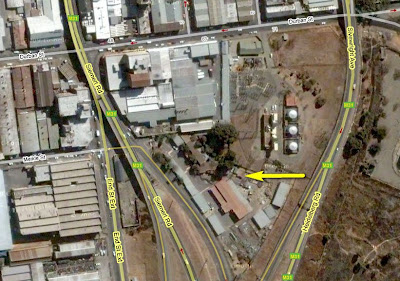 (click on picture to enlarge) She is plinthed at the Johannesburg City Power Municipal Depot near corner of Durban Street and End Street Extension.