What's on display inside the Old Locomotive Shed?

The idea here is to give some indication of the displays inside the old Locomotive Shed.

The helpful caretaker of the displays at the old Loco Shed is Joey Kotze; should you have any inquiries on any of the items one can reach her via the Worcester Museum's normal telephone number. 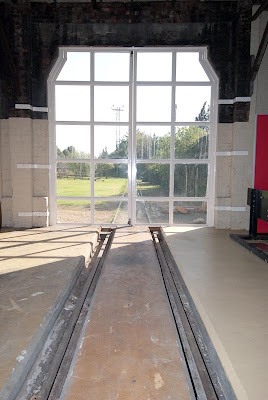 View to the West - one of the engine entrances now closed by a fancy window. 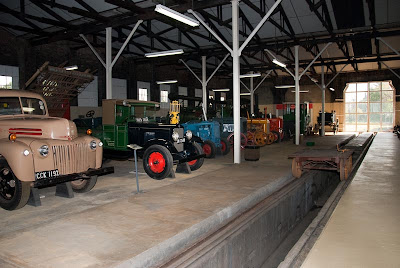 Still the same window on the West from a bit further in. The old locomotive pit used for servicing the SAR engines is in the foreground. 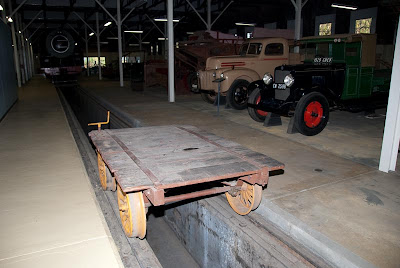 View in the opposite direction. On the far left, SAR Class 15F No. 2994, is barely visible. 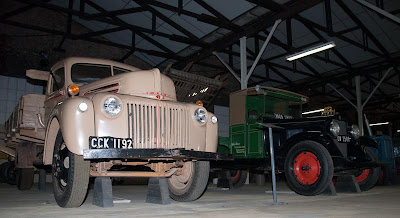 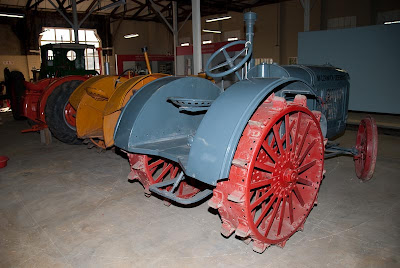 Check my tyres please! In the distance the little BORSIG locomotive is silhouetted against the window. 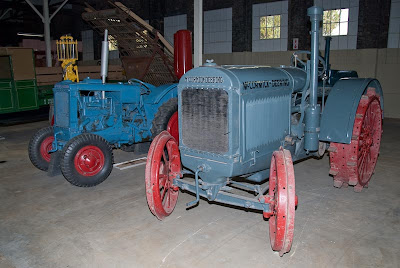 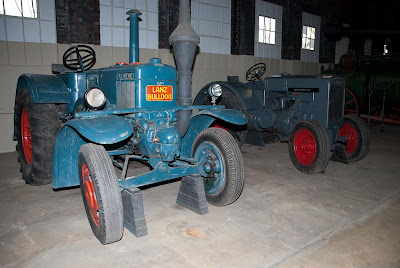 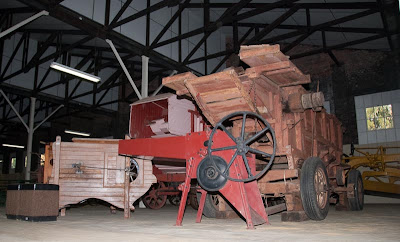 The museum has quite a bit of various farming implements on display. 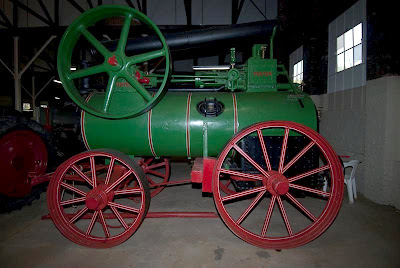 A number of steam engines are also on display. 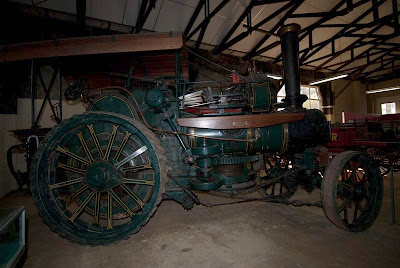 At least one of the steam engines is still able to operate, unfortunately I missed out on which one! 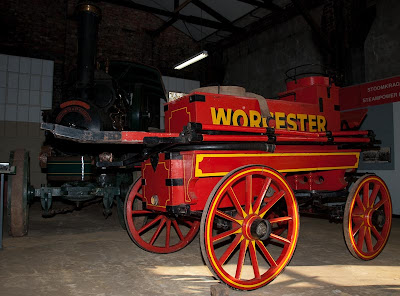 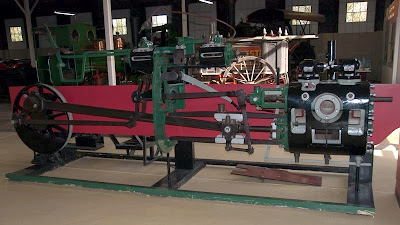 This item presumably (I have yet to study it) illustrates the working parts of Walschaerts valve gear; it has an electric motor (which is not connected) at the back - most likely this was used to train workshop personnel.