This SAR Class 6B locomotive [4-6-0] no 500 is plinthed at the Vereeniging station forecourt. 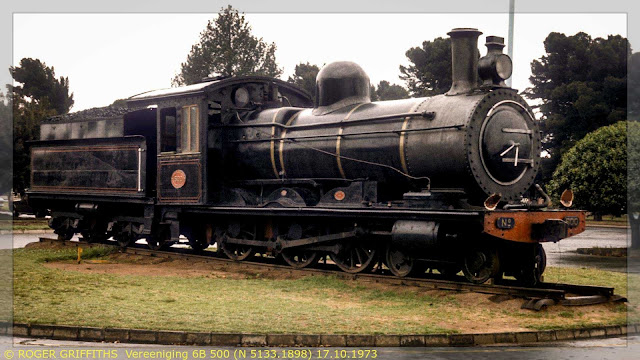 This image, courtesy of Roger Griffiths, shows what the plinthed engine looked like in October 1973.

Of interest is, that after the picture above was taken, the engine's couplers were replaced with the original bell type - also a cow catcher was added. (compare with the 1932 image made by Frank Garrison way down below.) This is testament of the fine detail which people took care of for this engine on the plinth! Their good intentions back then were so well meant!!! 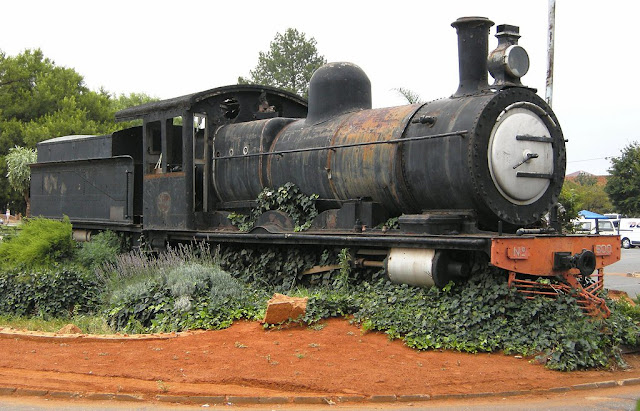 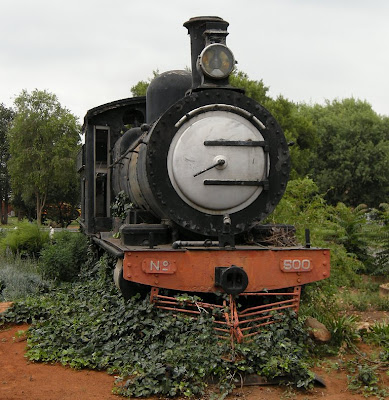 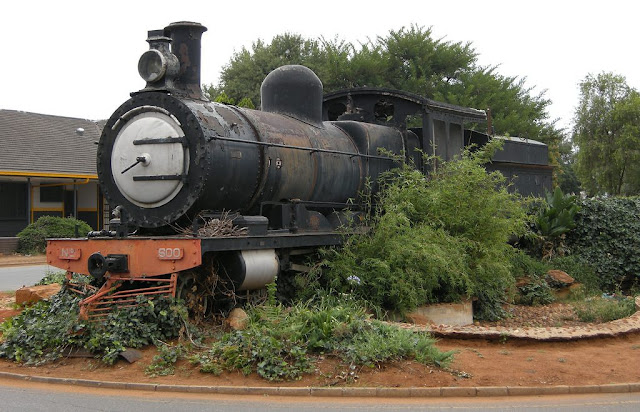 More sister SAR Class 6B locomotives plinthed are no's:
The SAR Class 6 locomotives were originally designed by locomotive superintendent Michael Stephens for fast passenger service on the Cape Government Railways (CGR). Successive orders for the 6th class were placed with both British and American builders between 1893 and 1904 for use on the CGR and OVGS.

At first 40 locomotives were ordered (class 6), followed by another batch (class 6A) of 50 engines. This was followed by a 3rd order of 54 locomotives placed with Neilson, Reid and Co - these engines were delivered between 1897 and 1898 and were shared throughout the Cape Colony. On the SAR these 54 loco's were classed 6B - they were almost identical to the class 6A, except they were provided with an eight-wheeled bogie tender.

All the engines of the 6th class were regarded as having a splendid record of reliability, and low cost of repairs. In 1894 the General Manager, Mr. Elliot reported: "These engines will render practicable an increase in speed that will admit of a train being run from Cape Town to Johannesburg in 48 hours." By 1944 several of these engines were still working in the Middle East. 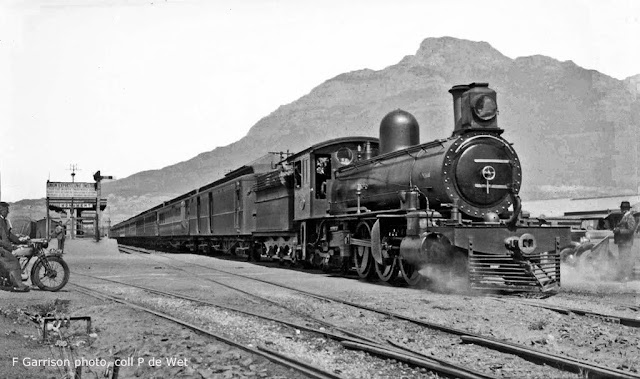