In July 2013, Igmar Grewar, surprised me with some images of a relatively unknown industrial locomotive which he spotted plinthed outside the Vaal Teknorama Museum.

The Museum is located at 1 Beethoven Street, Duncanville, VEREENIGING. 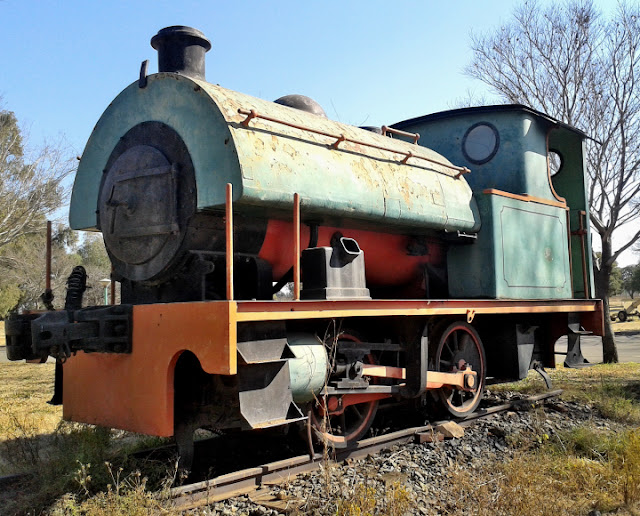 With the good help of John Middleton it was confirmed that this little 0-4-0ST (Saddle Tank) engine was built in 1938 by W.G. Bagnall Ltd of Stafford in England as their works number 2588.

The locomotive has a 12 in. cylinder diameter and 18 in. stroke design.

It was first used by Stewarts & Lloyds Ltd of Vereeniging. 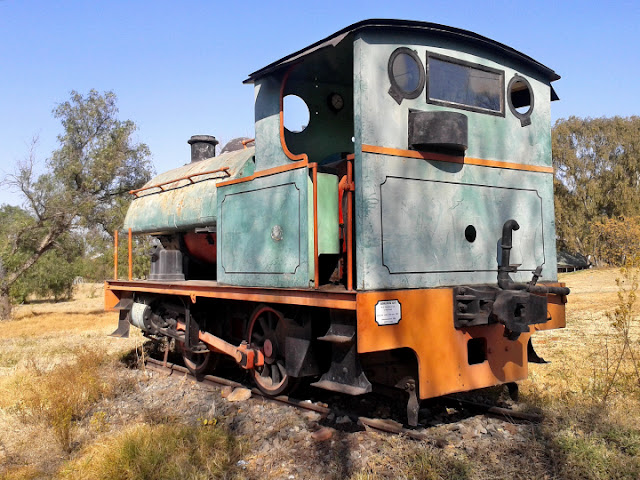 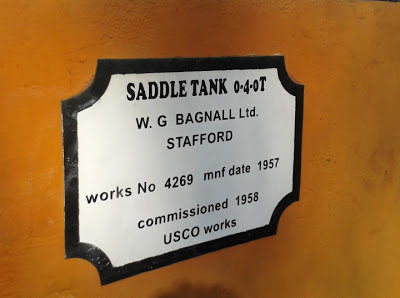 John Middleton noted that the 1957 information refers to the works No at Bagnall when the locomotive received a new boiler. At this time the locomotive was in service of USCO (Union Steel Corporation Ltd - Vaal Works at Vereeniging.) Dating from 1912, USCO was the first steel works in South Africa.

Igmar noted: There is a link between Stewarts & Lloyds and USCO: “Over two years earlier, late in 1927, the availability of steel from Usco had drawn to Vereeniging the world wide tube making company, Stewarts and Lloyds. The company provided a market for Usco's steel at a time when the corporation needed support, and both Stewarts and Lloyds and Usco were to become the primary industries which attracted ancillary industries and finally led to the industrialisation of Vereeniging.” From Vaal triangle History Site:
http://www.vaaltriangleinfo.co.za/history/vereeniging/chapter_12/46.htm 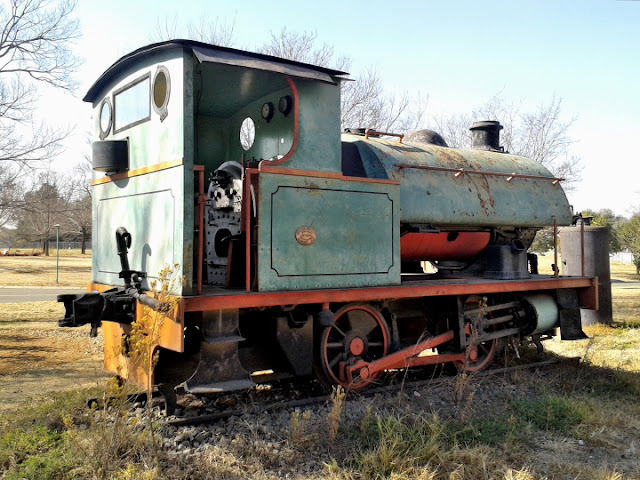 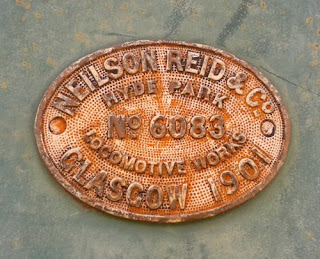 Strangely the locomotive also carries the maker plates of a completely different SAR class. How that came about is unknown. John Middleton pointed out that these Neilson Reid plates belong to class 7C 1063 which was scrapped in 1962 at East London. 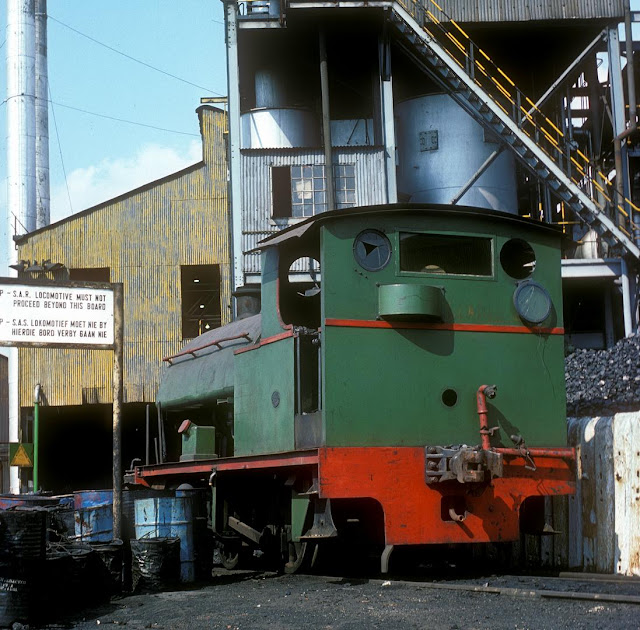 By 1991 the locomotive was preserved at the Council Services Depot in General Smuts Ave in Duncanville - apparently waiting positioning at the to be built Teknorama Museum.

A similar Bagnall, named SALT RIVER (Bagnall no 3056 built in 1953) was used by Escom at the Salt River (Cape Town) power station. This locomotive had a more powerful design. More info here.

Posted by Piet Conradie (for e-mail addr: see profile plse) at 9:36 AM