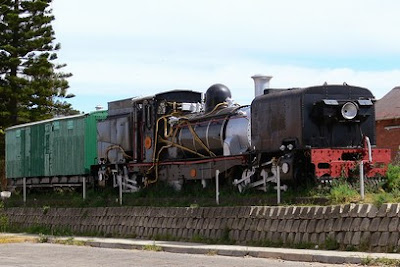 Things were looking much better this second visit #NG80 was in great shape again! Painted all over and access to the green van behind the locomotive was restricted again. 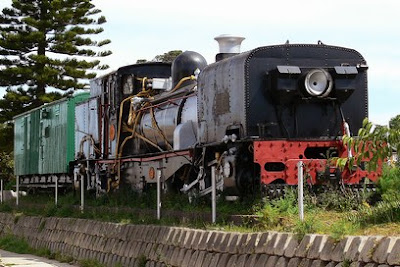 In 1927 Hanomag designed, in consultation with the SAR, an engine which was to become the standard narrow-gauge Garratt design for the next 40 years. The final order of 7, No NG77-NG83 was used on the Avontuur line where they worked their entire lives. (except 77 & 78 which was exchanged in 1965 for a pair of G11's) 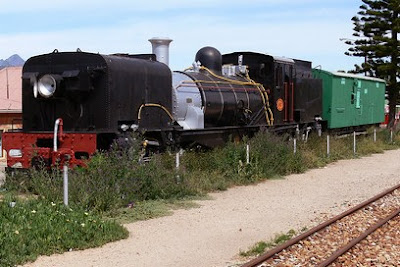 The balance of the NG/G13's ended their days working out of Loerie, either hauling lime-stone trains up the bank to Van Stadens or doing duty on the Patensie branch. With the arrival of diesels in 1973 they were all withdrawn. 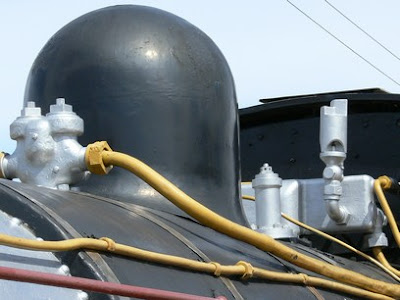 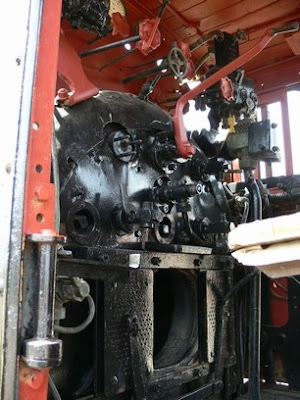 The cab in neat condition. 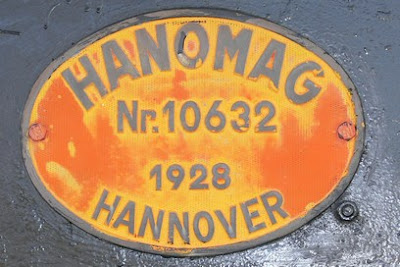 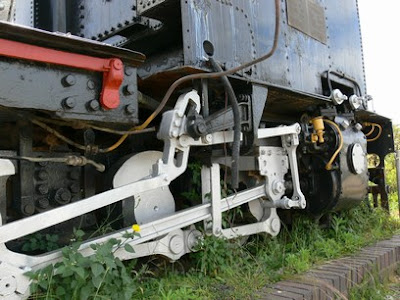