NOTE: Information about the Namaqualand Railway is spread over these entries:

Nababeep - Copper Mine Museum:
"Clara" - Kitson & Co 0-6-2 built 1891
O'okiep Mine was surveyed in March 1856, and by 1862 was managed by John Taylor & Sons of London. They formed the Cape Copper Company, and by 1874 the mine was described by a correspondent in the Mining Journal as "the richest copper mine in the world". 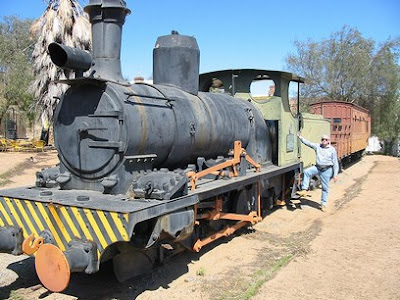 First visit to "Clara" was done on 22 September 2003. You can see this train displayed at the Peter Philip Mine Museum in Nababeep. The driver next to the loco is Brian, a visitor from Australia.

National monument "Clara" is the last of the Kitson type mountain locomotives used by the Cape Copper Company to transport copper ore from Okiep to Port Nolloth for export. If you look closely at the photo above, you can see the lids on the sandboxes for these mountain engines - on the front on both sides just under the smokebox door. 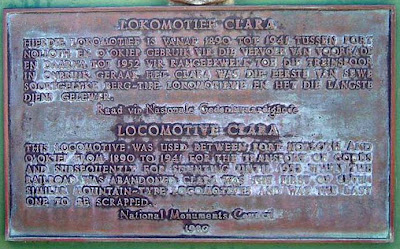 The monument board on the locomotive states:

LOCOMOTIVE CLARA
This locomotive was used between Port Nolloth and
O'Okiep from 1890 to 1941 for the transport of goods
and subsequently for shunting until 1952 when the
railroad was abandoned. Clara was the first of seven
similar mountain-type locomotives and was the last
one to be scrapped.
National Monuments Council
1980 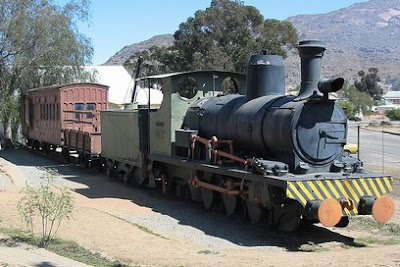 Photo: 22 Sept 2003 courtesy Errol Swanepoel. Note that the loco is in want of some paint to keep it looking at its best. 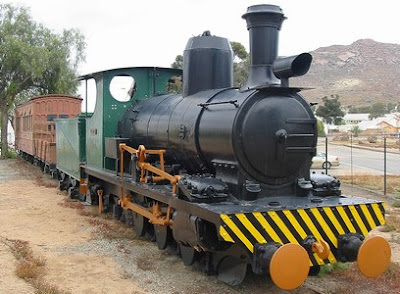 Photo: 26 Sept 2005 courtesy Errol Swanepoel. - John Middleton pointed out to me that one can identify the lids of the sandboxes on this mountain loco - these are located on both sides just under the smokebox door.

The second visit to Clara was done two years later on 26 September 2005. The museum compound was closed, and pictures could only be taken from the fence. 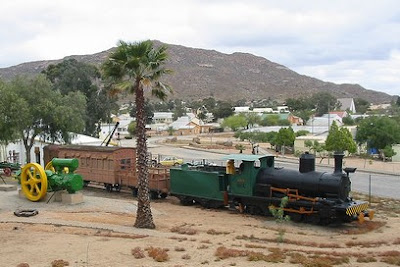 With a new layer of paint Clara was in good shape again. 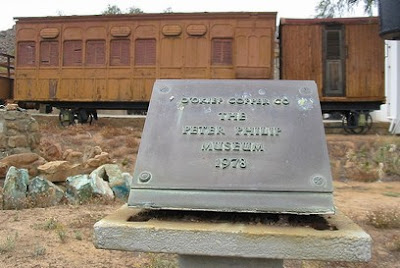 Information on Clara is a bit scarce. She has been declared a national monument. On the outside the driver cab carries the letters OCC (Okiep Copper Co.). A narrow gauge railway to serve the copper mines from Port Nolloth was started in 1876 and lasted for 68 years, carrying ore to Port Nolloth and returning with equipment and provisions. Initially the carriages were drawn by animals, steam power only came much later. Clara was the last survivor when the line was closed in 1945. 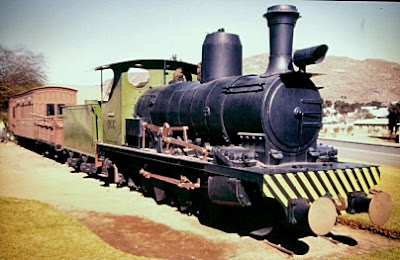 April 1994 - my own attempt on slide film to have a photo of Clara.
Sources:
Posted by Piet Conradie (for e-mail addr: see profile plse) at 9:45 PM