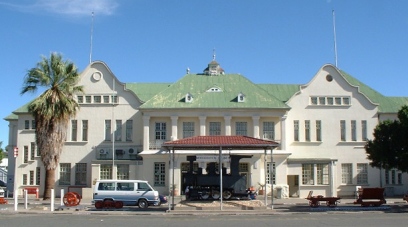 This picture taken in June 2002 shows the plinthed #154A class "Zwillinge" locomotive under a roof in front of the Windhoek station building. 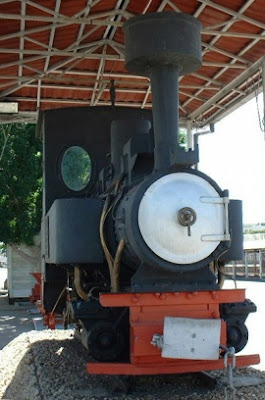 Also in taken in 2002 this is about the best picture one can take of the locomotive without getting obstructions in the picture. 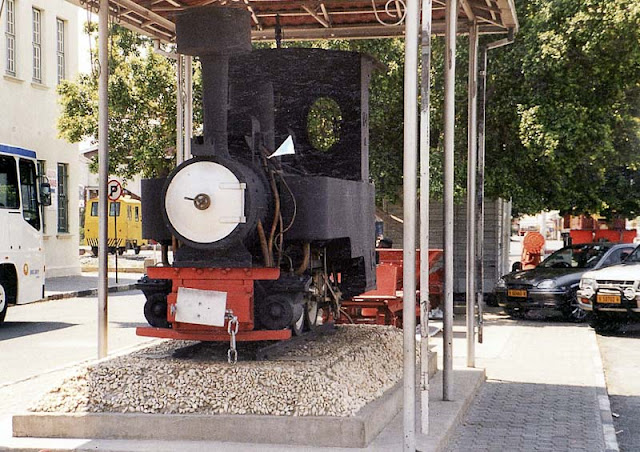 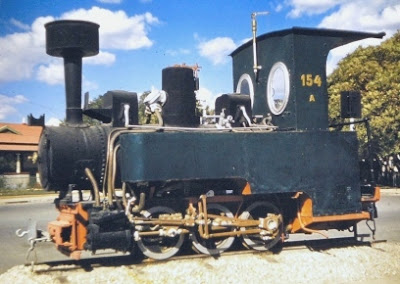 The picture above was taken in 1961 by my father Hennie Conradie when he was a teacher for one year in Windhoek. The little engine was already plinthed in front of the Windhoek station building.

Much confusion seems to exist about the maker, and year built. The bronze monument plate on the loco provides no builder name, and says it was built in "1903" and put into use in "1904, which appears likely to be incorrect, when checked against the historical background of the railway line.

Earlier publications - e.g. (Namib Narrow Gauge - Moir & Crittenden 1982) and (Helmut Schroeter and Roel Ramaer "German Colonial Railways THEN AND NOW" published by Röhr-Verlag GmbH, in 1993.) only mention Krauss, Jung and Link-Hoffman plants as builders of the Class "Zwillinge". However, Schroeter was not able to list a Krauss works no or a year for the Class "Zwillinge" road no's 141-154 (including the Windhoek plinthed loco), so some information was missing in the sources which were consulted.


John N Middleton, Compiler of "Railways of Southern Africa - Locomotive Guide - 2002 Edition", has intimate knowledge of the origin of this Feldbahn locomotive - my warm thanks to him for kindly sharing the following:

"The identity of 154A was a mystery, for many years, the main problem being, that SAR records do not show the builders details, so when the locomotive was plinthed, they used rather generic details for the plaque."

"Secondly, the available reference sources, such as "Namib Narrow Gauge", and some German language publications from the 1960's, were incomplete as regards Zwillinge lists (especially locos that came secondhand, as we think, 154A did)."

"In recent years, the full builders lists, from German builders, have become more widely available, enabling us to build up a more complete picture of Zwillinge deliveries."

"However, we may never know the full story, as these "Feldbahn" locomotives were also used in other German colonies, and some came secondhand to SWA, including, we think, 154A."

"A few years ago, I decided to make a concerted attempt to identify this loco, and with museum permission, I had a good go, including scraping the frame, to find stamped numbers; "5376" is stamped on many components, including the Boiler Back Plate - here's the record confirming this from the Henschel list:"

The pictures following were taken by myself on slide film around 1972 before this little engine was put under a roof where it can still be visited to-day. This picture shows one half of the original back-to-back twin locomotives. 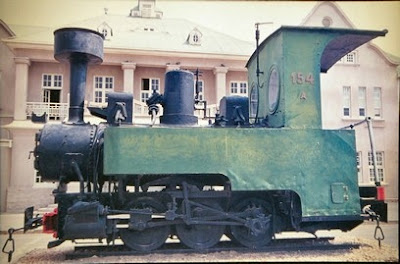 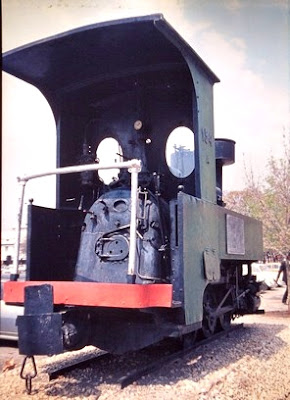 Although intended to be worked in a back-to-back pair as a single unit, all the controls were, however, duplicated on both engines. Each locomotive pair or "Zwillinge" (Twins) had a single number and the individual locos had a suffix A (high-cab roof) or B (low-cab roof). They were some times operated singly and referred to as "Illinge" (Singles). 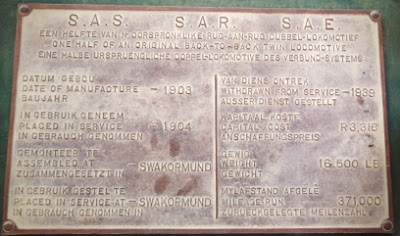 Over 50 pairs of semi-permanently coupled tank locomotives were supplied to the Swakopmund-Windhoek Staatsbahn between 1899 and 1905 by the firms of Krauss, Henschel, Schwartzkopf, Egestorf, MBA Breslau and Jung. 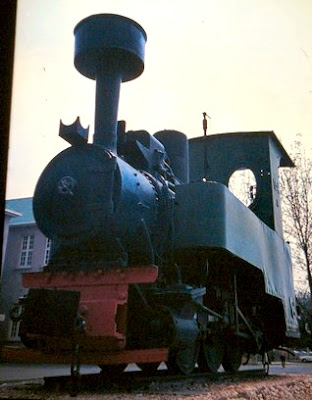 Only one engine, #154A (picture) was absorbed into SAR revenue earning stock.

This little work horse was put into service at Swakopmund in 1904, and was finally withdrawn from service in 1939 after steaming around for a distance of about 371000 miles.

At one stage time it was on display at Essenlen Park Railway College near Johannesburg, and was then returned (at least before 1961) to the then South West Africa for display in front of the station building in Windhoek. 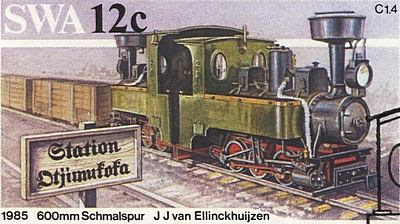 The name of the Otjimukoka station (see signboard on stamp) was changed to Johann Albrechtshöhe in 1903, and later to Albrechts.

The Philatelic Services provide this information: The first large consignment of Zwilling locomotives arrived in Swakopmund in 1898/99. They were called "Zwilling" (Twin) because they could be coupled together back to back at the cabs. The footplate staff of two could thus service both engines.

The engines had Allan valve gear. 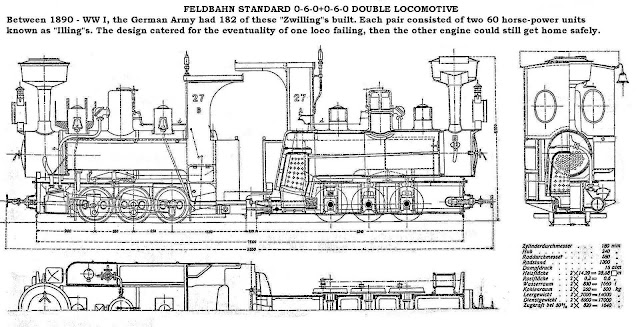 They were numbered in pairs and were marked A and B. A's cabin roof fitted over B's. They could be uncoupled and used separately, and were then called an "Illing" (Single). By 1906 there were more than 100 Illing locomotives in use. 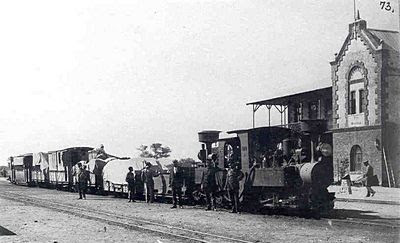 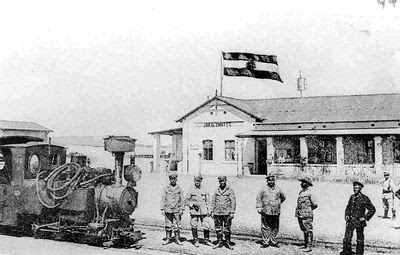 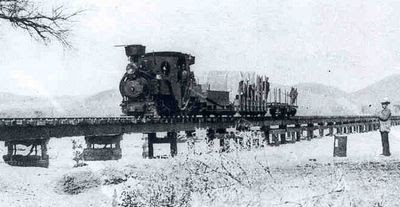 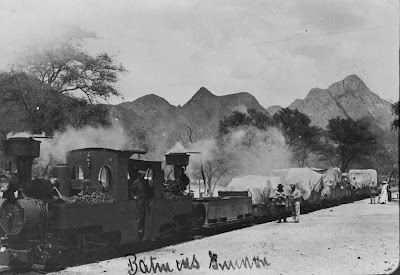 This photo is only titled "Bahn ins Innern" (Railway in the Interior). It appears to show loco's 178A & B heading the train. The first truck is the water tender, of which two examples can be seen today at the Rehoboth Museum here. 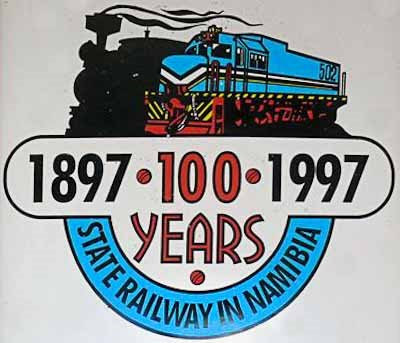 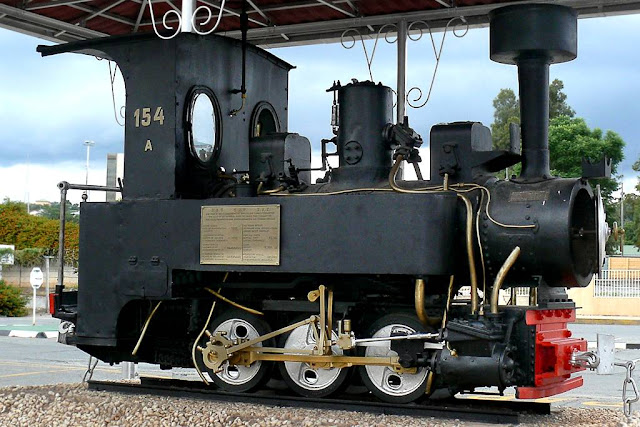 On 15 Feb 2009 Louis Conradie provided photos to enable these manipulations. Click on the image for a larger version 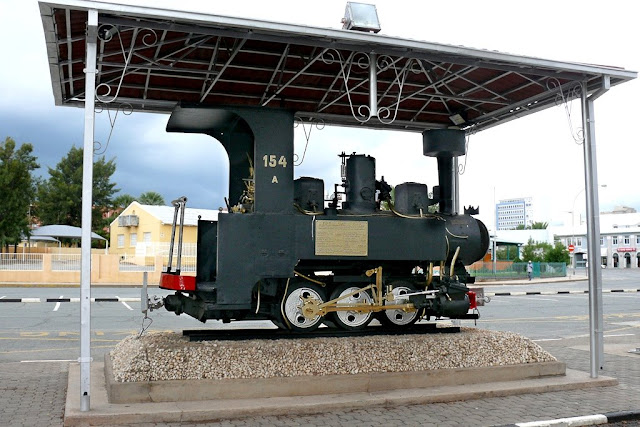 Clearly the little workhorse has been given some cosmetic restoration in recent times - this face lift has done wonders for the locomotive's image and the restorers deserve recommendations for the results! A little paint of the right colour goes a long way ... 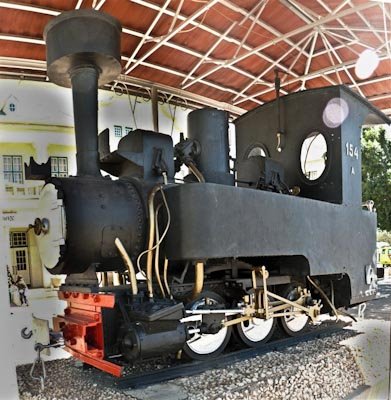 Wide angle view provided by Louis Conradie in May 2009. 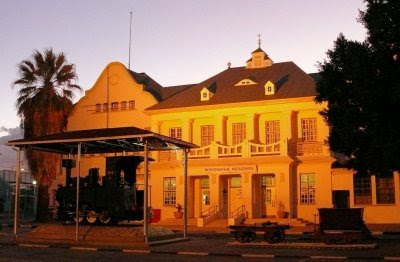 2009 night view at the station - provided by Louis Conradie

The following pictures detailing the locomotive were also kindly taken by Louis Conradie on 15 February 2009. 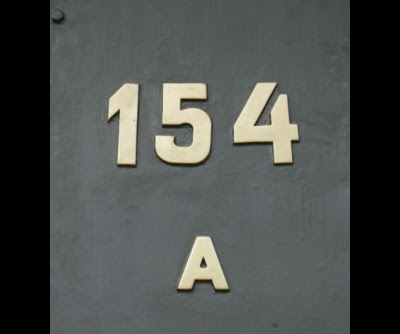 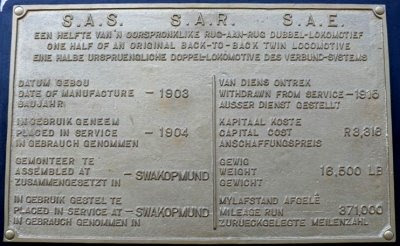 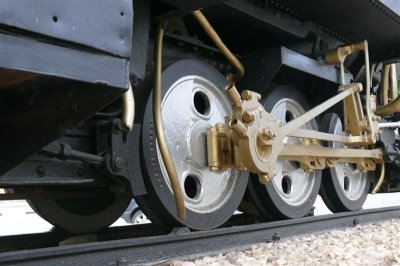 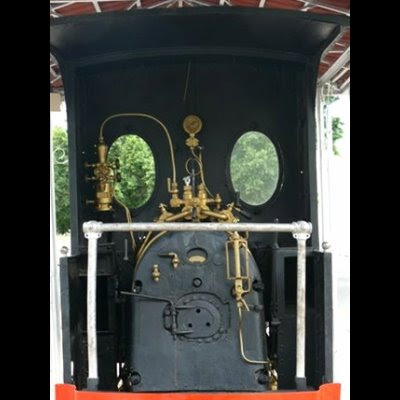 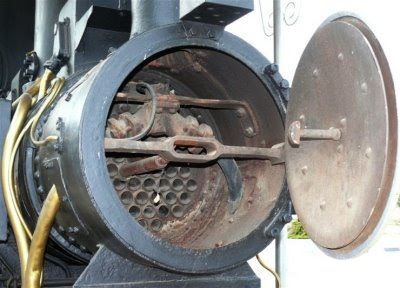 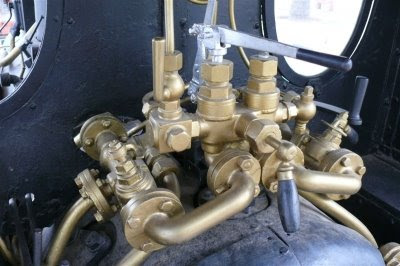 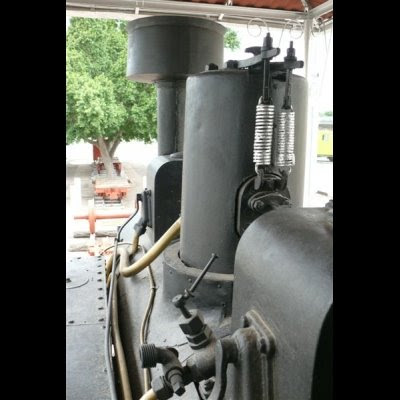 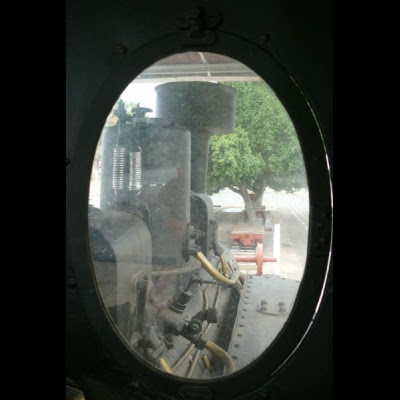 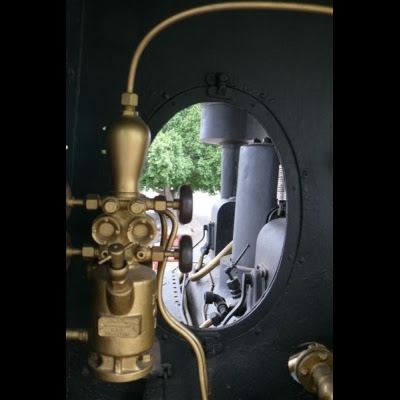 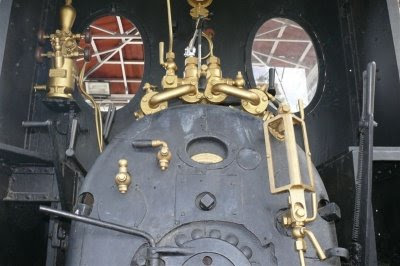 Posted by Piet Conradie (for e-mail addr: see profile plse) at 11:04 AM