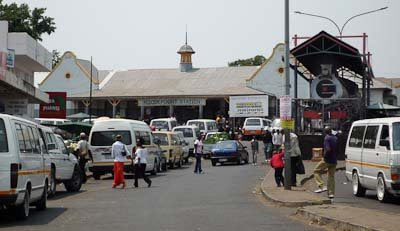 This photo shows a busy taxi rank at the Roodepoort station - the station building was built in 1911. To the right the plinthed class 10BR no. 750, built in 1910 by North British Locomotive Co as works no 18974, features under a roof. 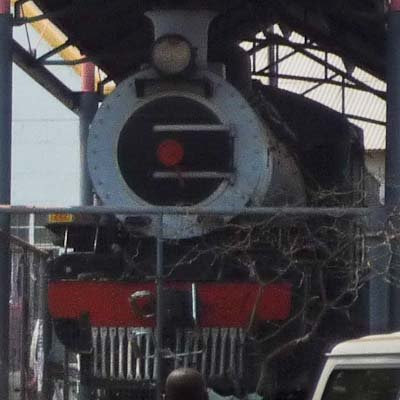 A further order for "Pacific's" (or locos with 4-6-2 wheel arrangement) to the design of G.G. Elliot placed by the CSAR with North British Locomotive in 1910, was spilt between 5 that used saturated steam and 5 that were superheated. The saturated engines (no.s 747-751) became Class 10A. During the 1930's, when many of these engines required new boilers, A.G.Watson rebuilt them with a standard No 1 boiler and they then became Class 10BR.

This locomotive has a Class sister No 756 plinthed at Kroonstad station. 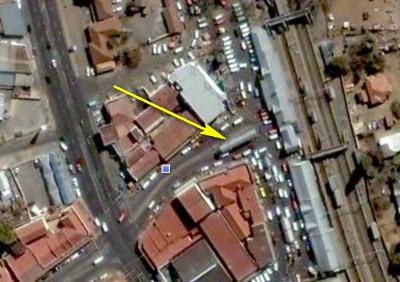 The arrow shows the location of the roofed shelter of the locomotive in front of the Roodepoort station building.

The following pictures were taken by Derek Walker. Derek's comments are also also given. 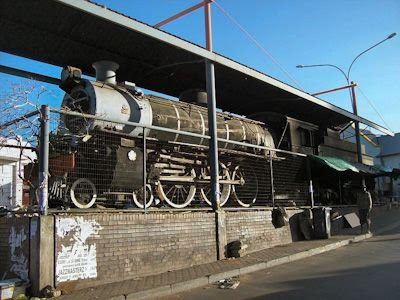 I dashed off really early this morning and shot a few shots of the loco at Roodepoort station. Surprisingly enough there is still a plaque on her, but its obscured by a makeshift plastic roof erected by the local purveyor of suspicious vegetables. What I can glean from the plaque is... 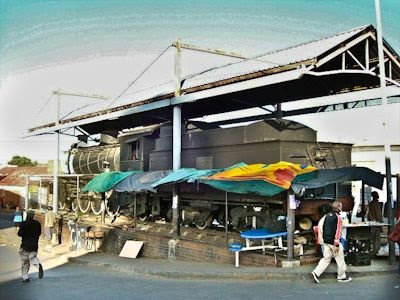 She is in surprisingly good condition, if somewhat festooned by the usual hawker detritus and rubbish. 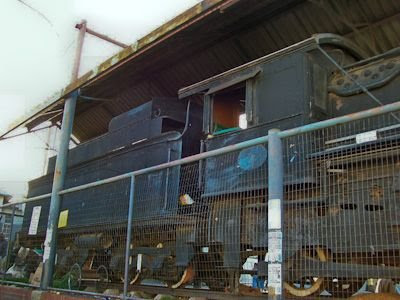 I couldn't get into the cab because it was currently "occupied".

You may see more of Derek Walker's photos taken at the Roodepoort station, by following this link. 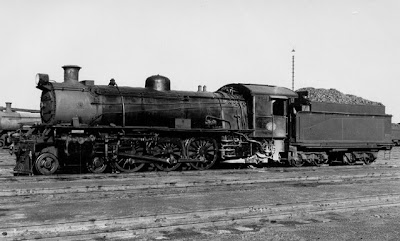