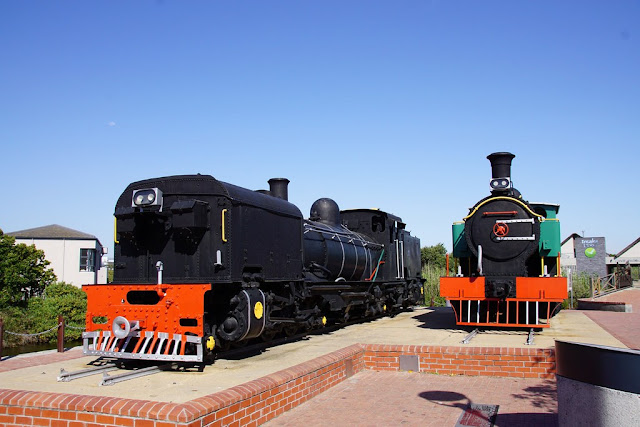 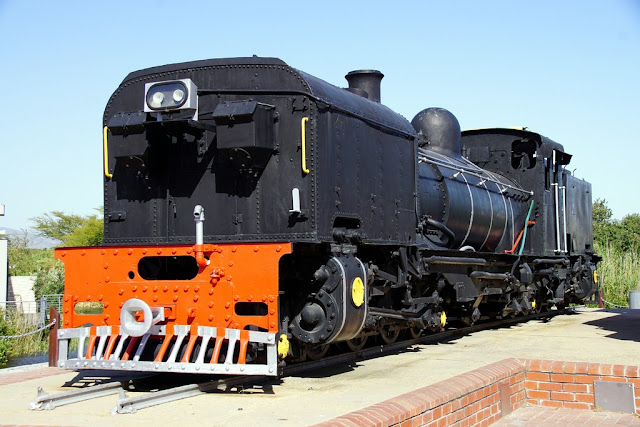 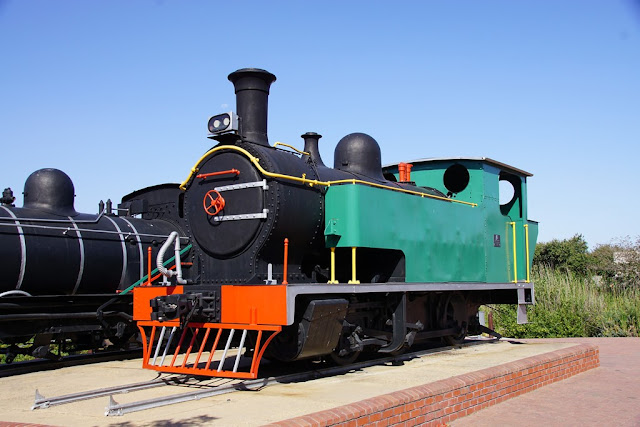 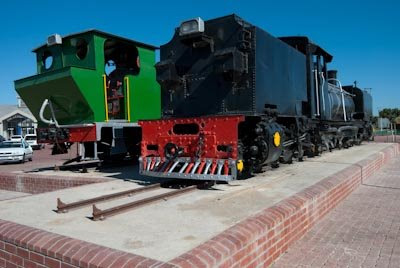 A contract was awarded to Sandstone to supply the Rabie Properties Group which owns Century City in Cape Town with two aesthetically refurbished locomotives for a new development at Century City called Central Park. 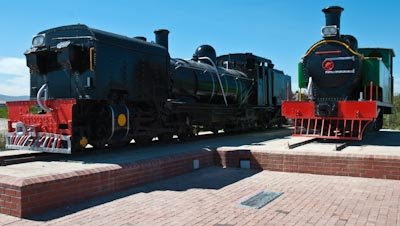 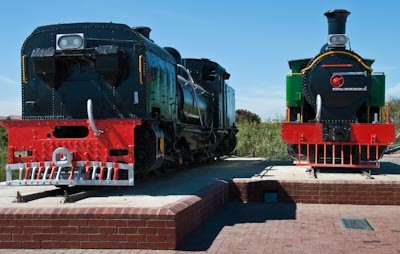 The contract was completed at the end of 2007 with the delivery of a Douglas Colliery Tank Engine which travelled by road from Sandstone in the Free State and which joined the first locomotive, a Narrow Gauge Garrett No.112 which was delivered in October 2007, and placed on the specially designed plinth. 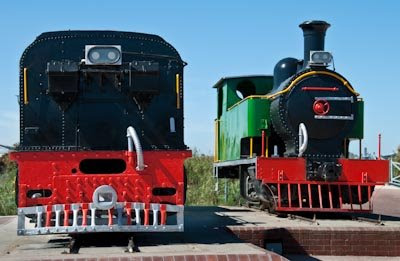 Both locomotives are the property of Sandstone, and are on loan to Century City. 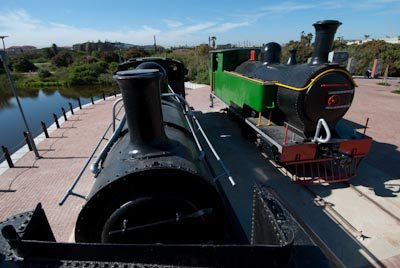 The narrow gauge Garratt locomotive has seen service in the SAR, while the industrial 0-6-0T tank locomotive worked on standard gauge at the Douglas Colliery 25 km south east of Witbank. 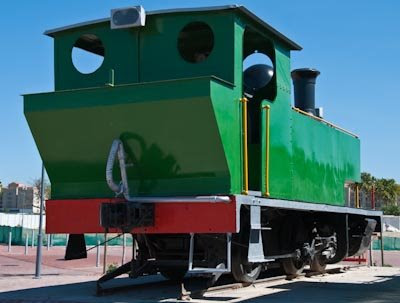 The Douglas Colliery locomotive was built at the ex Dubs Queens Parks works of North British to their work number 19790 in 1912 and delivered to the Transvaal & Delagoa Bay Collieries as their number 4, and was the second of its type, the first being number 16447 of 1904. 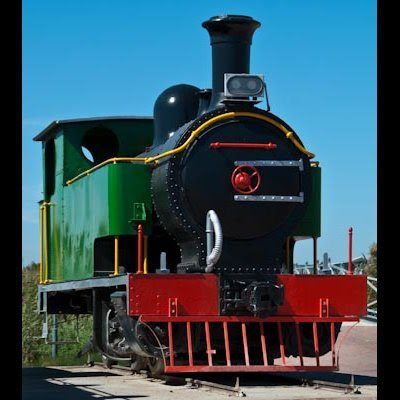 It later worked at Douglas Colliery, near Witbank, part of the Rand Mines Group, as number 3 before being preserved outside their offices. 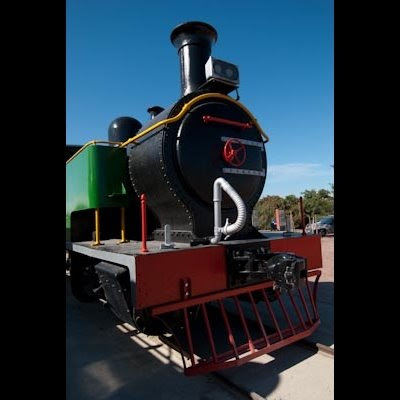 In 1998 it was donated to Sandstone and taken to the Randfontein Estates workshops for assessment, later being moved to the Hoekfontein workshops. 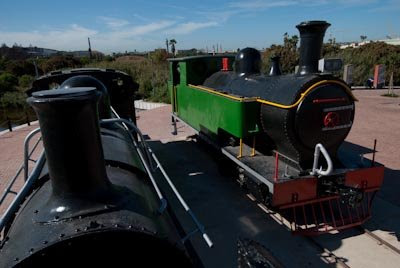 Although complete, much of the steelwork has suffered corrosion in the polluted atmosphere of the Witbank area. In terms of an agreement with Century City in Cape Town, this locomotive has received full cosmetic restoration, and is displayed at the entrance to Intaka Island. Apart from a mechanical overhaul, a new cab, coal bunker and side tanks were required. Interestingly only three locomotives from the Transvaal & Delagoa Bay Collieries survive of which Sandstone has two. The others being Barclay 0-6-0T #976 of 1906 and the Brooks 0-4-0ST #2725 of 1896 which is plinthed at a children's playground in Claremont, Cape Town. 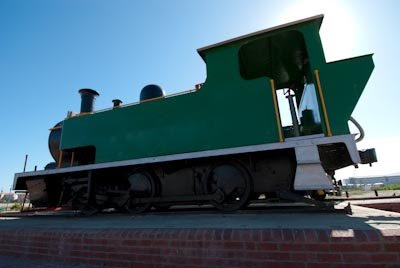 Pictures of the tank locomotive being put on display at Intaka may be seen here. 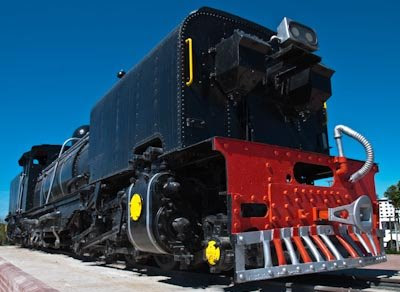 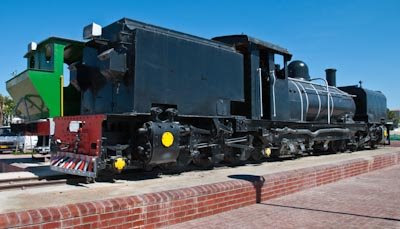 #112 was built in 1939 as part of an order of eight engines No NG109 to NG116 - these were placed in service on the 2 ft narrow gauges branch lines in Natal and the Avontuur line. #112 began its working life on the Ixopo Branch in Kwa Zulu Natal, being based at Umzinto. On withdrawal in 1977 it was staged there until its disposal to Ratanga Junction. 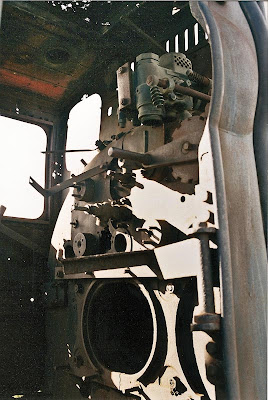 The developers of Ratanga envisioned a steam railroad operation .... 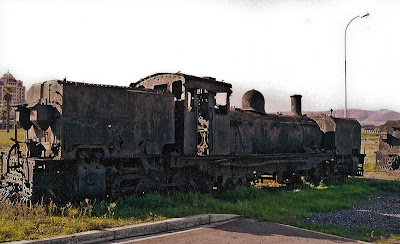 .... but this never got off the ground and sadly the locomotives rusted away in the Cape weather. 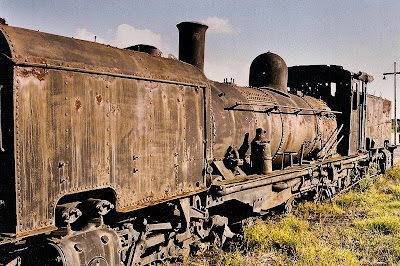 In December 2005 #112 along with its sister #110 were transported to Sandstone for appraisal. 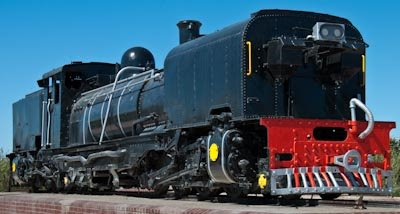 #112 was cosmetically restored and returned to Century City in 2007 for display at the entrance to Intaka Island.

More detailed information about the restoration of #112 and pictures of it being put on display at Intaka Island may be found here.

A sister engine #111 is plinthed at Gold Reef City in Johannesburg.

The photos above were all taken on 1 April 2009. Of concern was that the (wooden) number plates, the restored seats and windows of the garratt were all missing.

NOTE: Most of the information given here was sourced from Sandstone web pages as well as their publication "The Sandstone Steam Railroad" compiled by Dave Richardson & Joanna Molyneux-Killik (2006).
Posted by Piet Conradie (for e-mail addr: see profile plse) at 8:34 PM