The pictures in this entry were taken by myself on 2 September 2005. 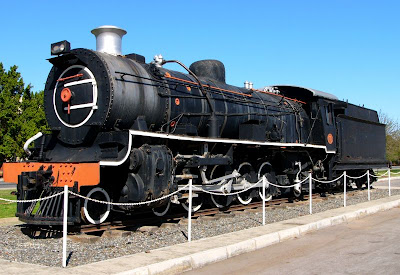 The 4-8-2 locomotive plinthed next to the main street in Ashton, Western Cape, is a SAR Class 14CRB engine n0 2010, built in 1919, as works no 60565 by the Montreal Locomotive Works division of the American Locomotive Co ("ALCO").

Withdrawn from service 1983 and plinthed in Ashton's main road. Moved to new position around 2000. Formerly used on the Worcester - Riversdale line in 1970's. Rumoured to have a damaged frame, but as it steamed to Ashton prior to plinthing, this is untrue. [Source: Dylan Knott - FOTR forum] 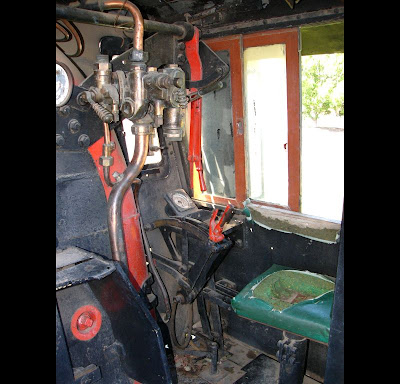 The year 1918 saw a radical departure from the accepted Hendrie design of locomotive in the introduction of the classes 14C and 15B. Both classes were built by the Montreal Locomotive Works division of the American Locomotive Co, and while built to the specifications of D. A. Hendrie, they were designed by the manufacturers. As a result, they followed American practice in many ways, being fitted with bar frames, large cabs and other details. 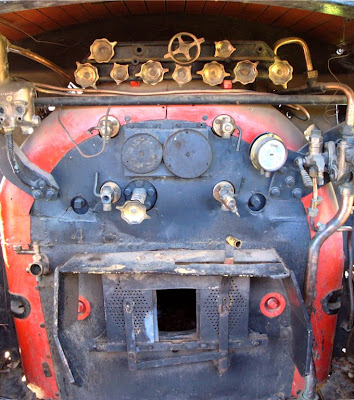 The class 14C proved good engines but had some rather bad teething troubles. Once these were overcome, they gave a good account of themselves. 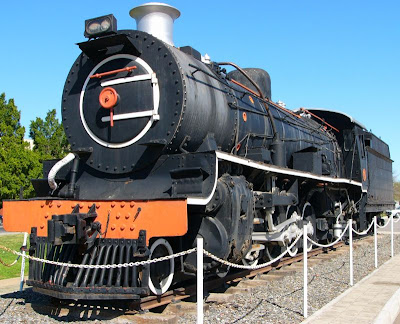 A number of these locomotives were re-balanced in later years and their axle loads reduced to enable them to be used on branch lines. In this form they became the class 14CB and, when reboilered with the standard No 2 boiler, became the 14CRB, the others becoming the class 14CRM ('M' for mainline working). 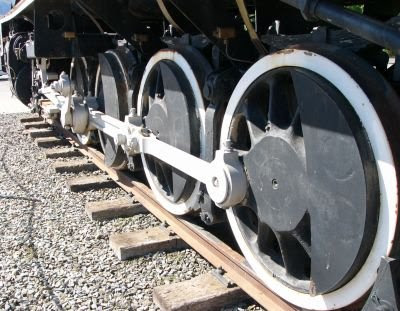 The original order was for twenty, but further orders were placed between 1918 and 1922 as shown in the following table. 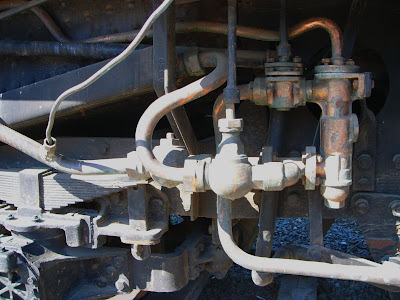 The SAR Class 14 was a development of the Class 12, and was originally designed for use on the tightly curves and heavily graded Natal main line. 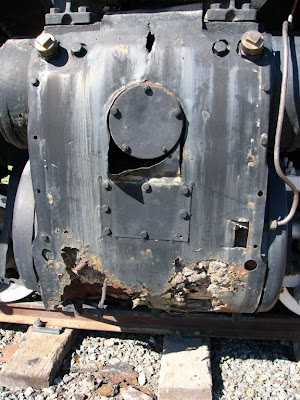 The wartime shortage of locomotive manufacturing led to the ordering of 73 locomotives from the Montreal Locomotive Works to the Class 14 specifications. They were delivered gradually between 1918 and 1922 and were classified SAR Class 14C. 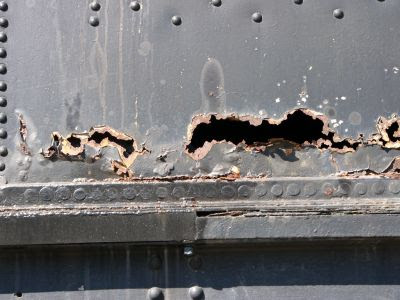 Although they embodied much sound North American technology such as bar frames and high running boards they were nonetheless plagued with teething problems. Once these were rectified, they went on to become fine performers and have been associated with hard work all their lives. They have always been allocated to the Cape eastern system where they have slogged away the years through the Kei cuttings on the Umtata branch.

They were also allocated to the western Cape where they once banked over the Hex River Pass and more recently worked with the 19C class over Sir Lowry's Pass to Caledon. A few saw use on the Cape Midlands, Natal and eastern Transvaal. 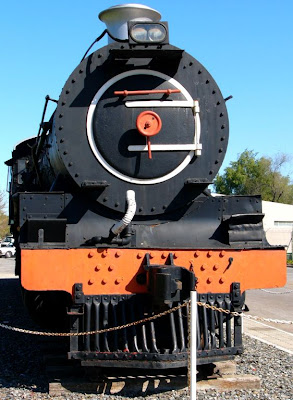 In the early 1930s some of the Class 14C were rebalanced to reduce the hammer blow to the track which occurred when they were run at speed. This enabled them to be used on branch lines laid with 60-lb rail. 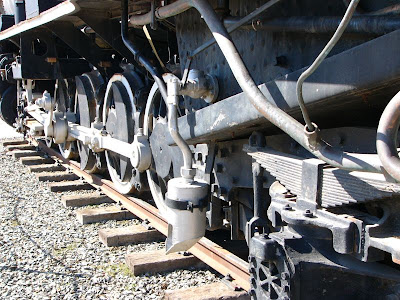 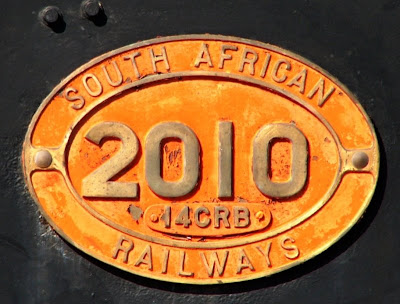 After reboilering with the standard No 2 boiler the Class 14CB was designated Class 14CRB.

The non-modified Class 14C's, after reboilering, became Class 14CRM. The 'M' and 'B' suffixes indicated main-line or branch-line usage respectively. They were all withdrawn by 1983.


When we passed through Ashton on 19 Feb. 2011, the painters were working on the locomotive, and it was clear that some restoration of the rust holes in the water tender was underway. 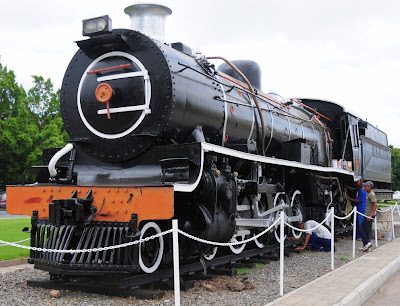 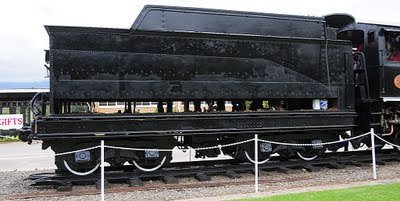 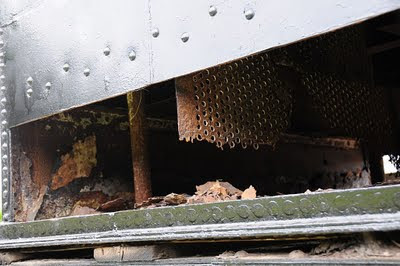 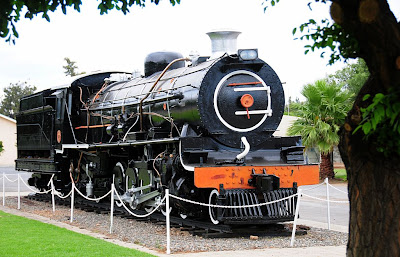 We again passed through Ashton a week later, and the work on the locomotive was completed. She must now rank as the best looking cosmetically restored locomotive plinthed in an open public space anywhere in South Africa, not counting loco's such as those at Gold Reef City or the Queenstown Casino, as these are not technically displayed in public spaces. 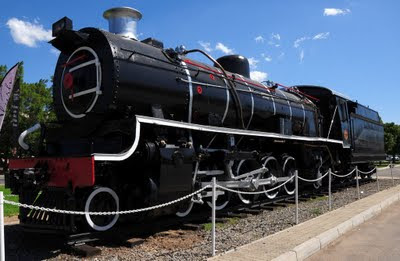 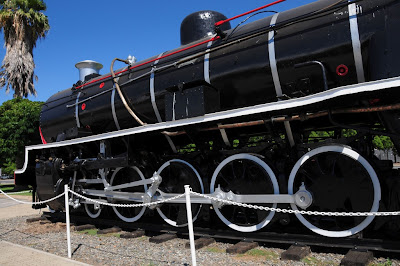 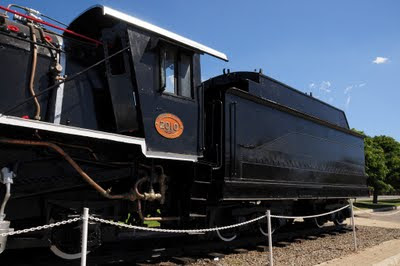 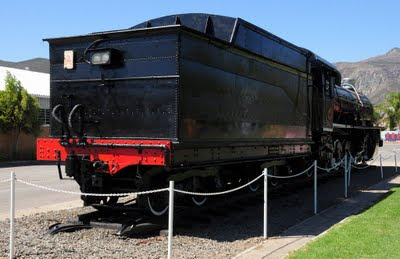 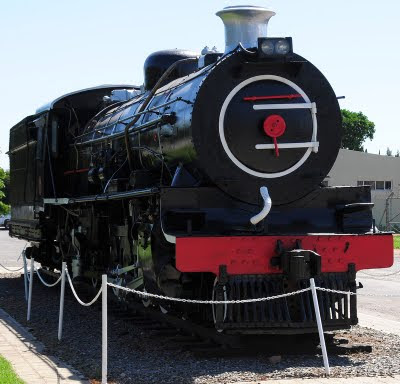 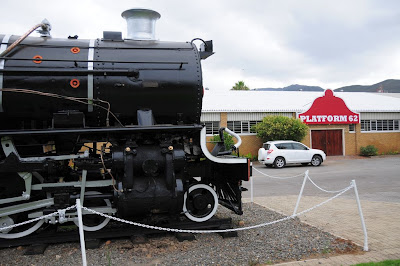 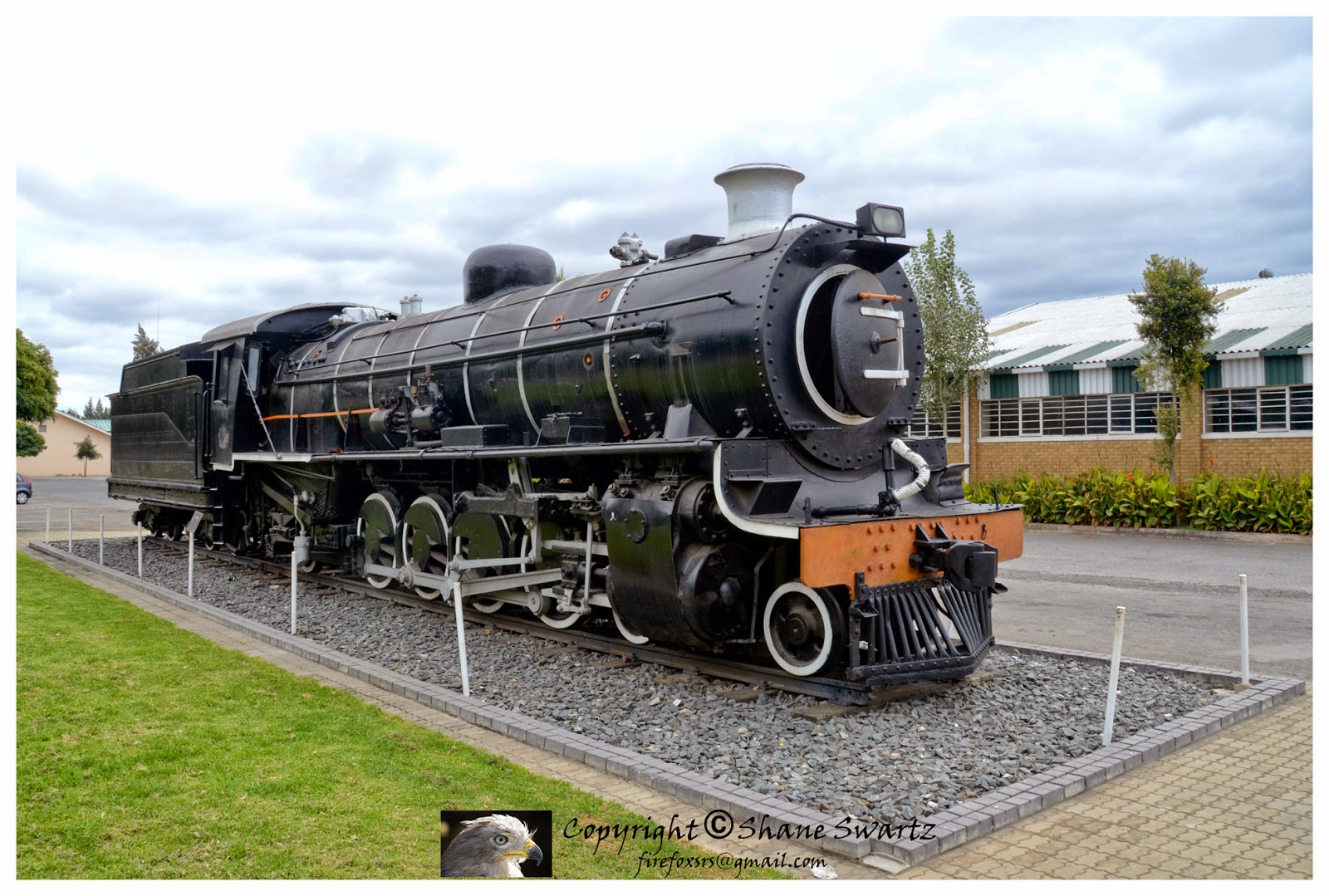 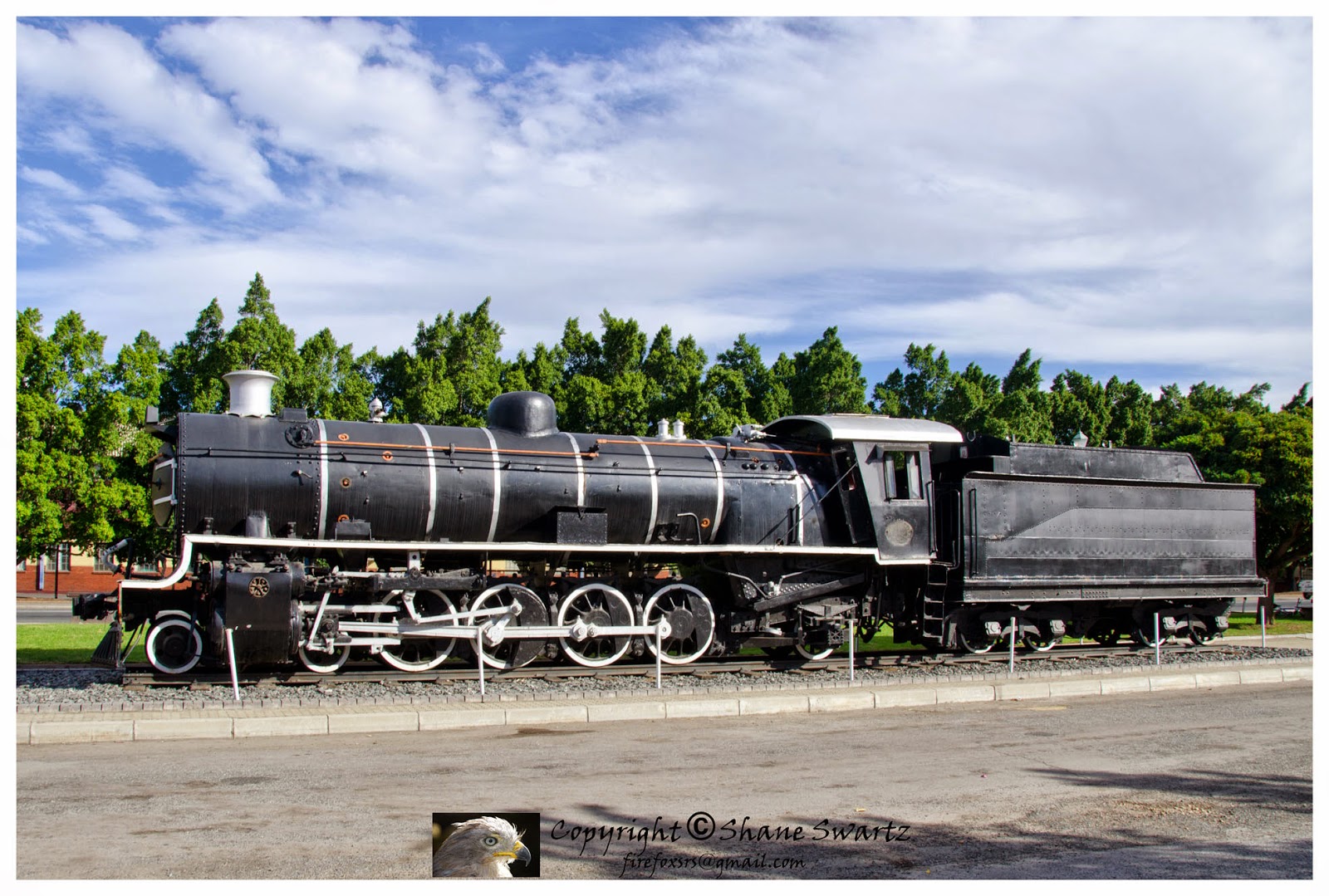 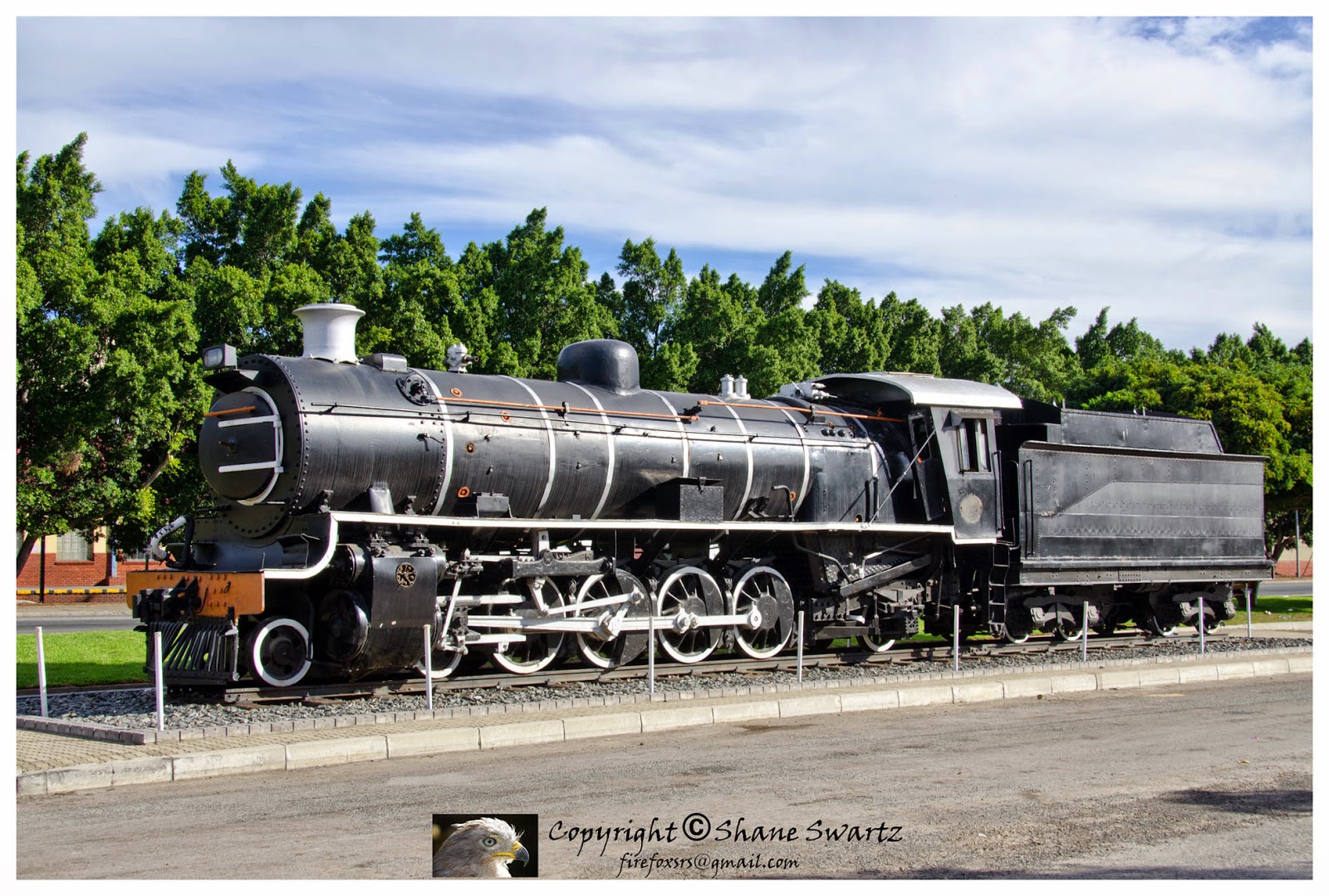 From the Past: 14CRB #2010 still in steam!!!Many thanks to Adelbert Stigling for sharing some beautiful memories and images of #2010: "During my stay at Bityi in the Transkei, from 1971 to 1974, CRB 14 No 2010 operated from Umtata to Butterworth with her regular Driver Jan Bosch on the daily Passenger train to Amabele; his brother Nick Bosch was his guard, and they returned with a goods load during the afternoons. Jan always kept 2010 immaculately clean and shining." 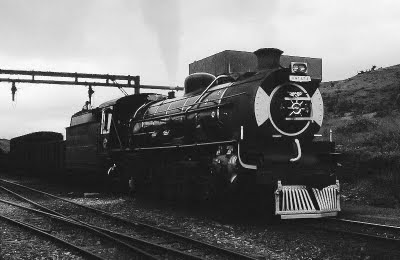 Adelbert Stigling comments: "This image shows #2010 on her return trip to Umtata from Butterworth at Bashee River crossing point between Munyu and Bityi Stations. My late father accompanied them on that trip from Bashee to Bityi, and it took two hundred shovels of coal from Bashee to get out of the Mtentu Cuttings before the fireman could sit down for the first time - it is about 16 km climb from Bashee before the line levels out again." 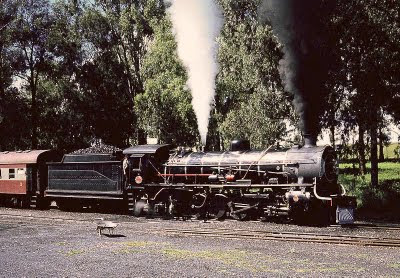 These photos were taken on the morning trip to Butterworth, with the passenger train here at Bityi, while the loco was taking on water, and having the coal on the tender trimmed down. 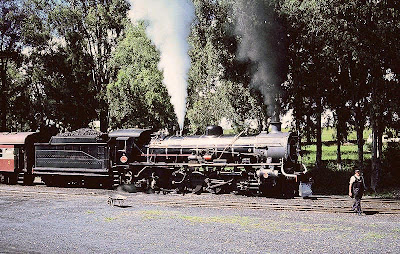 Driver Nick Bosch walking away from the engine. 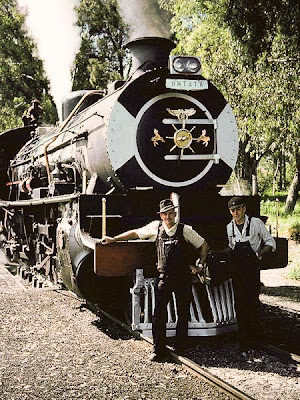 From the Past: A near sister engine when still in steam. 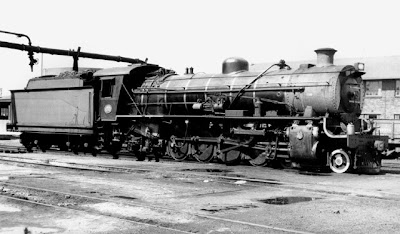 Specification details for the SAR Class 14C (including Class 14CRB) may be found here.

Posted by Piet Conradie (for e-mail addr: see profile plse) at 9:08 AM