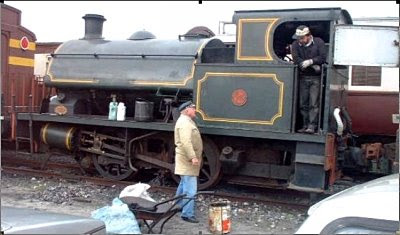 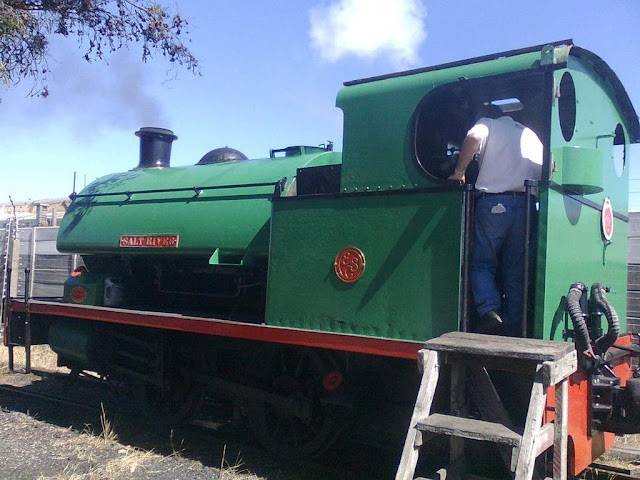 She was originally used for hauling coal trucks at the Paarden Eiland power station. The boiler consists of 107 tubes and is not superheated.

PUG proved a real little workhorse hauling the Epping Choo-choo while the class 24 was being repaired. 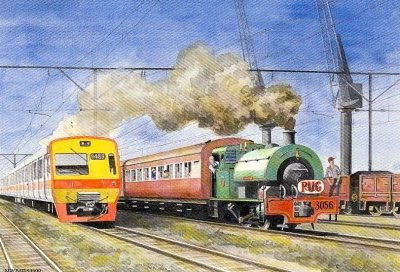 This water colour painting made by M.W.Bates in 1990, appeared on a greetings card, with these details:

"Pug, the 0-4-0 saddle tank locomotive, now well known at Cape Town, puffs proudly through the harbour area on a special. Built in 1953 for ESCOM she hauled coal for years at the Paarden-eiland power station."

"Alongside stands the spanking new Class 8M high-tech electric train which was doing trials at the time. These began working in 1989 in South Africa and many are in production in South Africa."

The Bagnall saddle tank locomotive was stationed at the Salt River Power Station at Paarden Eiland, Cape Town. The powerstation was coal fired and was served by a SAR industrial siding from the north of side of the SAR yards between Esplanade and Paarden Eiland stations. The loco, which was kept in superb condition, was used to shunt coal brought in by the SAR. The steam locomotive was donated (hence the name PUG = Pretty Useful Gift!) to the RSSA, Western Cape Railway Preservation Trust in late 1989, although available for use by Escom if required. Pug was operated by the RSSA on the SAR branch on the 2nd Sunday of each month. Trains started from the Opwekker siding, off Marine Drive, Paarden Eiland. 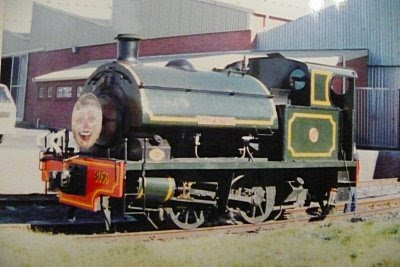 The "SALT RIVER" name plate is visible on the side of the tank.

The Sunday specials operation was later moved to the sidings serving the Epping Market area, and this is where I saw PUG in operation in April 1994. 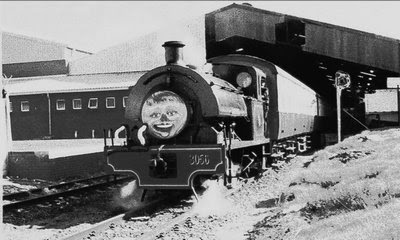 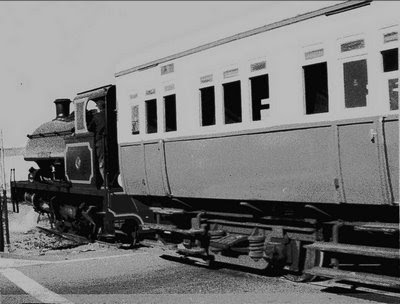 The current status of this locomotive in April 2009 is unknown.
Posted by Piet Conradie (for e-mail addr: see profile plse) at 9:09 AM