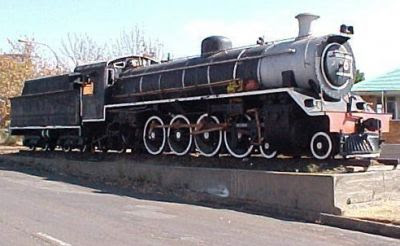 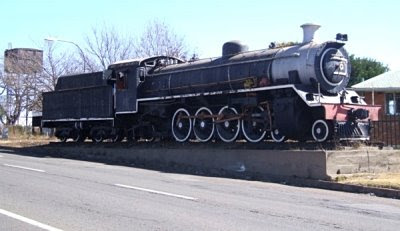 This picture was taken on 28 July 2008 by Johann & Elsie Kritzinger. 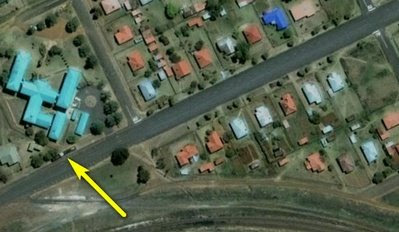 This type 4-8-2 locomotive is plinthed at the western end of Main Street in Breyten as shown in this 2006 Google Earth view.
Posted by Piet Conradie (for e-mail addr: see profile plse) at 10:26 AM