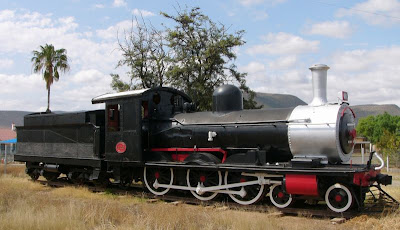 Dübs and Co Henry Dübs came to Glasgow from Beyer Peacock to be works manager for Walter Neilson at the Springburn Hyde Park Works. However, the two men had major disagreements over the operation of the works, as a result of which Dübs left in 1863 and founded his own, very successful locomotive works at Queen's Park on the south side of Glasgow.

This SAR Class 6 engine no 429, originally built for the Cape Government Railway CGR), and later absorbed into the South African Railways stock, was constructed at the Queen's Park works of Dübs & Co as no 3097 at the Glasgow Locomotive Works, in 1893, as the works plate shows. The distinctive diamond-shaped works plate is believed to have derived from the mark on the bricks used for building the factory at Queen's Park.


July 1978: Photo by David Werbeloff. Note the signboard which was likely to have referred to the road service to Murraysburg about 100km west of Graaff-Reinet. 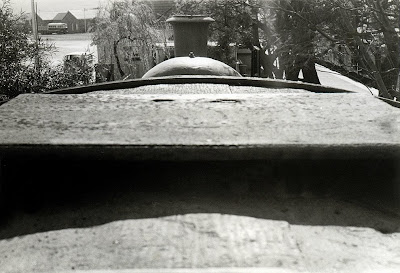 July 1978: Photo courtesy of David Werbeloff. In April 2011 David noted: "I climbed up to the top of the cab of #429 on Graaff-Reinet station platform. It's interesting because it shows an active station with a goods train at the platform, and an RMS bus in the background, probably going to Murraysburg." [Click on image to view the detail better - Piet]

Henry Dübs died in 1876. The company was afterwards managed by William Lorimer, although the Dübs family retained partnerships in it. In 1903 Dübs & Co combined with Sharp, Stewart and Neilson, Reid to form the North British Locomotive Company. The Queen's Park Works, however, continued to be known locally as "Dübses" for long after amalgamation had taken place. 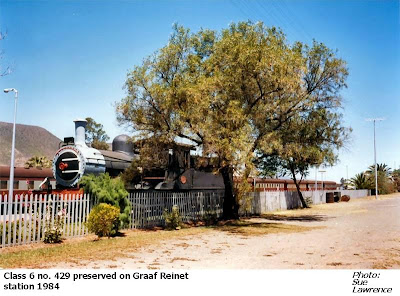 Initially the locomotive was plinthed on the platform of the Graaff-Reinet railway station as shown by previous two pictures.

We visited Graaff-Reinet on the 4th September 2005 and the photo's following were taken then. 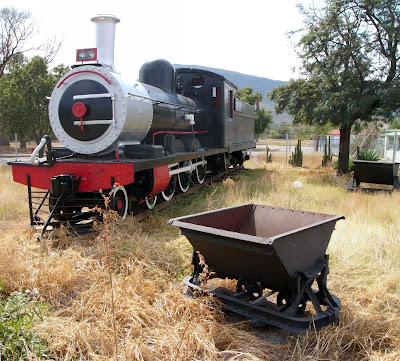 The history of these cocopans becomes evident when one studies the following two photos of the coaling stage taken by H.G. Graser in Nov 1979. 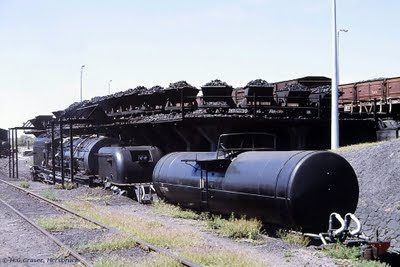 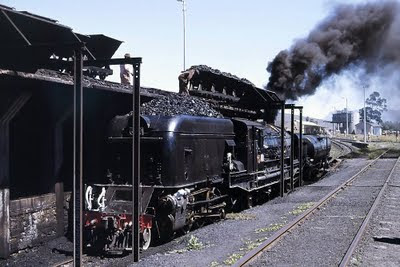 The coaling stage at Graaff-Reinet station. David Werbeloff wrote: I don't have a photograph of the coaling stage at G-R, but I vaguely remember that there was a similar system at Rosmead: The locomotive tender would be parked beneath the coaling stage, and the coal was dumped from the cocopans into the tender, powered, of course, by hardworking black gentlemen. Photo (c) HG Graser, Hersbruck as published in Steam Safari Nov. 1979: part 4 (German text)

In 2001 the line to Graaff Reinet was also closed and therefor the station fell into disuse. It was a very positive move to re-plinth the old engine on the East side of College Road (when taking the N9 to the South). 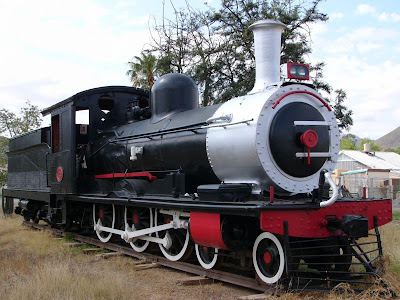 In this position engine no 429, built in 1893, may serve as another of Graaff-Reinet's many tourist attractions.

The locomotive is protected from vandalism behind a fairly high fence, which unfortunately, is the proper thing to do these days. 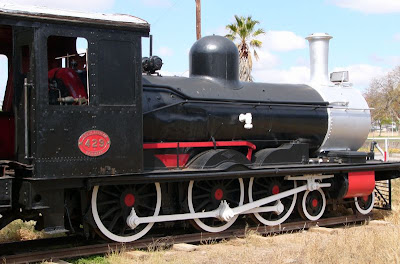 Wonderful what a coat of fresh paint can do in the way of cosmetic restoration. 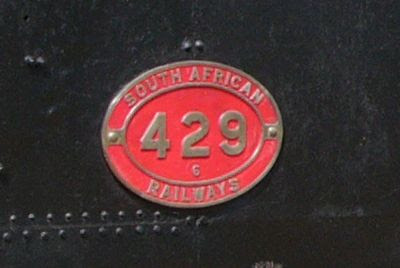 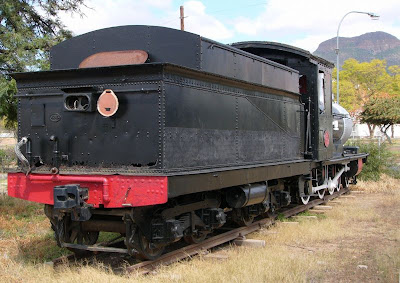 Rust holes are visible on the back of the tender. 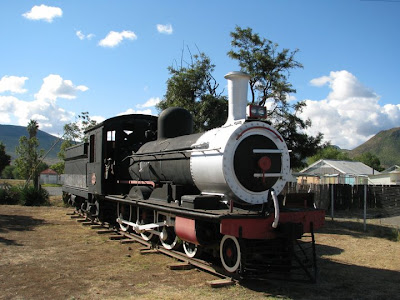 This July 2010 photo by Andre Guelpa shows the latest condition of this proud town guard. 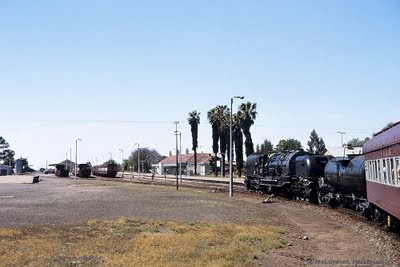 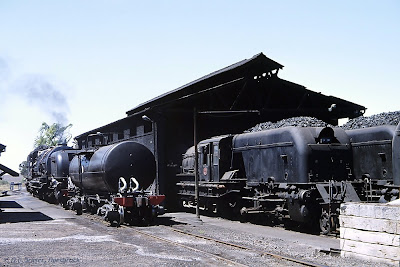 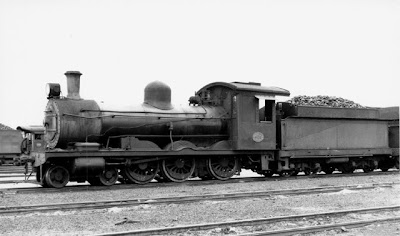 Specifications for SAR Class 6 may be found here. 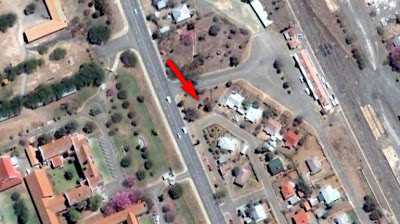 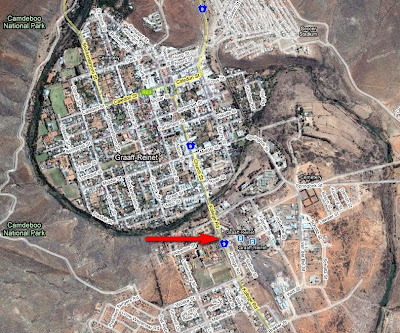 Sources:
Posted by Piet Conradie (for e-mail addr: see profile plse) at 9:15 AM