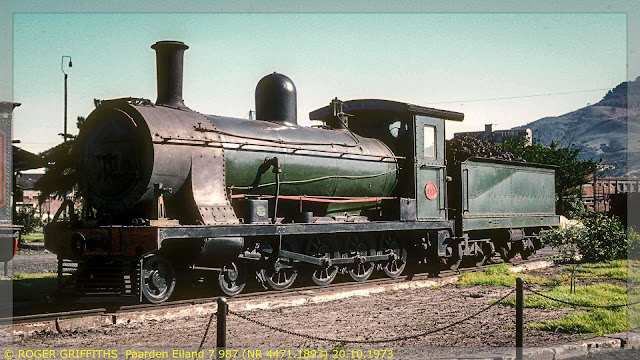 This was one of the locomotives Roger Griffiths found at Paarden Eiland in October 1973. Compare with next image some years later. 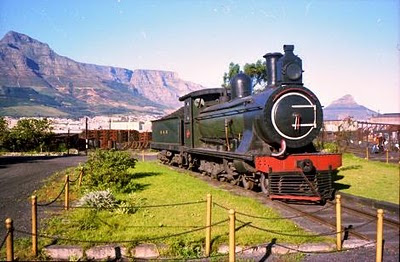 On 12 October 1978 Alan Saunder (www.steamtrain.co.za) found this loco Class 7 no 987 at Paarden Eiland (Cape Town & Table Mountain in the background). No 987 had been restored at the workshops, and was ready to be delivered to Matjiesfontein, where she would become part of the display in the still-planned village museum. Earlier no 987 saw service on the Ladismith branch line - more details below. 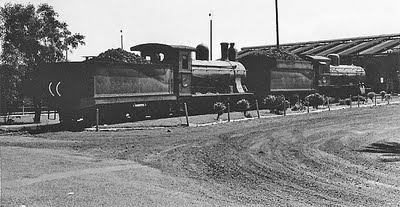 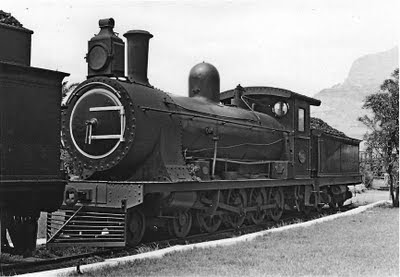 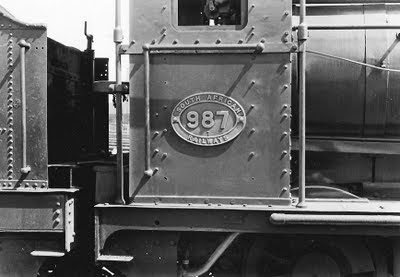 Way back in the late-late 1970's this locomotive and a number of railway coaches were parked in the veld at Matjiesfontein Village. 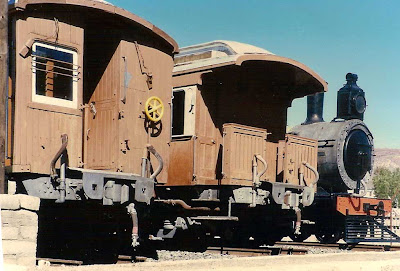 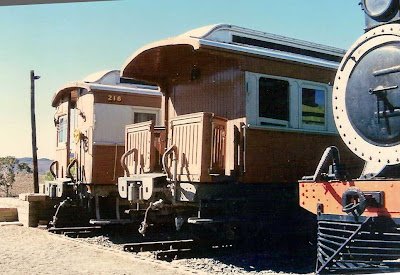 These photos below were taken during our visit to Matjiesfontein in August 2008. 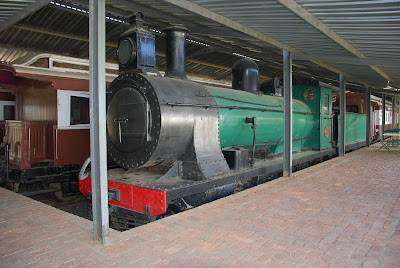 Later the Matjiesfontein Transport Museum was built nearby, and the locomotive .... 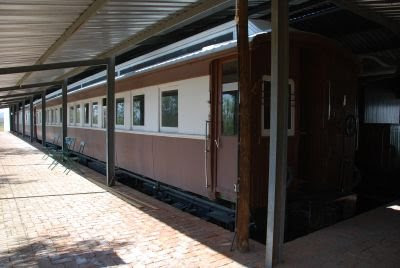 ..... and coaches became part of the under cover display. 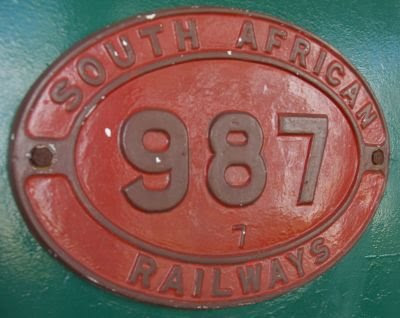 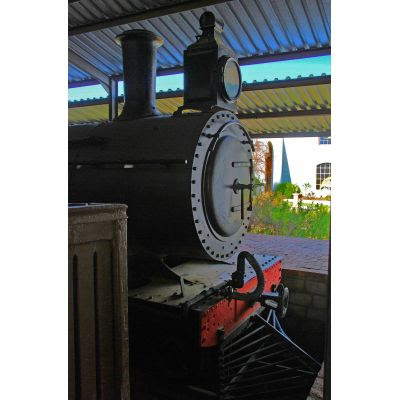 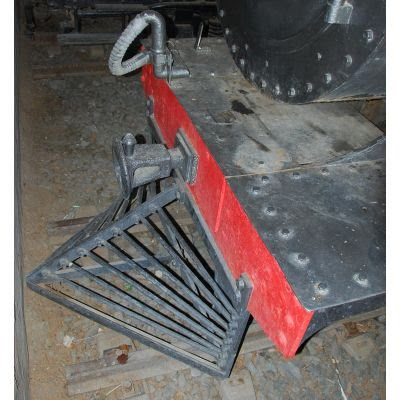 The Class 7 locomotive dates from pre-SAR days, 38 of these were put into service during the years 1892-1893. The 1st 6 engines in the class were built by Dübs, the balance was supplied by Neilson & Co. 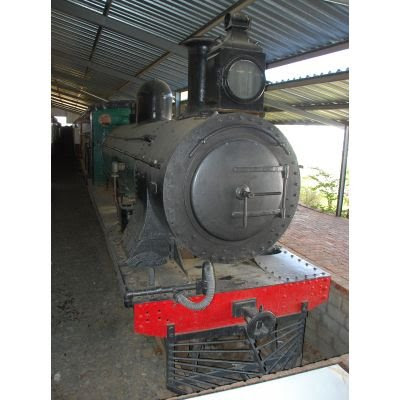 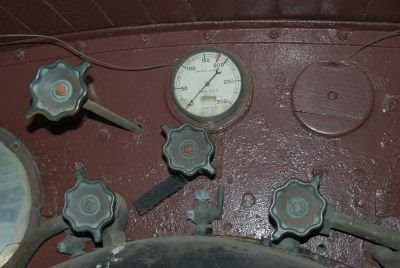 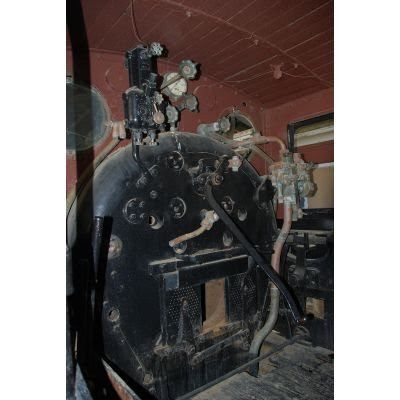 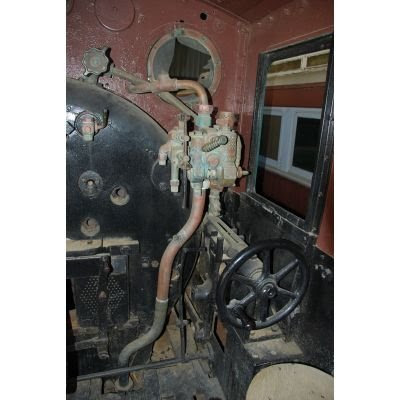 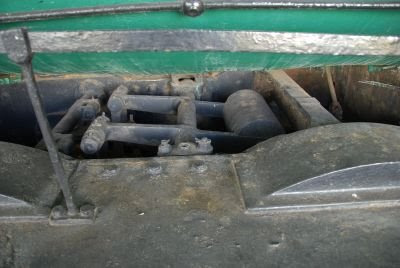 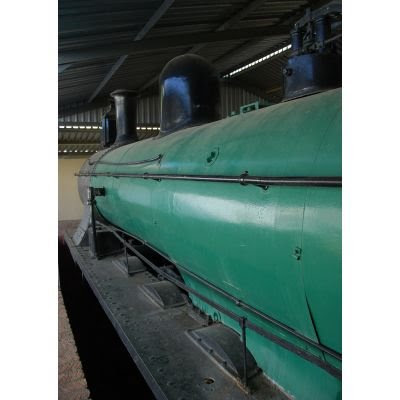 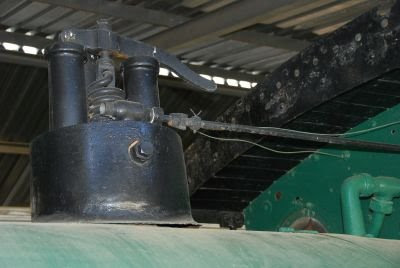 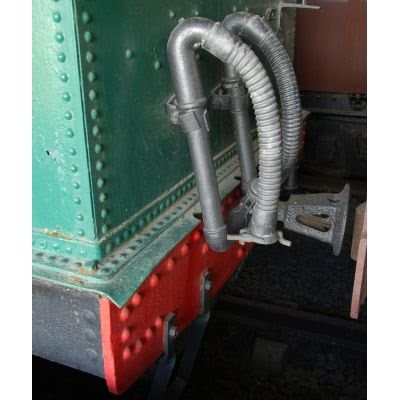 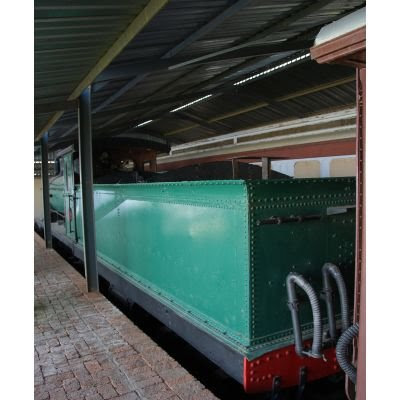 You may also compare this locomotive with Class 7 sisters no 950 at Upington, no 970 in Riversdale and no 975 at the Anglo-Boer War Museum, Bloemfontein.

Specification details for Class 7 may be found here.
Posted by Piet Conradie (for e-mail addr: see profile plse) at 9:16 AM