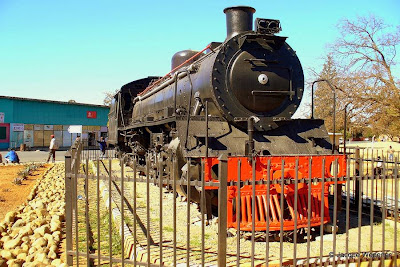 12 June 2012 - this image courtesy Jacque Wepener shows a locomotive in Schweizer-Reneke which beautifies this public area in town. The locomotive was recently fenced in and given a fresh layer of paint. The picture is in sharp contract with the photos below which was taken some years earlier. 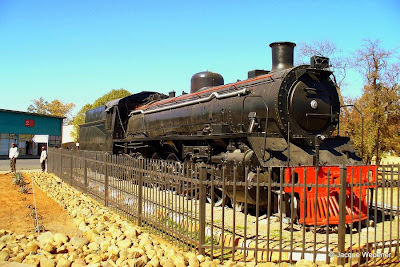 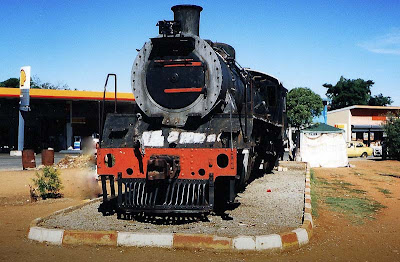 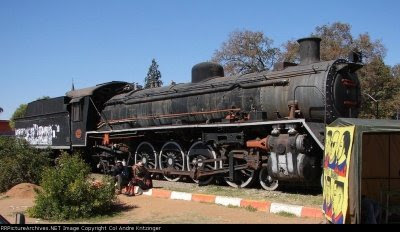 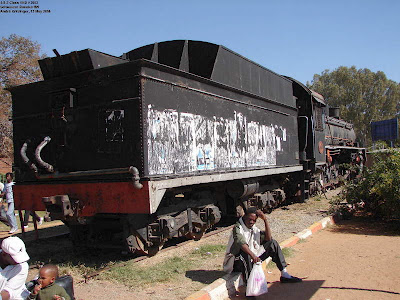 13 May 2006 photo courtesy André Kritzinger
She now serves as town guard (and sometimes as billboard) in Schweizer-Reneke. 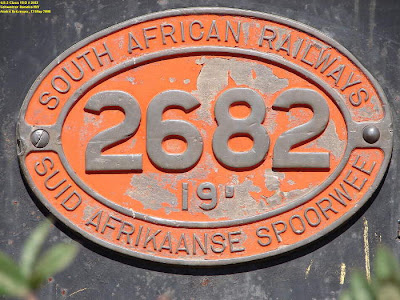 Kevin Wilson-Smith posted the following photo's to the "Friends of the Rail" forum in Jul 2008 after making a long trip. It was already dark when he discovered the Class 19D No 2682 plinthed in the town center of Schweizer-Reneke 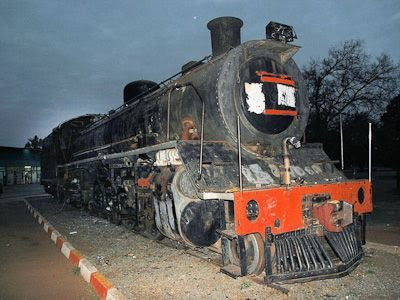 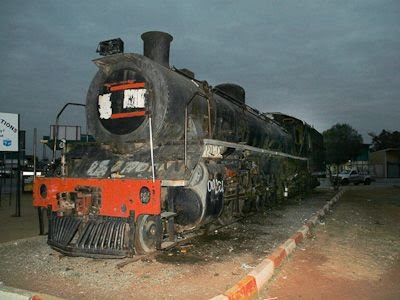 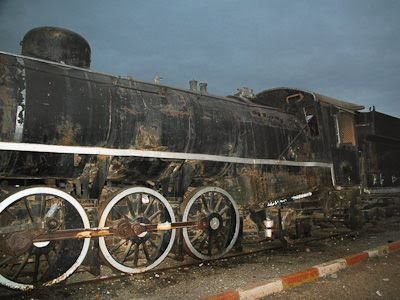 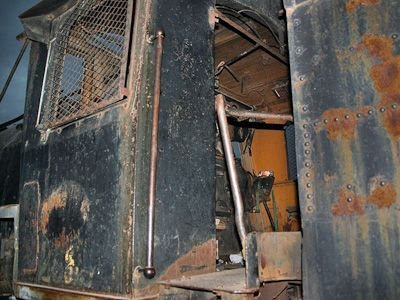 Photo: Kevin Wilson-Smith 2008
Originally protected from vandalism, it was eventually broken open and stripped from all brass fittings.

These versatile locomotives saw extensive service on every system of the SAR and were amongst the last steam locomotives to be withdrawn from active service.
Posted by Piet Conradie (for e-mail addr: see profile plse) at 7:35 PM