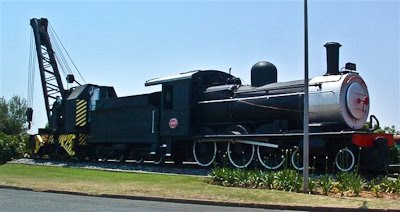 The photo was posted to the Friends of the Rail forum. It shows the Class 6A No 482 as plinthed at the entrance of the Koedoespoort Workshops. The engine used to stand mounted at the foundry entrance. 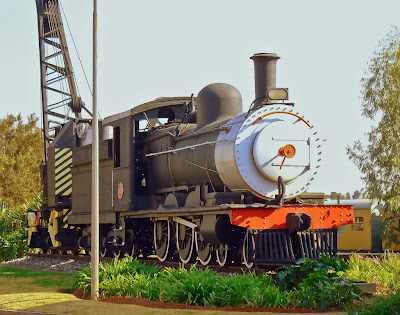 This locomotive was built in 1896 as works number 4117 by Sharp, Steward & Co Ltd, Glasgow, Scotland. 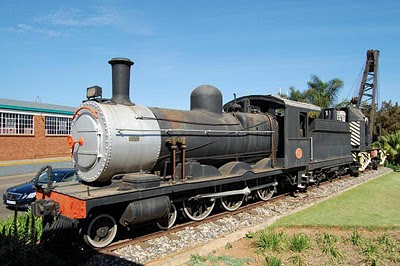 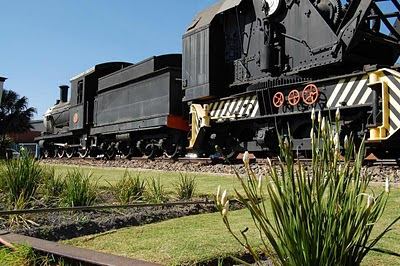 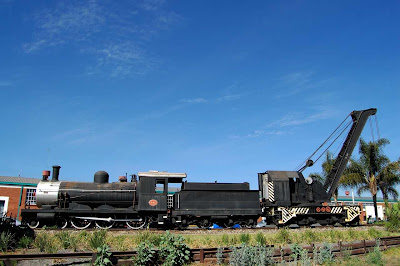 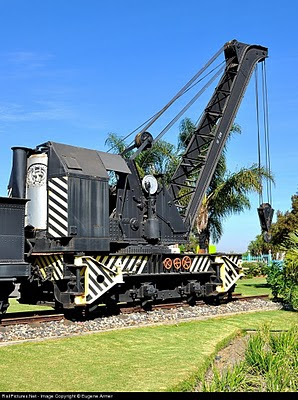 19-09-2009 Koedoespoort Works Visit - Photo © Eugene Armer as posted here on RailPictures.Net. Eugene noted: For many years this Cowans Sheldon 10 ton steam crane worked at South African Railways' Koedoespoort workshops. Today the workshops belong to Transnet Rail Engineering and the crane is a museum piece, mounted on a short piece of track at the main entrance to the works. Taken with permission during a Railway Society of Southern Africa group visit. 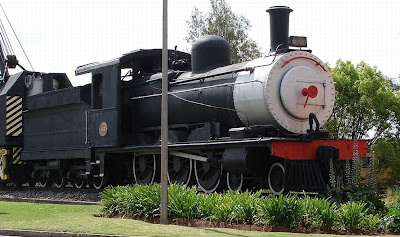 It is great to note that this locomotive is preserved in a friendly environment! 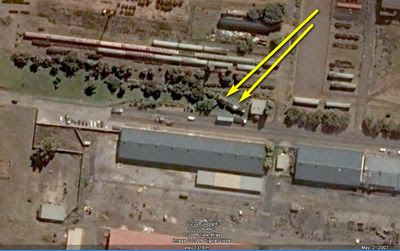 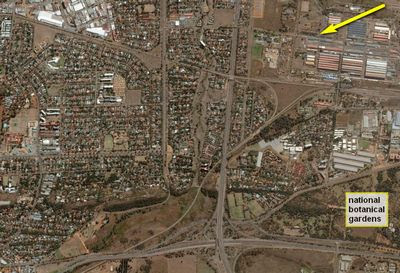 A brief history of the famous SAR Class 6 series as set out in Leith Paxton and David Bourne's Locomotives of the South African Railways - Struik - 1985.

Again they were confined to the Cape main line and were finally withdrawn by 1939.
Posted by Piet Conradie (for e-mail addr: see profile plse) at 9:07 PM