Sterkstroom, Municipality - SAR Class 19A No 692

We visited this locomotive in Sterkstroom on 6 September 2005. Looking back, in 2009, at these pictures, taken some 4 years ago, this must have been one of the most complete engines plinthed out in the open anywhere in South Africa. I shudder to think what the remains of the locomotive might be looking like in 2009? 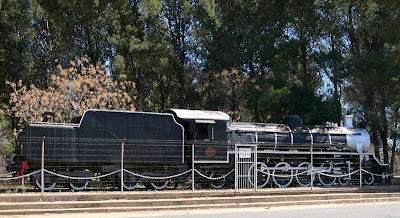 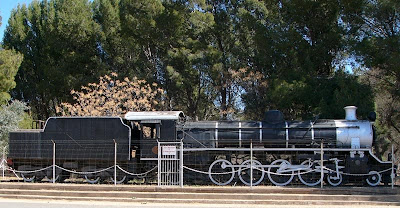 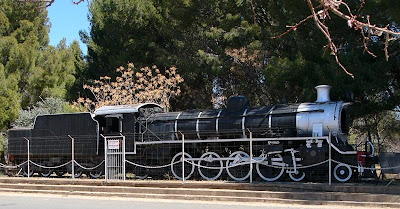 SAR Class 19A engine No 692 was built by Schweizerische Locomotiv Maschinenfabrik (SLM), Winterthur, Switzerland, as works no 3317 in 1929. Swiss Locomotive and Machine Works (German Schweizerische Lokomotiv- und Maschinenfabrik or SLM) was a railway equipment manufacturer based in Winterthur in Switzerland. Much of the world's mountain railway equipment was constructed by them. 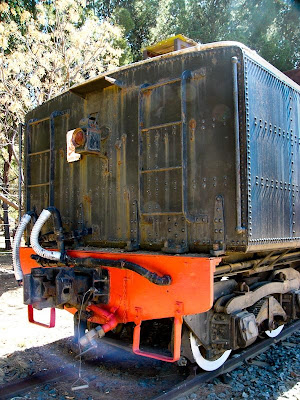 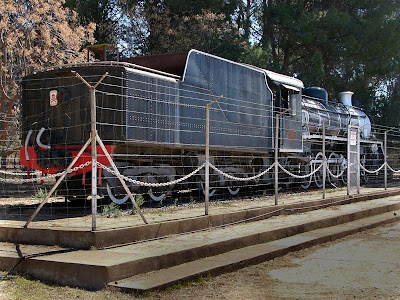 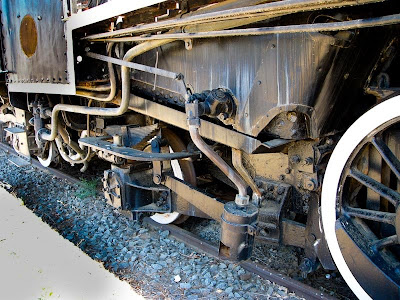 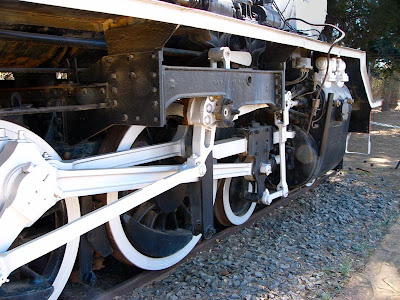 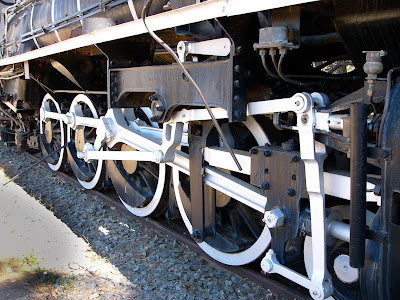 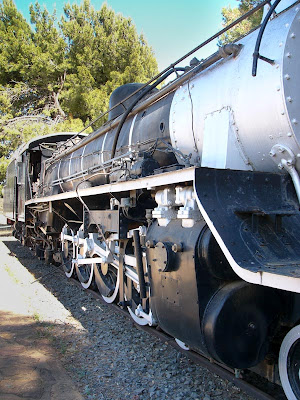 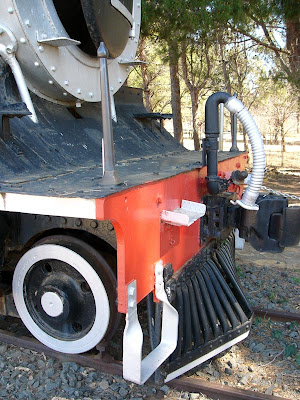 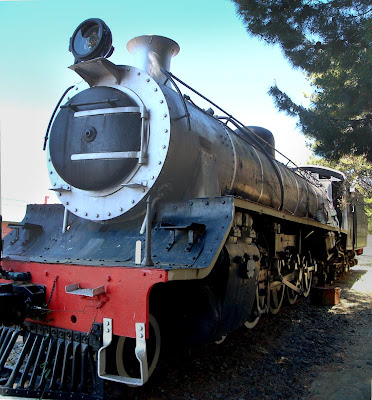 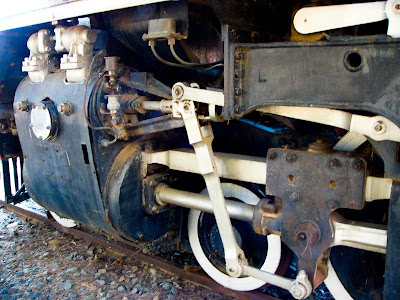 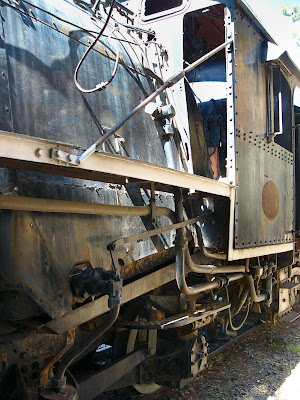 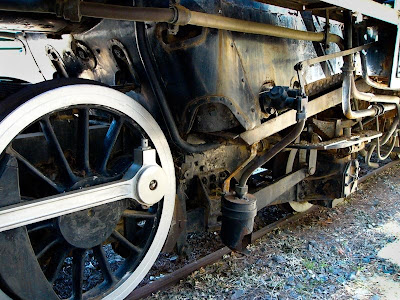 The SAR Class 19A - designed for the use on some of the more lightly laid branch lines, was a lighter version of Class 19, with marginally smaller boiler, smaller cylinders and wheels, the whole ensemble being only four tons less than the 19 class, which hardly seems worth the cost of redesign. 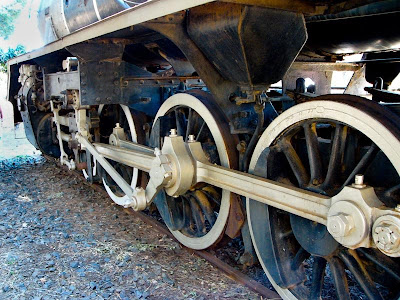 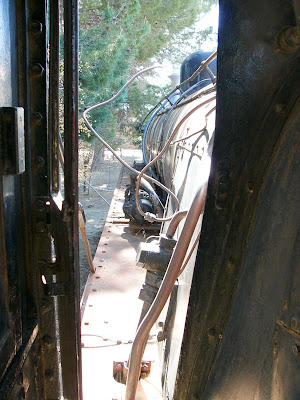 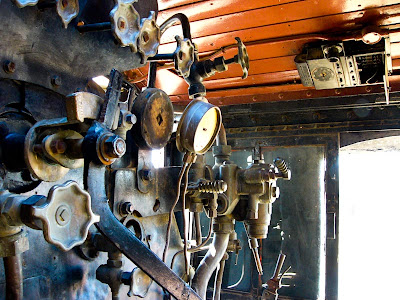 All were built by SLM Winterthur, the only Swiss-built locomotives for SAR. Of the 36 locomotives built, five were later rebuilt with the standard 1A boiler, becoming class 19AR. Of these rebuilds, Nos 678 and 696 had domeless boilers from early class 19D locomotives, as possibly had No 700, the first to be scrapped, in 1966. 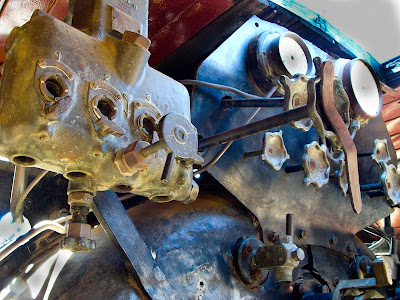 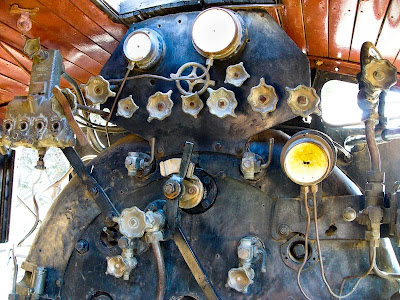 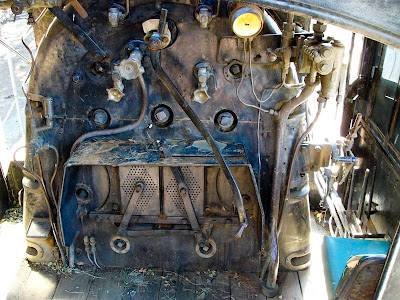 The classes were slow to be written-off the capital stock, although all were out of use by 1976.

Most of the class were in the Eastern Cape, at East London and Queenstown sheds, often sub-shedded to Burgersdorp for branch lines in the area. The Natal locomotives were at Mason’s Mill, sub-shedded to Estcourt for the Bergville branch, and at Glencoe sub-shedded to Newcastle for the Utrecht branch, plus a couple of late arrivals in the Western Transvaal. 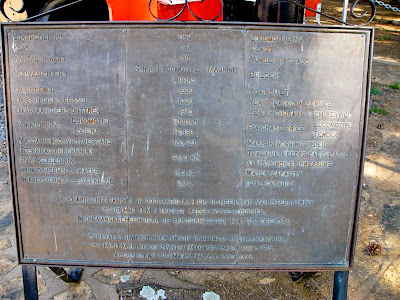 The plinthed locomotive was withdrawn from service in 1975. It was handed by Mr. DMJ Butler, System Manager, to the community of Sterkstroom on 20 April 1978 - accepted by the Mayor Mr GL Odendaal.

Posted by Piet Conradie (for e-mail addr: see profile plse) at 9:19 AM