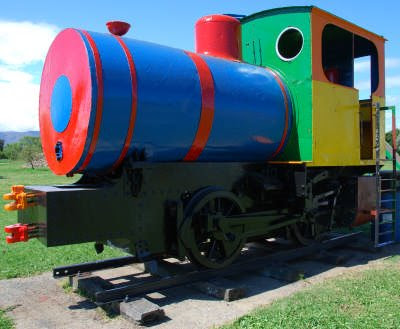 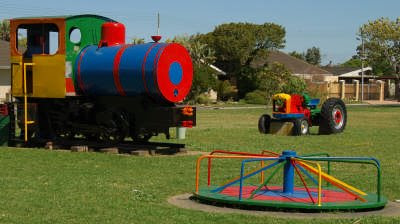 Plinthed at a playground next to Du Toit Street, Strand. 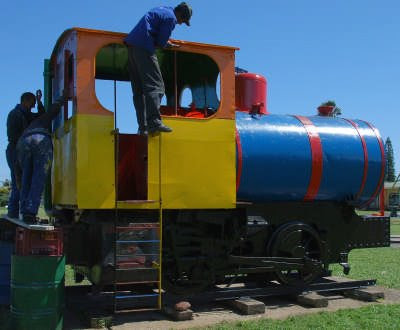 When I visited the locomotive was being repainted in its "rainbow" livery. 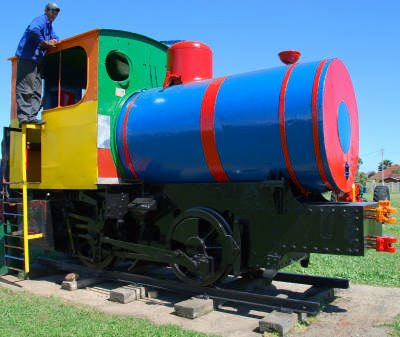 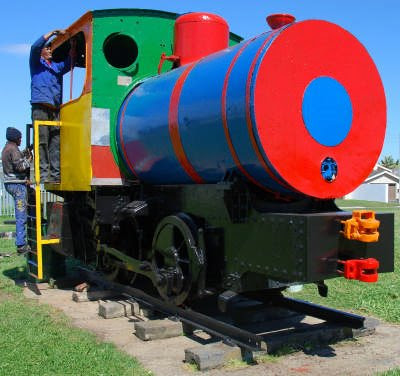 During the work some of the rusted holes in the cab were covered up by using riveted plates - visible as unpainted rectangles in these pictures. 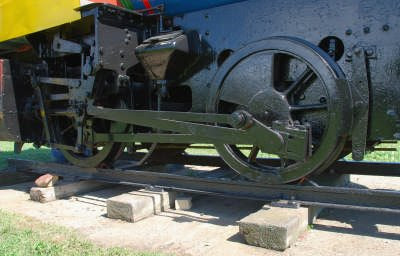 Note the sandbox.
Posted by Piet Conradie (for e-mail addr: see profile plse) at 11:10 AM