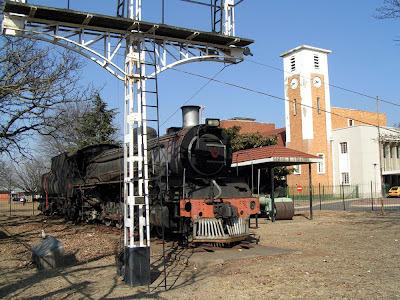 Undated image posted to Atlantic Rail's fb page by Ian Pretorius.
At Volksrust steam train aficionados may find a fine example of a steam locomotive in Market Square. This area was renamed Voortrekker Square in 1938. There is also the Burger Memorial dedicated to the memory of the women and children who died in the concentration camp, and it also commemorates all those who fought for the freedom of the Zuid-Afrikaanse Republiek(ZAR). 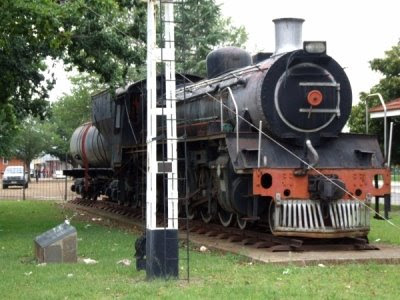 The locomotive is plinthed in Voortrekker Park in the town centre of Volksrust. 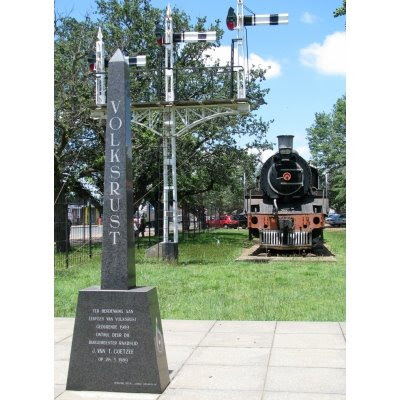 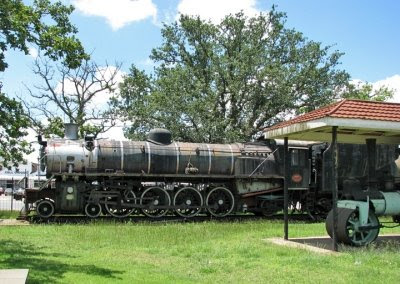 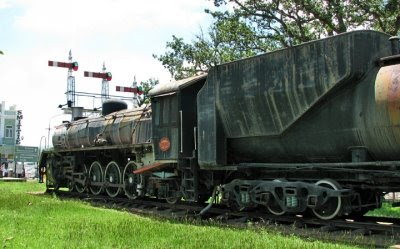 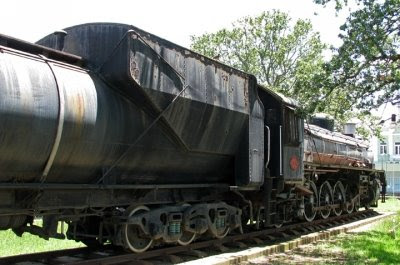 The 19D plinthed in Volksrust has a so-called "Vanderbilt" tender which has a cylindrical water tank and six-wheeled "Buckeye" bogies.In 1901, Cornelius Vanderbilt III, whose great-grandfather founded the New York Central Railroad, invented a cylindrical tender which was soon adopted by a number of American railroads with oil-burning locomotives. Compared to rectangular tenders, cylindrical Vanderbilt tenders were stronger, lighter, and held more fuel in relation to surface area. In South Africa the design was used to carry water & coal for the locomotive. 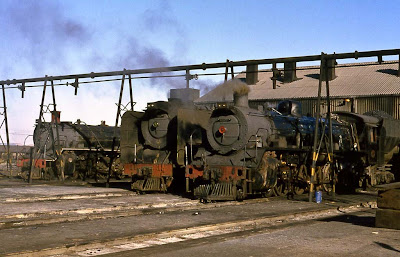