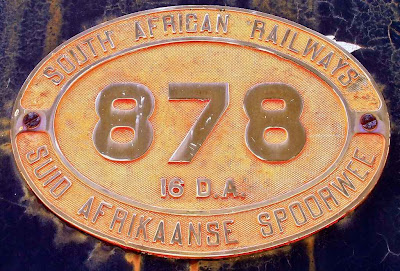 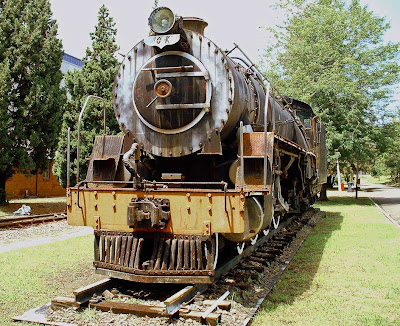 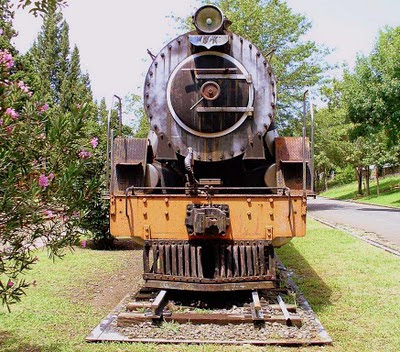 A last batch of 6 followed in 1930 from Henschel as builders work no's 21749-21754 (SAR engine no's 874 to 879). This latter batch had a modification - in an attempt to improve the steaming properties of these engines, A.G. Watson designed a boiler with a firebox of comparable proportions to those fitted to his later 15E and 23 classes. 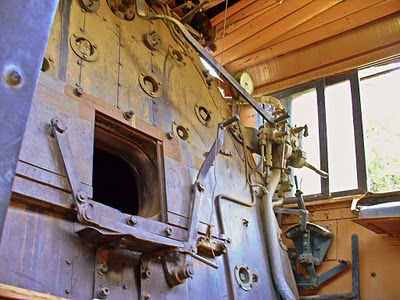 A sister engine No 850 is plinthed in Theunissen.

Photo of this engine No 878 when still in steam. 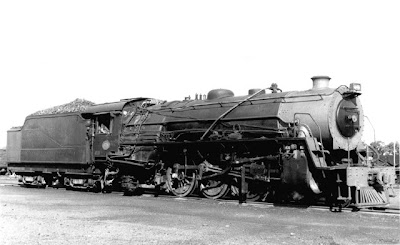