The first (This is incorrect - the 1st loco was the "Pretoria" - Piet) engine purchased by the P.P.R. was the 26-ton, saddle-tank, 0-6-0 type locomotive manufactured by Messrs. Hawthorn, Leslie & Co. during 1896. This engine was named "Nylstroom" and placed in service for construction work in 1896.

A similar locomotive with a wheel arrangement of 0-6-0 type was named "Pietersburg" and placed into service in 1898. The locomotive was also buil by Hawthorn, Leslie & Co and was works no 2369/1897. In 1944 this engine was still in service at Pretoria. It then was used mainly for testing the heating systems of trains and for light shunting work. 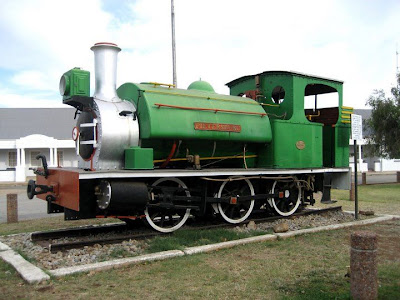 Click on picture to enlarge: The "Pietersburg" is plinthed at the Pietersburg station - recent photo above. (Photographer unknown) 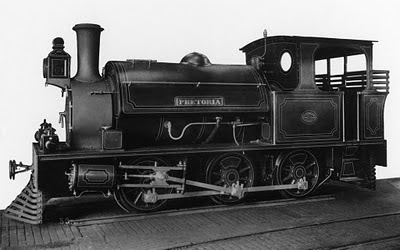 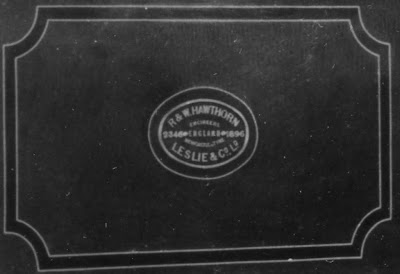 A crop of the previous works photo showing the Pretoria's Hawthorn Leslie worksplate as 2346/1896.
Posted by Piet Conradie (for e-mail addr: see profile plse) at 9:20 AM