NOTE: This blog also has an entry about the Paarden Eiland steam running shed which may be read together with this Salt River Railway Workshops entry.

The Cape Government Railways (CGR) 8th class was conceived as a mixed-traffic locomotive equally suitable for goods or passenger work. They were designed by H.M. Beatty and had larger driving wheels than the 7th class. The 4-8-0 examples were actually based on a pair of 2-8-0 engines imported by the CGR in 1901 from the American Locomotive Co, which later became the SAR Class 8X. While they retained the bar frames of these engines, Beatty added a bogie to improve the ride. The first order from the CGR consisted of 23 locomotives delivered by Neilson, Reid and Co in 1902 and 1903 and were placed in service throughout the colony. They became SAR class 8.
The Cape Government Railways (CGR) second order of 8th class was delivered in 1903 by Neilson, Reid & Co, and the North British Locomotive Co. These 38 engines differed only slightly from the original order, and were classified Class 8D on the SAR. 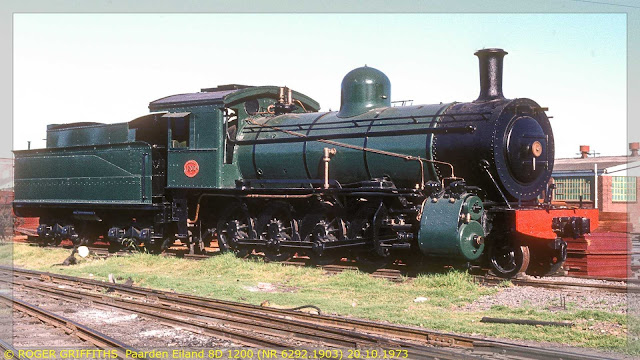 This is what no 1200 looked like way back in October 1973 when she was photographed by Roger Griffiths in Paarden Eiland. 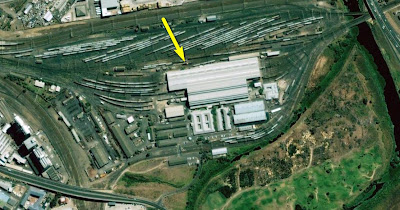 From a March 2008 Google Earth view, I assume that the locomotive is still plinthed at the Salt River Railway workshops. To get permission to view the engine, would probably require first passing quite a bit of bureaucracy .


Pictures from the past:when engine no 1200 was still in steam 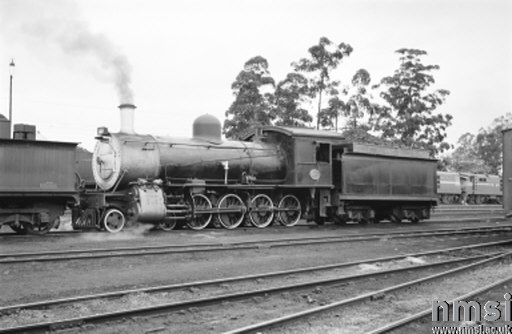 No 1200 was built in 1903. South African Railways class 8D locomotive number 1200 at Mason's Mill, South Africa, 1968. This engine was later plinthed at the Salt River Workshops. 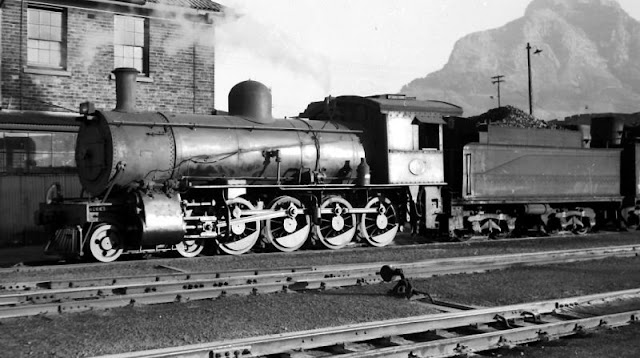 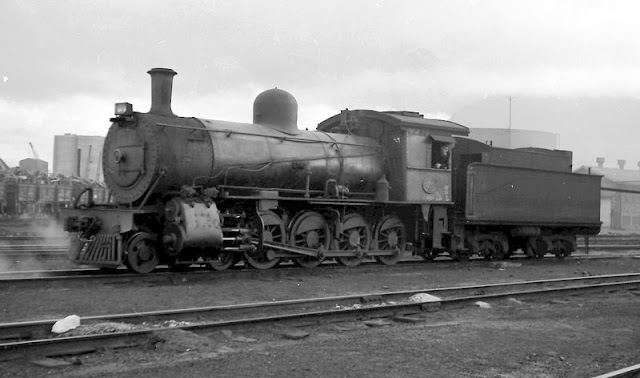 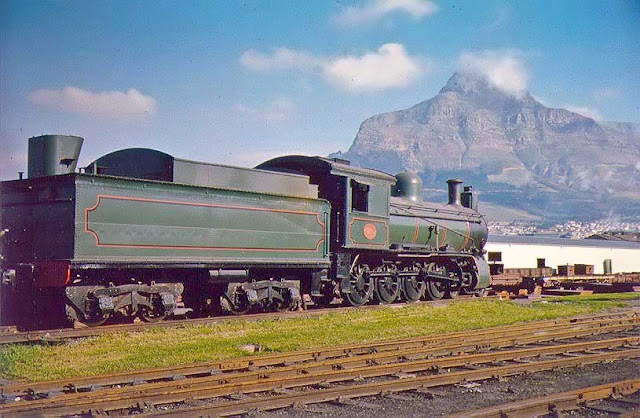 August 1974 photo: Courtesy Ted Polet (who took this picture while off-duty as an officer on a cargo ship visiting Cape Town harbour.) A much restored no 1200 is seen here on a truncated piece of track outside the Paarden Eiland steam running shed.

In Dec 2009 Ted wrote as follows: "On your blog I found a query for a photo of no. 1200. I have a very old one, dating back 35 years (August 1974). I photographed no. 1200 which was on a truncated piece of track outside the Paarden Eiland steam running shed, then full of GEAs, 14CRs and 19Cs. The GEAs and 14CRs were used on the Sir Lowry's Pass line, and the 19Cs on the line to Kalbaskraal and Saldanha (I think). These usually had the huge 'torpedo' tenders inherited from the last batch of 19Ds."

"If my memory is right, no. 1200 was on the South side of the western approach tracks to the shed. The repair works used to be further West from the steam shed. I'm not sure whether the building on the satellite view is the running shed or the works, but perhaps you know better as I haven't been back since the 1970s. I don't have any idea of the loco's current state. No. 1200 was in company with Class 7A no. 987 (now at Matjiesfontein Transport Museum - Piet) and Class 8 no. 1132 (apparently scrapped - Piet) but I'm not sure it was in the same place in the yard. I'm not certain whether the other two have survived. If you can use the photo, please do."

"The tale of my two visits to South Africa can be found on my website here. Click on the Africa archive in the index, then open Cape Town (2), to see photos of the preserved engines back in 1974. If you're interested there are a number of film clips on the S.A. pages, showing my 8mm film with dubbed sound, much of it recorded on site. Regards Ted Polet, Leiden, Netherlands." 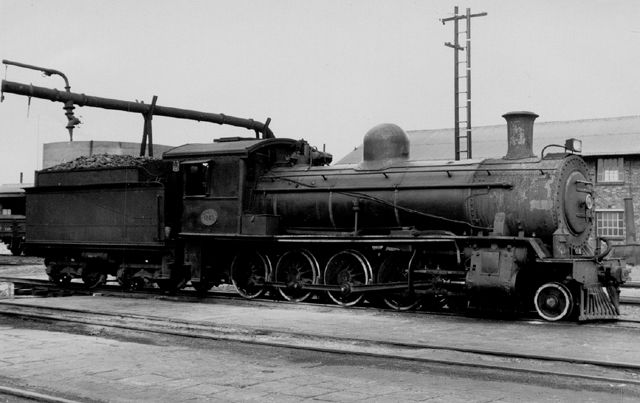