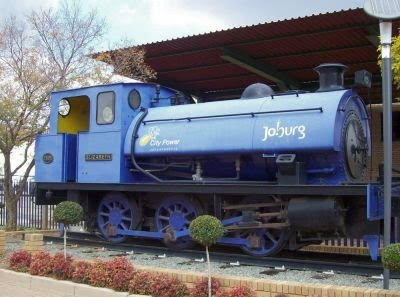 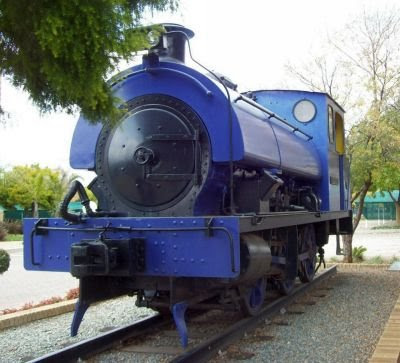 Elizabeth had a sister engine works no 7398 named "George" which was built by the same firm in 1948. Both saddle tanks worked, since new, at the Orlando Power Station (within the Soweto area) which was run by the Johannesburg Electricity Dept (now City Power Johannesburg).

Coal for the power station was brought in via a 1 km electrified branch from the mainline. Both Elizabeth and George were used to move the incoming coal trains through a wagon tipper. By 1990 a Hudson diesel engine replaced steam loco's at the the power station.

Sister George is plinthed at the City Power Municipal Depot near the cnr of Durban Street and End Street Ext. 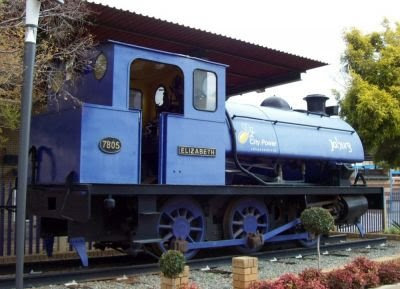 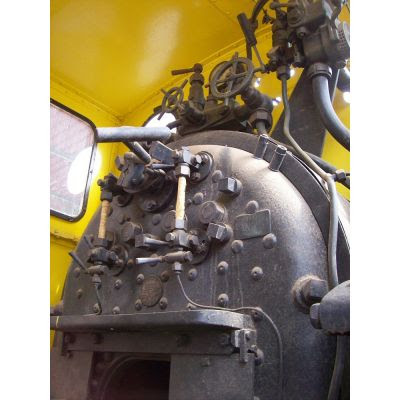 May 2009 photo: courtesy Derek Walker who noted: She is in an excellent condition, even down to her cab controls.

photo: courtesy Derek Walker who noted: I was not allowed in the cab, but did spot some plates on her boiler. The circular plate has the works number 7805, and the square plate (boiler test 165 lb) shows the year "1954". 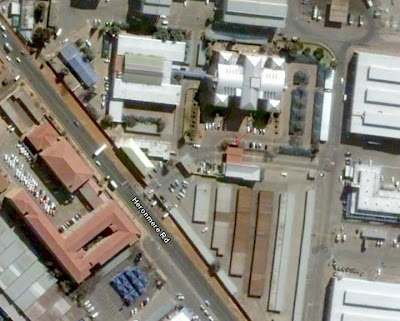