GOOD NEWS - THE HEIDELBERG STATION MUSEUM IS TO REOPEN

Please support the new project, launched by the community of Heidelberg.

"After a very long and lengthy battle, as a Committee member, and on behalf of the Community Unity Effort Association, and through our Chairperson, Mr Kobus Brits, we are reopening the Heidelberg station."

"The Community Unity Effort Association - a non profit organisation, in conjunction with the heritage foundation, will be opening the station on the 28th November 2009. [changed to 26 March 2010 - see below] It is planned as a community day. We will also be working towards fully restoring the buildings, rolling stock and restocking the station museum . It will take time, but we are very confident about bringing the Grand Lady back to her former glory."

"We shall keep you posted of progress."


2 February 2010:
Just to update you regarding the Heidelberg Transport Museum. We (CUE) now have the go ahead to undertake various events, exhibitions etc at the Heidelberg Station (Former transport museum). Commencing with the launch on the 26th March 2010 We are also planning on holding our Heidelberg Visual Arts exhibitions “Kuns op die perron/Art on the platform” every fourth Saturday. Due to the sad neglect of the buildings we are also starting a Restoration Project Fund called the “Friends of the former Heidelberg Transport Museum” in order that we can start to bring the grand old lady back to her proud self again. Should your members or those on your website be interested in also donating any historical, or railway memorabilia (not much is left) we would be grateful to hear from them.

NOTE: The current (as on 24 March 2011) chairman for the museum committee is Kobus Britz whom for enquiries may be contacted on cell number 0834608420.

Unless indicated otherwise, all photos below are kind courtesy of Errol Swanepoel, and were taken on 24 December 2002. 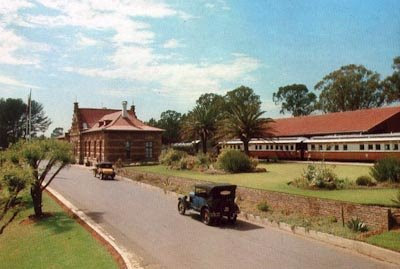 date & photographer unknown. This picture would date from the period before the locomotive and coaches were put under roof cover (see some of the pictures below for the roof)

The Heidelberg Motor Museum was housed in the goods sheds of the railway station, and had a fascinating collection of early bicycles (including penny farthings), motorcycles, veteran cars, racing cars. 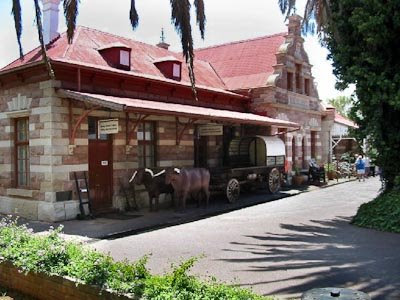 Built in Dutch-Flemish Renaissance style, the old railway station building dates back to 1895. 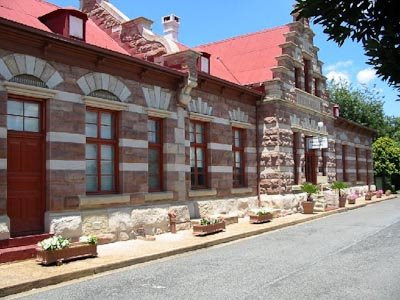 Heidelberg developed as a typical rural Victorian town and many of the buildings dating back to the period between 1890 and 1910 have been preserved. 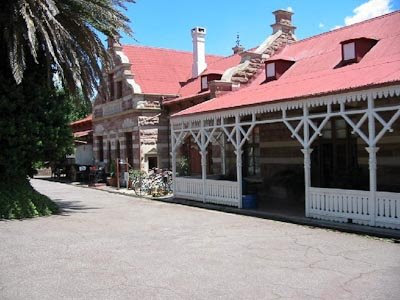 The original railway station, a fine period piece built of sandstone, was opened in 1895 when the railway line to Natal was completed, with a final ceremony of linking the tracks at Heidelberg. 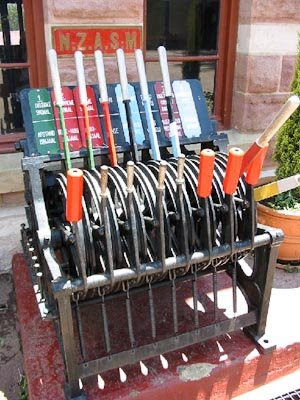 In 1961 a new station was built and the old station fell into disuse. Fortunately it was not demolished but partially restored by the Simon van der Stel Foundation with the intention of converting it into a cultural history museum. 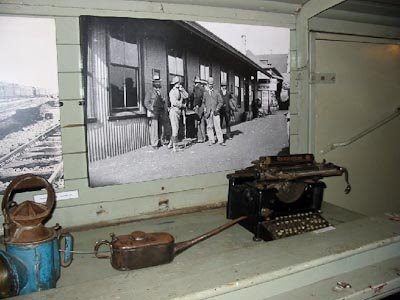 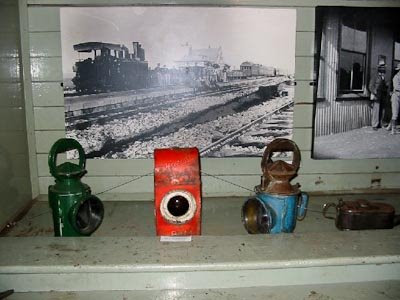 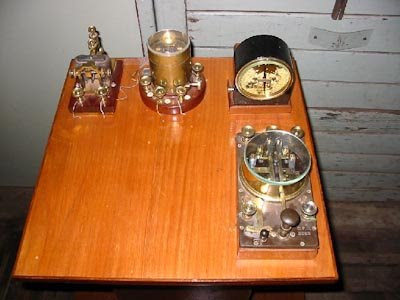 In 1974 the Rembrandt Tobacco Corporation rented the building and grounds from the municipality, fully restoring the station and establishing a transport museum which opened in 1975. 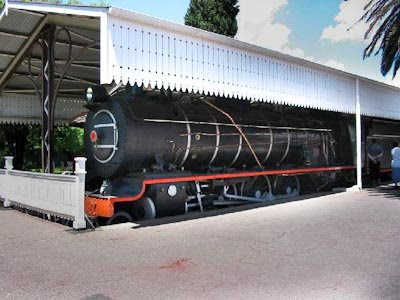 a Class 16CR steam locomotive, with a number of railway coaches, were also on display. 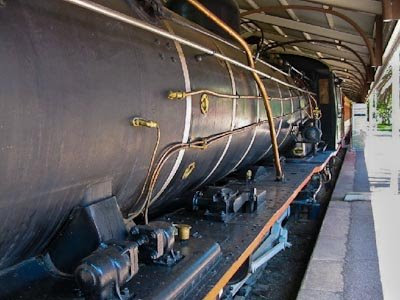 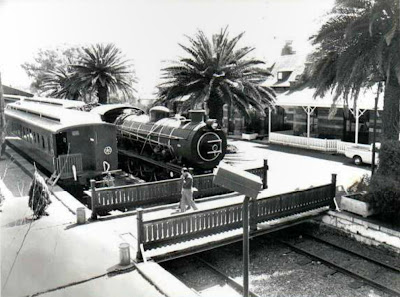 An old newspaper photo shows the railway rolling stock before covered under a roof.

From the Past - a Sister Locomotive when still in steam: 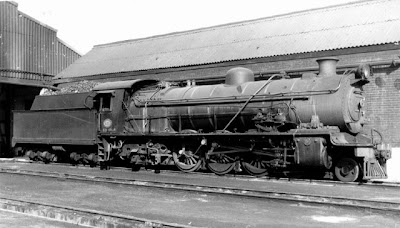 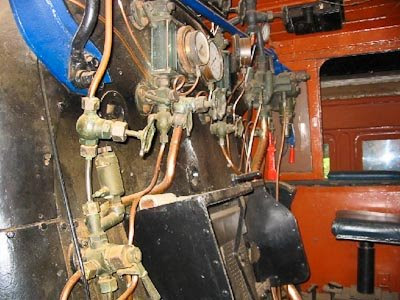 Originally a SAR Class 16C engine before it was reboilered to become Class 16CR, No 816 was built in a batch of 30 Class 16 locomotives between 1919 and 1921 by the North British Locomotive Co. They were very successful engines and worked extensively on the Reef, pulling all the crack trains of their day.

After express work the 16CR's were relegated to less glamourous duties until, by the 1940's, they were doing suburban and transfer work.

The last regular duty of these engines on the Reef was the Springs-Nigel suburban abd double heading Class 15AR on the Pietersburg trains out of Pretoria. They were withdrawn from shunting and pick-up work in 1975. 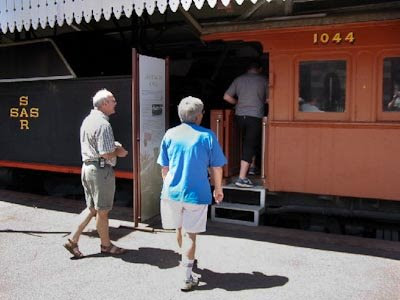 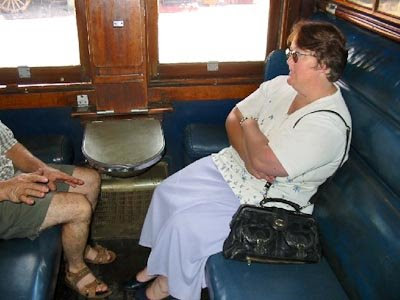 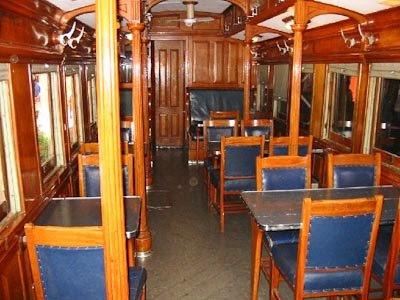 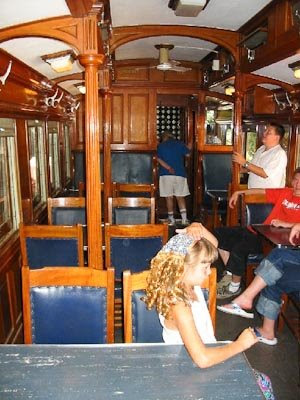 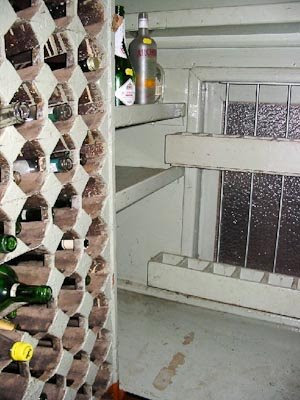 A magnificent collection of transport vehicles including veteran cycles, motor cycles and motor cars were displayed.

See the press release below for the reasons behind this decision.

Said Johan Rupert, son of the late Anton Rupert of the Heidelberg Motor Museum: "There's no way we could keep that facility going," Johan explained. "It was a government institution we were involved in and even with all tobacco advertising removed they could not be seen to be supporting an initiative related to a tobacco company."

At the moment I do not known what the status and future plans are for the locomotive and railway coaches at the closed museum.

British American Tobacco South Africa has announced its decision to close the Heidelberg Motor Museum on 31 December 2003. However, the collection will be kept intact and maintained for a further period of three months to allow the Lesedi (Heidelberg) Local Municipality and other stakeholders to source an alternative sponsor.

According to communications manager, Fay Kajee, the decision is regrettable but was taken to comply with the company’s International Marketing Standards and its Corporate Social Investment (CSI) strategy. “Due to the nature of our product, our policy is not to engage in any initiatives that directly involve children under the age of 18. Since the majority of visitors to the Museum are school children, we feel we cannot justify our continued involvement.”

Housed in the old Heidelberg railway station, the collection comprises mainly classic, vintage, sports and racing cars, as well as bicycles and motorcycles. The collection is valued at more than R7 million and British American Tobacco South Africa annually pumps an additional R2 million into the operational costs. “The intention is to redeploy the funds to other projects that will more directly benefit poverty alleviation and community development in the area.” said Kajee.

The decision to terminate its interest in the Museum was taken after consultation with the staff and other stakeholders and British American Tobacco South Africa is hoping that an alternative sponsor can be found so that the collection can be kept intact and in Heidelberg.

The Heidelberg Motor Museum was started in 1975 by Dr Anton Rupert shortly after the Rembrandt Group built a cigarette factory in Heidelberg. British American Tobacco South Africa acquired the Museum in 1999 as a result of the merger with Rothmans International, partly owned by Rembrandt.

There are no plans to dispose of the assets at present.