Picture from the Past !!! 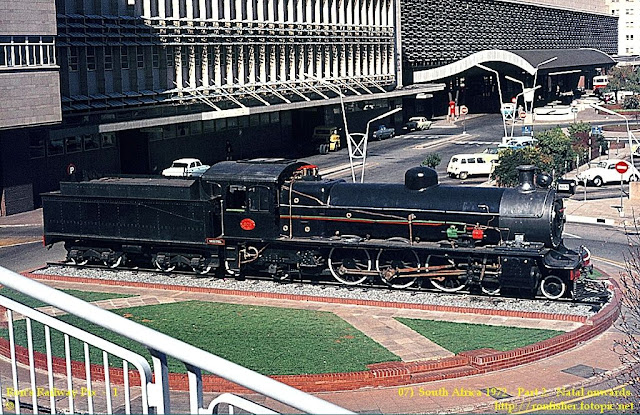 8th June, 1974 as photographed by Bob Francis. Clearly the locomotive had not been on the plinth wor a long time then ...   Original photo on Photopic.net.

Note the unusual plinth - looks like a locomotive turntable!

This 16B class Pacific 805 was built by the North British Locomotive Company in 1917. She was later re-boilered and became a 16BR but, following withdrawal in June, 1972, she was re-fitted with an original style Belpaire firebox and became a 16B again. She was plinthed at Johannesburg Station on the 8th June, 1974, when photographed by Bob Francis. 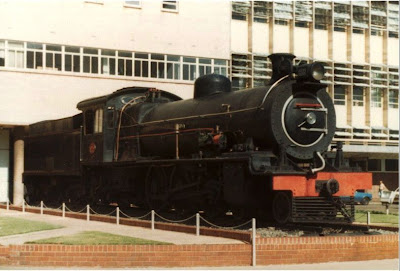 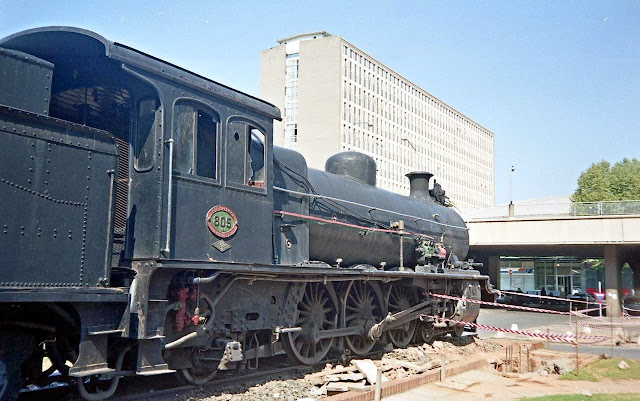 This late 1980's image is courtesy of Phil Braithwaite.

Fortunately this engine #805 was saved by moving her to the OUTENIQUA TRANSPORT MUSEUM in George where she is on display in splendid condition - you may see its 2007 picture here.
Posted by Piet Conradie (for e-mail addr: see profile plse) at 5:41 PM

Email ThisBlogThis!Share to TwitterShare to FacebookShare to Pinterest
Labels: * Johannesburg - Station 1974, SAR Class 16B no 805