This 0-6-0T tank engine was built for 2 feet 6 inch narrow gauge in 1926 by Hudswell Clarke Co Ltd, of Leeds, England as works # 1578. Like most well-known industrial steam locomotive manufacturers, Hudswell Clarke & Co. Ltd. of the Railway Foundry, Leeds, have designed and built locomotives for all conditions of service in most parts of the world, even when individual engines have been called for. 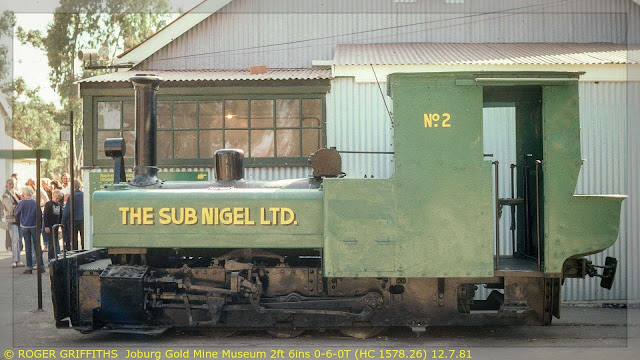 This is what the locomotive at the Museum looked like way back in 1981. Image courtesy of Roger Griffiths.

This locomotive has a 8,5" diameter cylinder x 12" stroke design. The engine worked as "SUB NIGEL No. 2" for Sub Nigel Ltd at Dunottar. The currently dormant Sub Nigel gold mine is situated 1 km northwest of the town of Nigel on the East Rand. The Sub Nigel mine produced 15 million ounces of gold from the Nigel Reef between 1909 and 1971.


Lately this little engine has been shunted around quite a bit!

It seems that it used to be plinthed on rails some distance away in front of the door of the large shed in the backgrond. 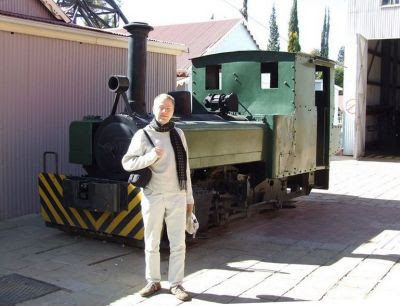 Next it was parked against the shed in the corner next to the "Tower of Terror". 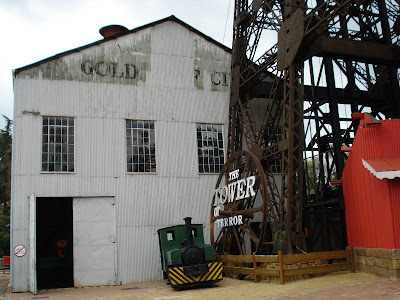 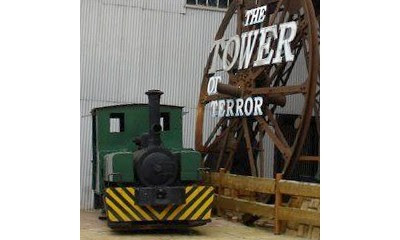 So people took some pictures there. 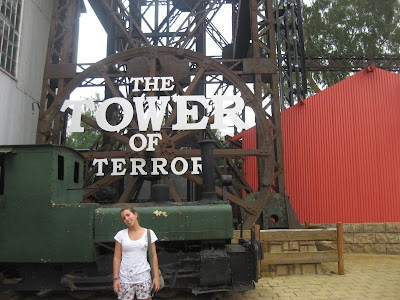 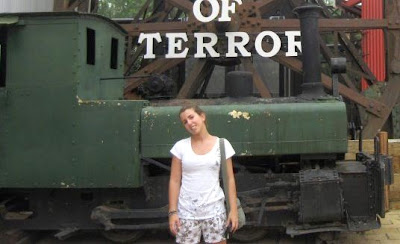 But again the little workhorse was shunted to its next station.

Apparently this activity was due to ongoing paint jobs in the surroundings. 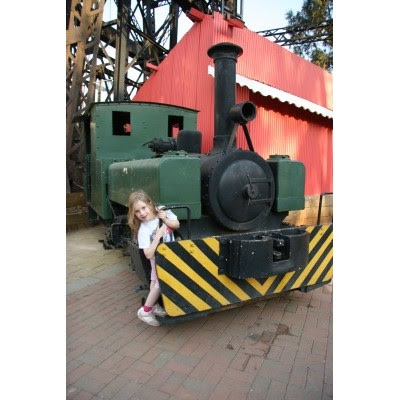 photo 22 July 2008: This picture is courtesy Duncan Burnett who pictured his daughter Ailsa with the Hudswell engine built in 1926 in Leeds, England. You may view Duncan's travelogue here. 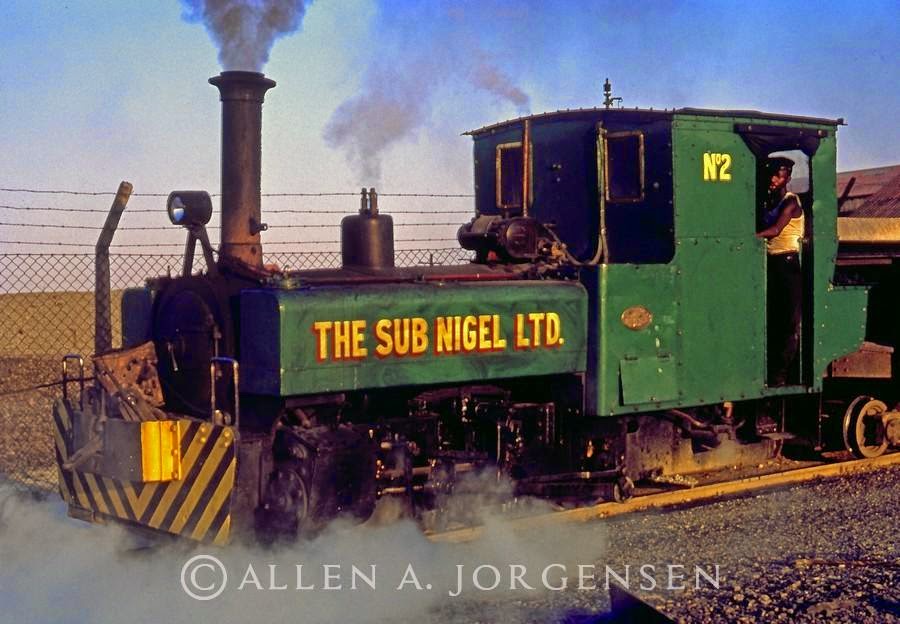 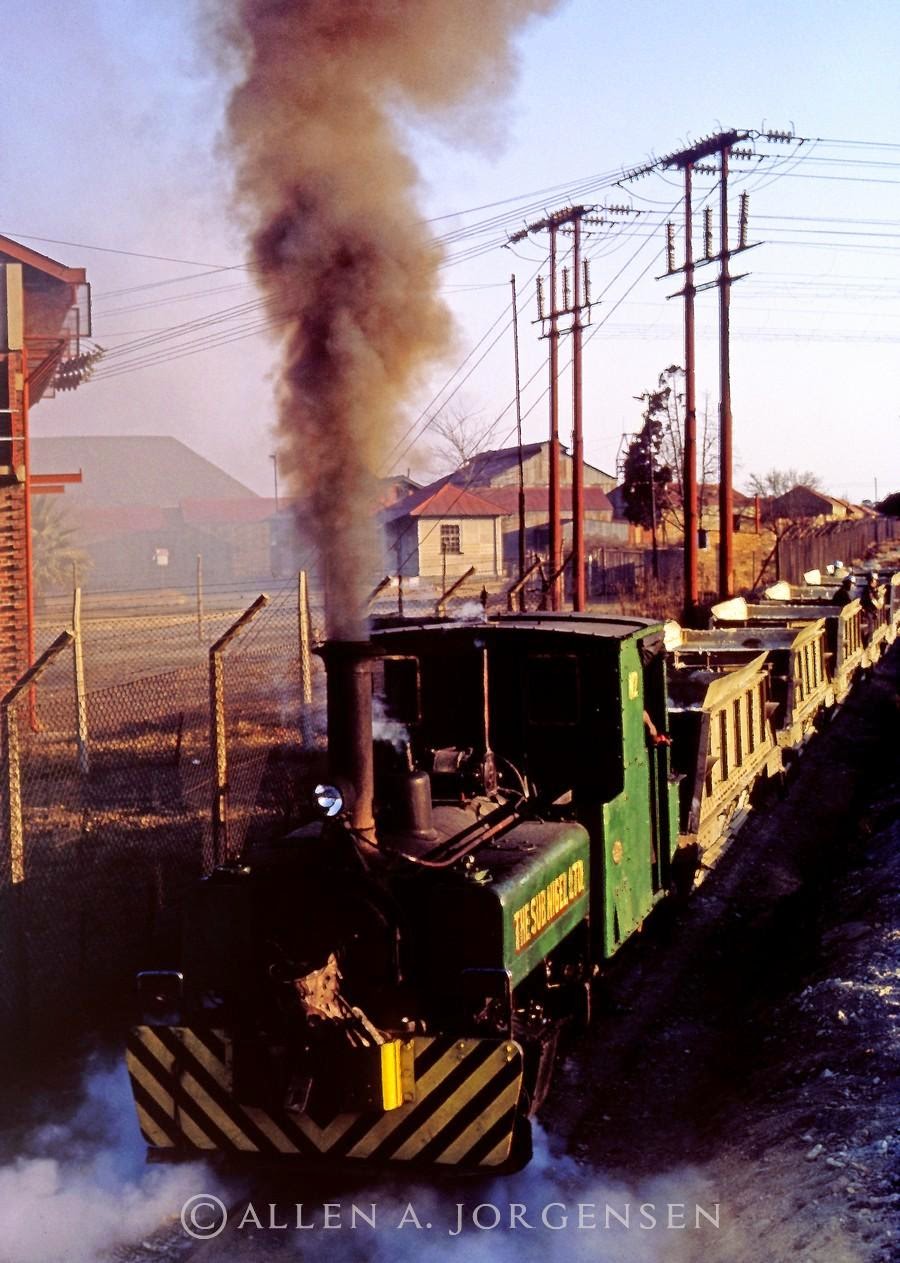 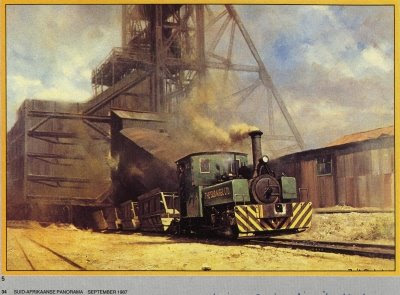 The following information and pictures are courtesy of Mike Palmer, owner of Station Road Steam, located in Berkshire, ENGLAND. 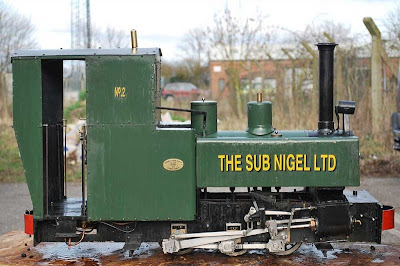 Mike wrote: "Whilst models of Hunslets turn up all over the place in just about every gauge under the sun, from 3 1/2 to 10 1/4, there are very few Hudswell Clarkes built, their neighbours at Jack Lane, Leeds." 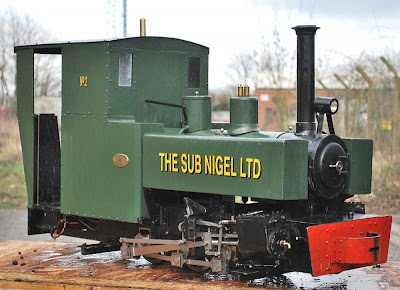 "I'm not sure why, as Hudswell Clarke produced a huge diversity of types and gauges, both steam and, latterly, diesel locomotives. In the early part of the twentieth century they formed a partnership with Robert Hudson, narrow gauge equipment suppliers (they of the famous Hudson tipper wagons) and produced a range of narrow gauge engines which were exported around the world." 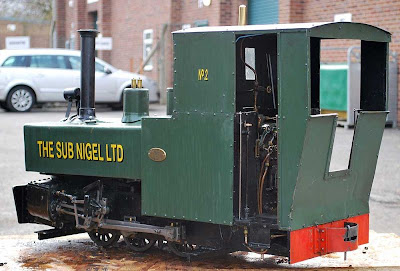 " This engine is a model of the 2' 6" gauge Hudswell Clarke 0-6-0 supplied to the Sub Nigel Gold Mine of South Africa." 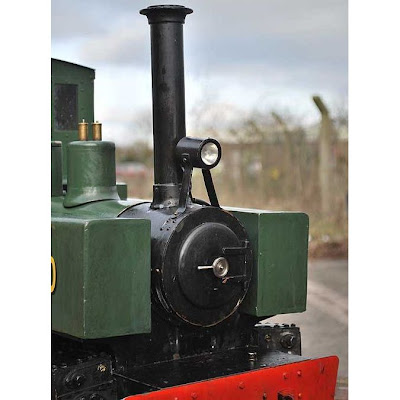 "This model was built by a prolific engineer, responsible for several of the engines I had in last year including the GWR Mogul, Adams 4-4-0, Butch and Class 15 Bo-Bo." 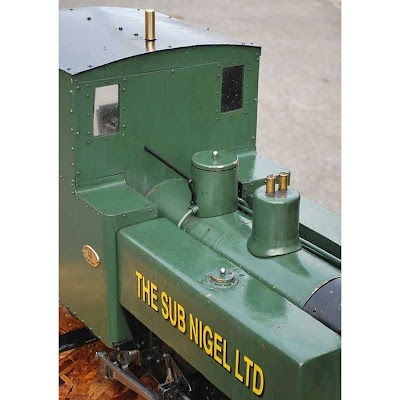 "He worked up his own design from a works GA drawing to build the engine you see here. Given the narrow gauge prototype, it comes out as a big model, built to 2 inch scale." 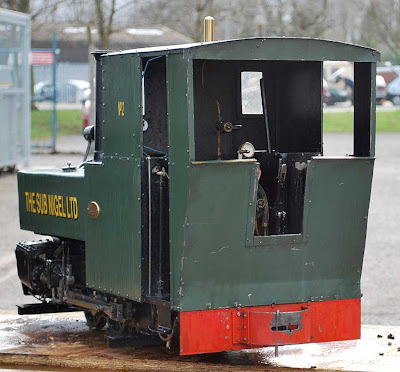 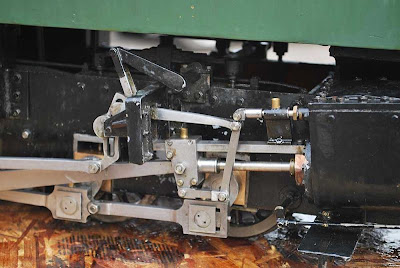 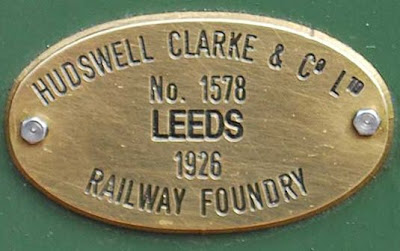 "The engine had been well-used, and the paintwork is fairly grotty, but the engine steams freely and runs well."

Back to Main Index
Posted by Piet Conradie (for e-mail addr: see profile plse) at 10:51 AM