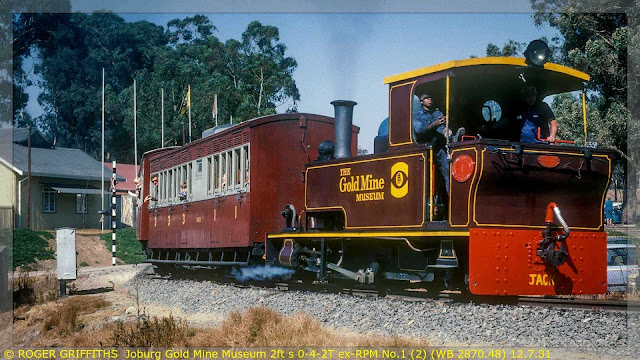 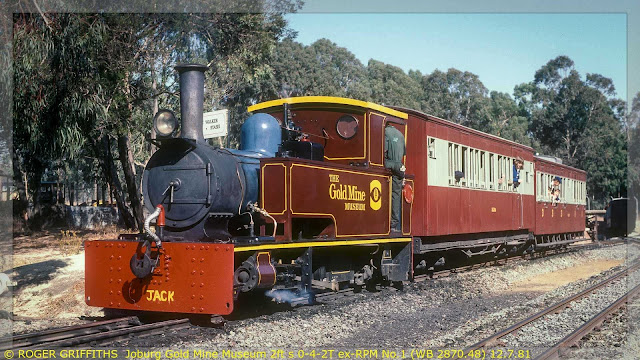 The lovely images above courtesy of Roger Griffiths dating from July 1981 show the locomotive JACK when it was still taking people around on live steam rides at the museum and it is a pity that peacocks later found the little engine suitable for them to rest in the shade. 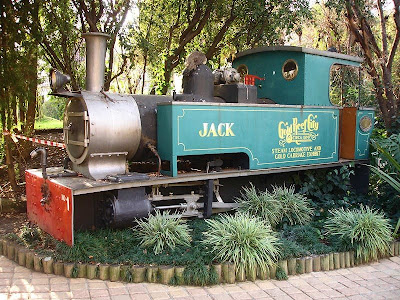 Rustenburg Platinum Mines (RPM) used 4 similar WG Bagnall engines, built between 1948 and 1953. Only the first 1 of the group of 4 is still in South Africa, and is plinthed at Gold Reef City Theme Park, Johannesburg. The other 3 engines have found their way back to their country of origin. 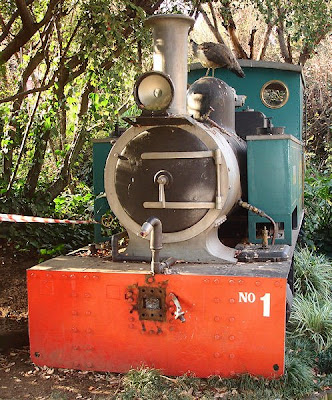 This Bagnall engine works number 2870 was built in 1948 by for use on 2 feet narrow gauge at the Rustenburg Platinum Mines. It has a 0-4-2T wheel arrangement, and a 9" cylinder diameter x 14" stroke design. 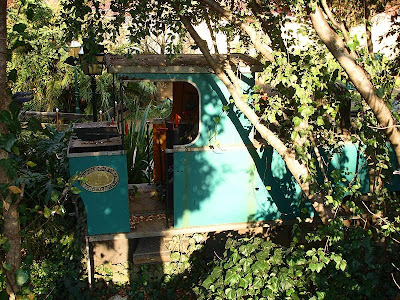 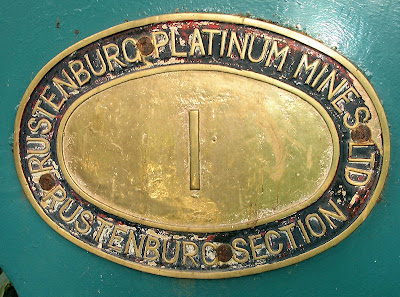 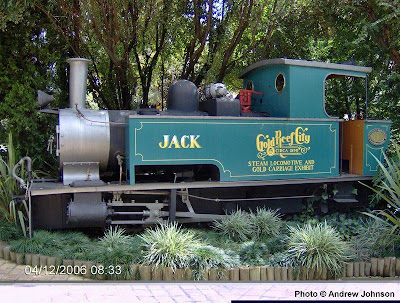 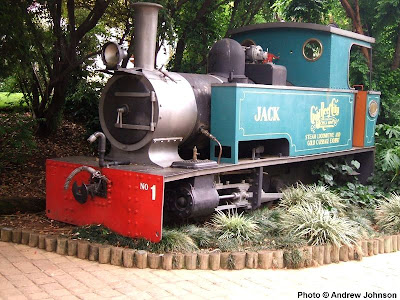 Andrew Johnson took this photo some time after his previous visit in Dec 2006. (Photo 1st posted on sa-transport). It is obvious that the little engine has been vandalized, even though it is located in a supposedly "safe" environment.

The locos were used to haul 4 x 12 ton reef hoppers full of Platinum ore for the mine shafts to the reduction plant, distances of 6-10km. However as the mine expanded, the 2' gauge lines were replaced by 3'6" (South African standard gauge) lines until the last 2' line closed in March 1981. 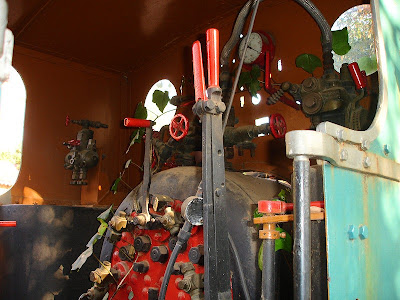 Whilst at Rustenburg, the locos had several modifications, including:
The specifications [Source here] for these engines are: 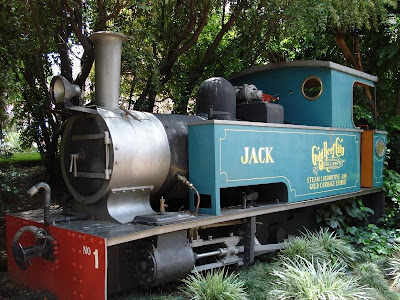 Andrew Johnson took this photo some time after his previous visit in Dec 2006.

Note the RPM modification - the steam generator (visible behind the steam dome) fitted for lights.


No Type Current Location
Many thanks to C.S.Scott (General Manager 1990), and J.N.Middleton (Railway Preservation Group) for help with the above. [Source here] 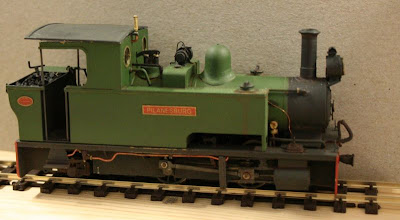 Wikipedia photo: EDM Models' Bagnall 0-4-2T kit developed by Bruce Green of Inscale Models - This is the "Pilanesburg" - a 7mm scale model based on one of the first 4 Bagnalls used by RPM. (O16.5 in the United Kingdom is a model railway scale/gauge combination of 7mm to the foot. )

Again note the RPM modification - the steam generator (visible behind the steam dome) fitted for lights. 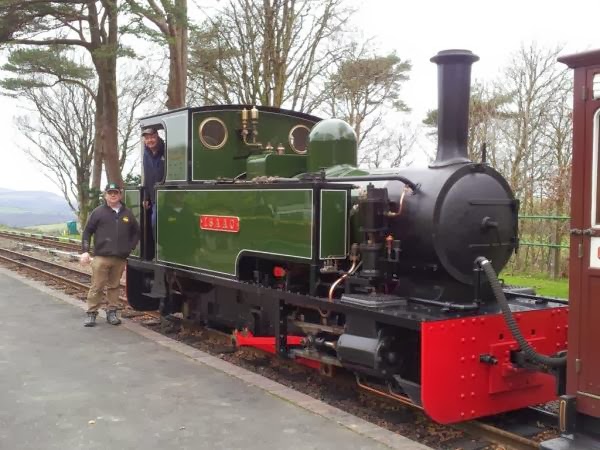 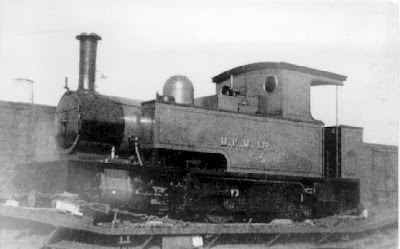 WG Bagnall No 3050 was built in 1953 for the Rustenberg Platinum Mines. Here it is seen at Birkenhead Docks prior to being shipped to South Africa. Photo Source.

Bagnall 3050 was officially named 'Gelert' in 1992. Here, 'Gelert' leaves the shed at Gelerts Farm, and prepares to take a loaded train out of Porthmadog Station. Photo Source.

Back to Main INDEX
Posted by Piet Conradie (for e-mail addr: see profile plse) at 10:51 AM