The locomotive featured below, is on display in the James Hall Transport Museum in Pioneer Park, Wemmer Pan, Johannesburg.

The museum was established in 1960. It is a thematic Land Transport museum covering South African Transport over the past 400 years. The museum has 6 main exhibition areas and one of the largest and most comprehensive collections of steam-driven vehicles in the world. The West Hall houses a collection of Trams and Trolley Buses. The East Hall exhibits a display of Motorcycles and Bicycles starting with the Velocipede of 1869 (known as the boneshaker). The North Hall displays motoring from Edwardian times onwards, as well as Sports Cars and Classics. North Porch has Steam Locomotives from the Anglo Boer War to the1930 era. The South Hall exhibits a vast collection of Animal-drawn Carts, Carriages, various Ox Wagons and a Zeederberg Mail Coach.

Due to a packed display area, the locomotives are difficult to photograph. At least they are all under roof and protected from the weather. 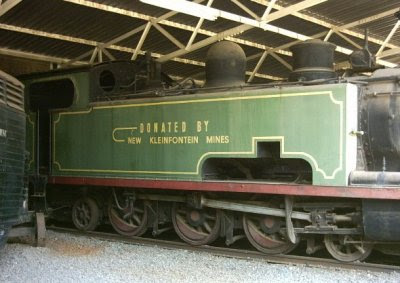 The green engine was named "DON", and is ex New Kleinfontein Co Ltd, Benoni. It has a 4-6-4T wheel arrangement with a 15.25" cylinder diameter x 22" stroke design. 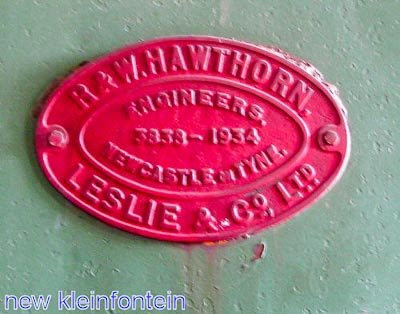 The locomotive was built in 1934 as works number 3838 by R & W Hawthorn, Leslie & Co Ltd, Forth bank Works, Newcastle-on-Tyne, England.

The Company was formed by the merger of the shipbuilder A. Leslie and Company in Hebburn with the locomotive works of R. and W. Hawthorn at St.Peter's in Newcastle upon Tyne in 1886. 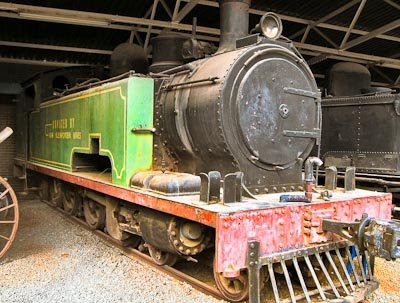 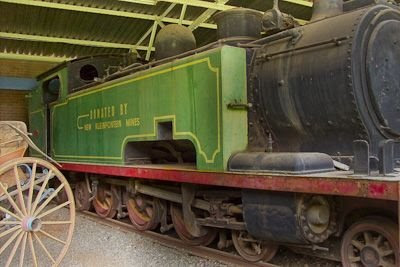 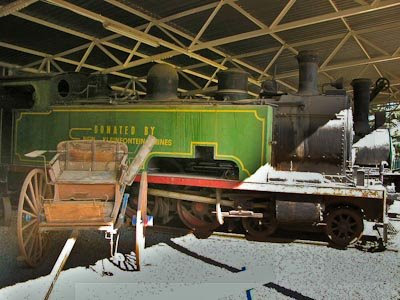 Another view of "DON". 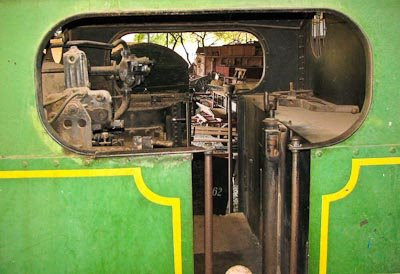 One last quick look into the cab.

For the next loco in the museum continue to part 2