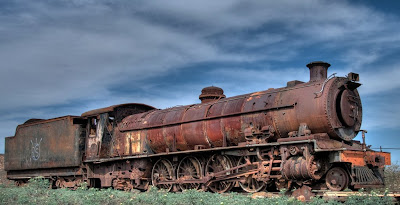 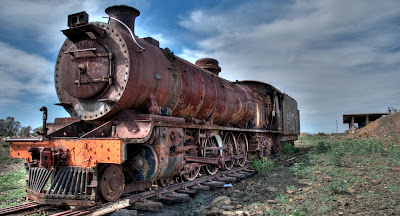 Another HDR photo of the same engine.

In the heyday of railways in South Africa, Klipplaat was an important railway junction, being the point at which the main Cape Town to Port Elizabeth line branched off towards Graaff-Reinet. Sadly those days have passed and Klipplaat has become a quiet little place. The railway from Uitenhage goes over a dusty plain before reaching the Eastern Cape town named Klipplaat. The Afrikaans name stems from the many vertical rocky formations in the area. Over the years the railway junction developed in an important railway centre, and the town grew with it. In 1979 dieselation caused many of the railway personal to be relocated and several businesses in town had to close down. The town started to die. In 2001 the line to Graaff Reinet was also closed and Klipplaat was no more a junction to carry traffic to Middelburg and Noupoort across the Lootsberg pass. Subsequently the station was demolished by vandals - even the cables were dug out of the ground. The lonely Class 15AR rusting away just adds to the feeling of desolation.

Background Note: Trouble has been coming down the tracks for some time. About 20 years ago the South African railway system reached almost every corner of the land. In 100 years from the opening of the first railway, from Durban to Point, in 1860, 21000km of railway were built in the country. About half the system comprised rural branch lines to farming communities. Some of the branch lines were viable, others, built to please country voters, were hopelessly unprofitable and expensive to maintain and operate. In 1993 Spoornet began shedding its loss-making railways. The agricultural branches in the Cape midlands were the first to go, with eight lines closed at the stroke of a pen. More lines have been closed since. Country stations were demolished to deter squatters, staff were deployed elsewhere or retrenched, and the rails were left to return to the earth. By 2003, the network of what Spoornet called “light density lines” numbered 9 600km, of which just 5 000km was considered economically viable. Spoornet, and its new incarnation, Transnet Freight Rail, have responded awkwardly to the problem of what to do with the unwanted branch lines. Proposals to concession or privatise them have, so far, come to nothing. Instead, in what De Villiers calls the “Transnet recipe”, the rural network has been allowed to slip away. “If they have an unprofitable line, they reduce the maintenance, and then declare it unsafe,” he says. Source: Paul Ash as published on Feb 09, 2009, in this article in The Times. 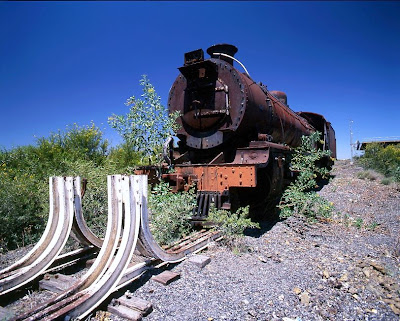 Most visitors to Klipplaat are surprised to discover a lonely forgotten steam locomotive. Believe it or not, the locomotive is actually "stored" here for the Transnet Heritage Foundation Preservation. Doesn't look like much preservation at this time! 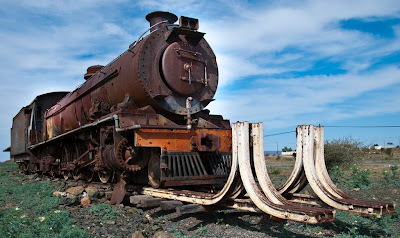 Photo by Piet Conradie taken on 25 Aug 2009. Comparing this picture with the 2007 one above, it is clear that the local municipality has cleared the growth around the engine to enhance the appearance of one of Klipplaat's tourist attractions. Well done!!!

Klipplaat used to be a busy railway junction - it is here that the main west-east railway line meets the branch line northwards to Graaff-Reinet and Middelburg. The actual intersection is a curved triangle of rails just outside town, designed in such a way that trains coming from any direction can easily turn onto either of the other two tracks. 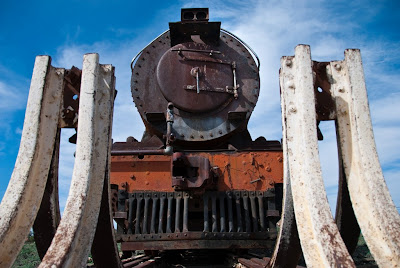 In 2009 the George-Oudtshoorn-Toorwaterpoort-Willowmore-Klipplaat-Port Elizabeth route is still in use, amongst others by the Premier Classe train. (Report here). These days the line to Graaff-Reinet is closed to traffic and abandoned, with rusted rails stretching away into the distance. The demise of railway traffic through the town has left Klipplaat poverty-stricken and desperate, with high levels of unemployment and crime. 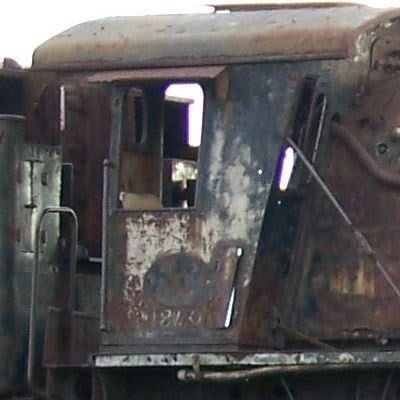 CROP of 29 Sept 2007 photo by Graham Hobbs as posted to Panaramio.

In this crop the locomotive's painted number "1840" can be recognized .

July 2008 Photo by Danie and Kobie

The Klipplaat engine is a regular background for bikers venturing into the Karoo. Unknown date and photographer - appeared in BIKE SA. Thanks to Mark Newham and Hennie Heymans for forwarding the picture. 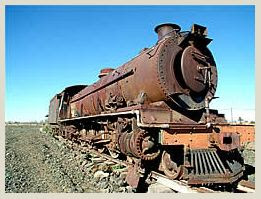 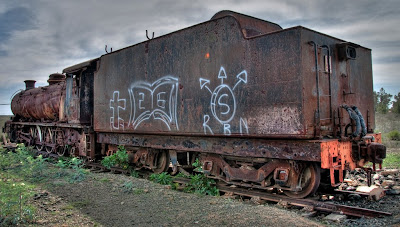 No 1840 briefly reunited with her original number plate 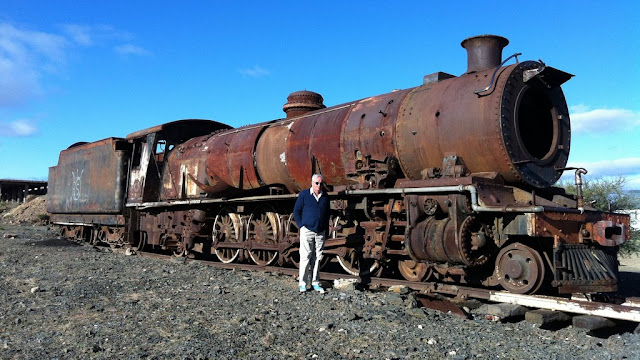 On 25 June 2013 Martin Stramrood wrote me with these splendid images and story: I am an old friend of Charlie Lewis from Cape Town days. Saw your pic of the Klipplaat 15AR and my son Bruce and I made a trip this month to update what the old lady looks today. Funnily enough I bought the original number plate (1840) at Park Station many years ago and we easily bolted it onto the cab of the loco (fitted perfectly!). Naturally we removed the plate and brought it back home to Johannesburg. 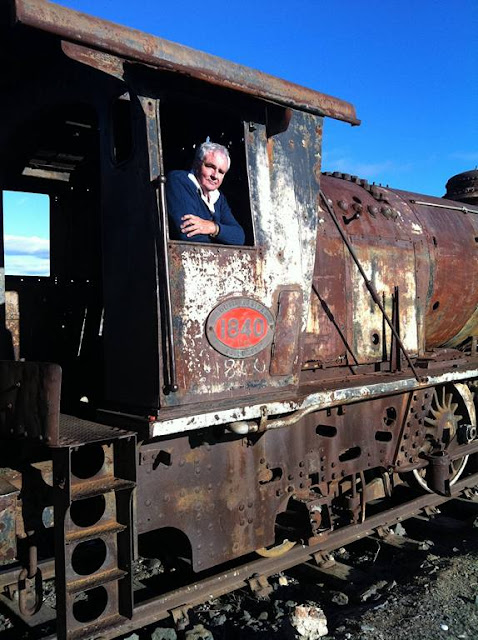 Photographically I like the way the driver is framed in the image above - Piet. 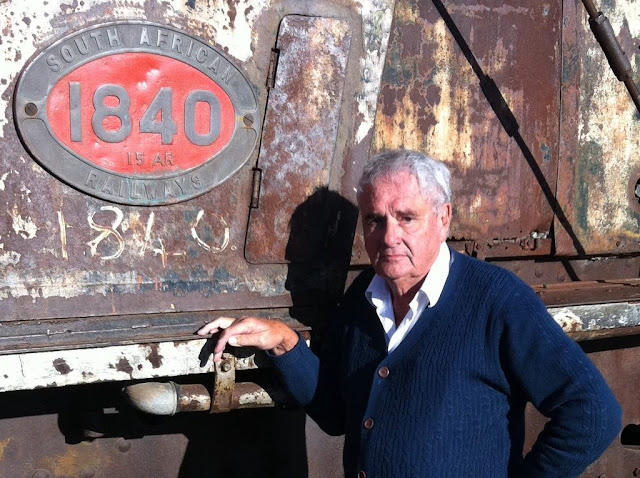 A very near sister of engine no 1840 is no 1842 which is plinthed at the EPRFU stadium in Port Elizabeth.
Posted by Piet Conradie (for e-mail addr: see profile plse) at 3:58 PM