UPDATE on 2010-07-03: The last official rugby match was played on Saturday 3 July 2010 at the old "Boet". Future rugby matches will be played at the new Nelson Mandela Stadium. The "Boet" is to be demolished. The future fate of the locomotive and carriages are unknown at this time.

Port Elizabeth is home to the Eastern Province Rugby Union which was founded in 1888, and boasts the internationally-recognized EPRFU Stadium (formerly known as Boet Erasmus Rugby Stadium) which has seating for approximately 34 000 spectators. 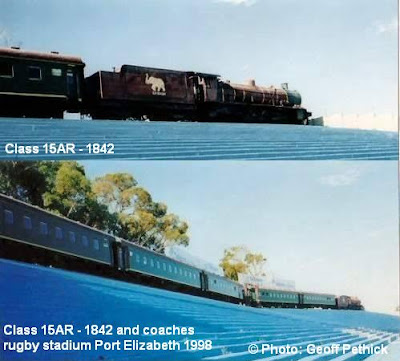 Located at 36 la Roche Drive, the Stadium has a unique feature in that it is the only one in the World which has a locomotive steam train placed on top of an open stand overlooking the field, which has been converted into a bar. 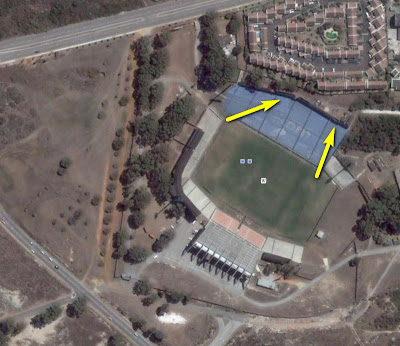 The stadium is used mostly for football and rugby union matches. "EPRFU" stands for Eastern Province Rugby Football Union, the company behind the stadium's historic primary tenants, the Mighty Elephants team in the Currie Cup. 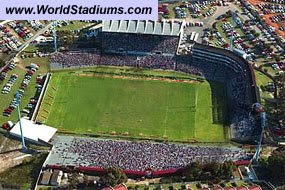 Presently the future of this stadium, after completion of the 2010 Nelson Mandela stadium, is not clear at all, and therefor with it, also the future of the "train on the top" has a question mark ...? 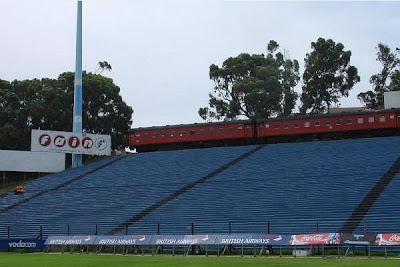 A very near sister of this engine no 1842 is no 1840 stored at Klipplaat junction.

a Sister locomotive when still in steam. 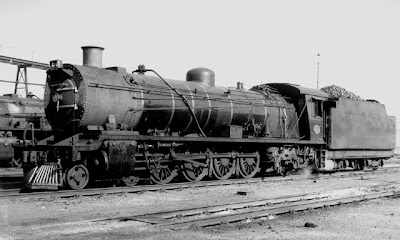