George, Entrance to Transport MUSEUM, SAR Class 7A No 1009 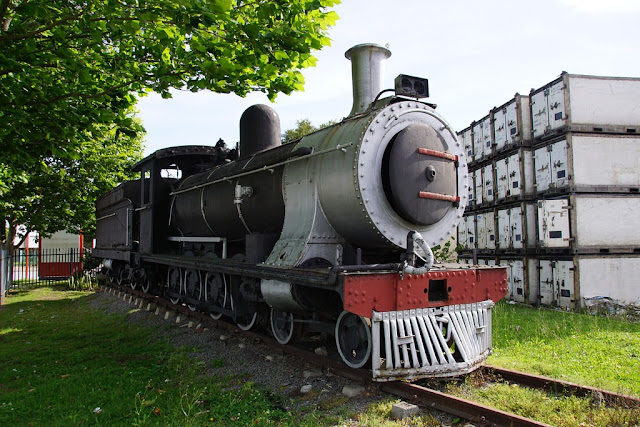 This SAR Class 7A engine No 1009 is plinthed at the street entrance to the OUTENIQUA TRANSPORT MUSEUM in George. This blog has more entries about this museum: 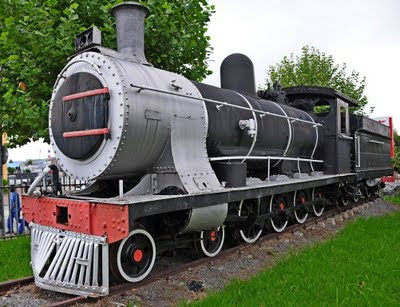 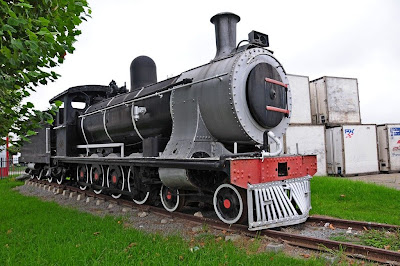 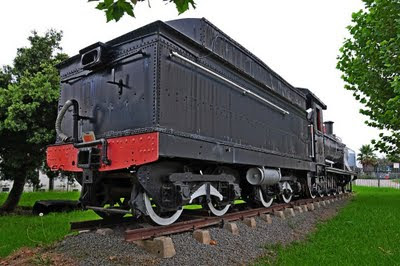 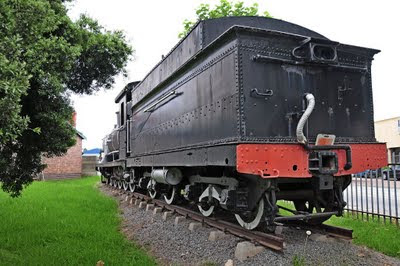 SAR Class 7A engine no 1009 in super-shine condition as she appeared at Oudtshoorn Station in Nov 1979 - photo (c) HG Graser, Hersbruck as published in Steam Safari Nov. 1979: part 4 (German text) 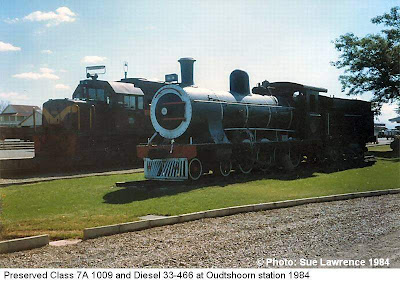 This engine was first plinthed at the Oudtshoorn station, but was later moved to George to be a gate guard at the OUTENIQUA TRANSPORT MUSEUM. 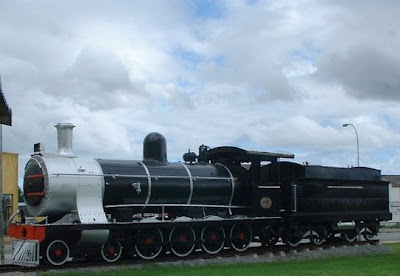 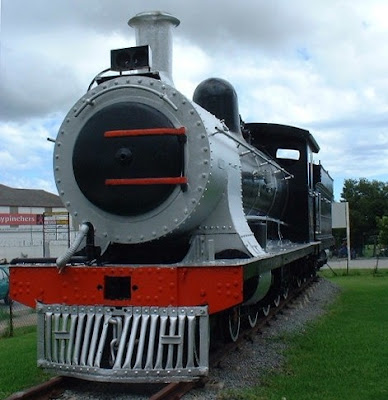 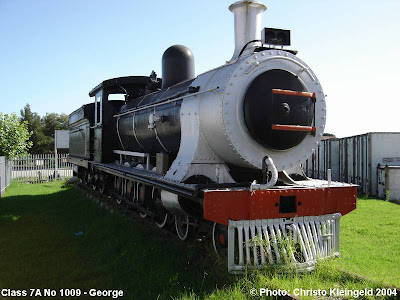 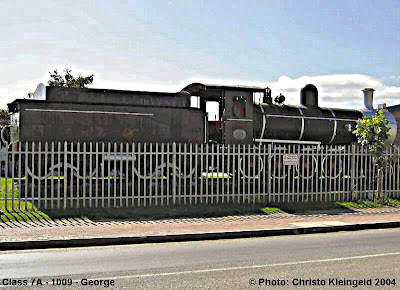 Also look-up the entry for Keetmanshoop where Class sister engine SAR Class 7A no 1011 is plinthed.
Posted by Piet Conradie (for e-mail addr: see profile plse) at 11:20 AM

Email ThisBlogThis!Share to TwitterShare to FacebookShare to Pinterest
Labels: * George - Entrance to OTM, = Neilson 4928/1896, SAR Class 7A No 1009