This Locomotive no. 81 is one of the 12 units of the Class NGG 13 steam locomotives which were used by the South African Railways.

It was built in 1929 by Hanomag of Germany, and put into service in the same year.

It was withdrawn from service in October 1975, plinthed at Patensie in November 1975, and officially handed over to the community of Patensie on 12 November 1975.

34 years later this is what we found: 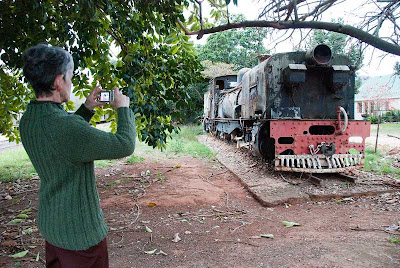 On 22 August 2009, at night fall, we visited the plinthed NG81 SAR Class NGG13 Hanomag 10633/1928 at the old Patensie station. We had to quickly grab some pictures as the light was failing fast. 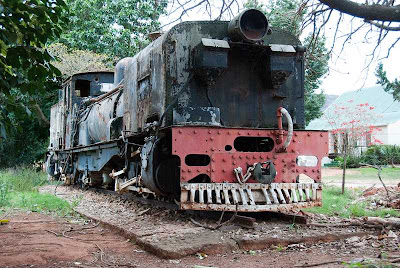 The locomotive is in a miserable condition, and will soon start to fall to pieces, if it has not done so already. 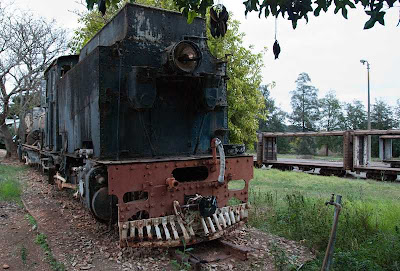 The little engine is forgotten and forsaken. 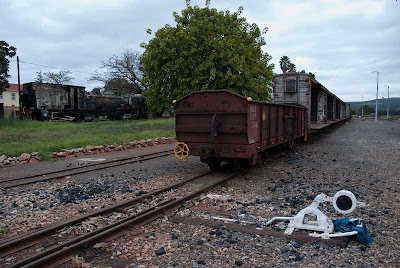 A general scene at the old station. 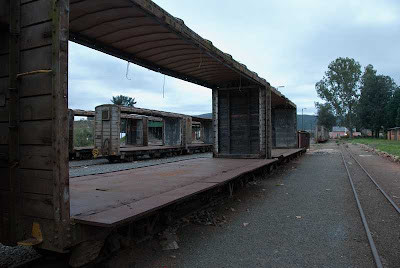 There were still some trucks, but I expect them to be removed soon ... 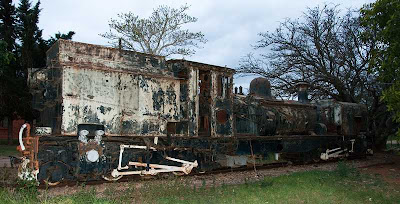 A bit of flash light did not help much to turn the old ghost of a locomotive to life ... 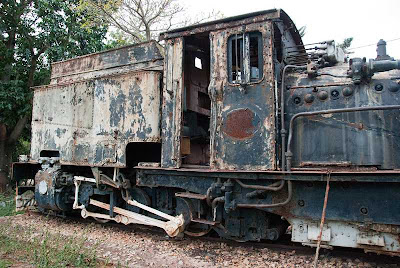 There has been suggestions that the locomotive be moved and stored somewhere else until as such time it can be restored cosmetically to some degree. 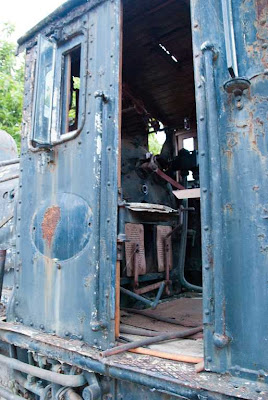 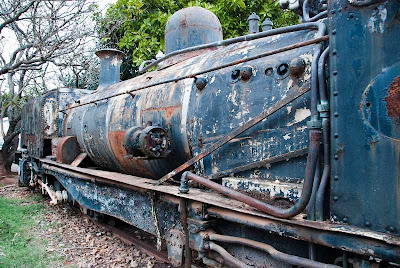 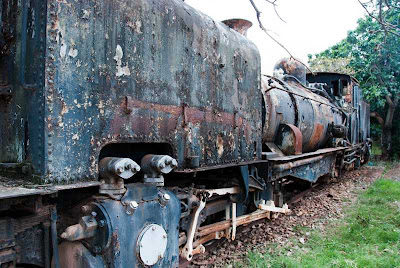 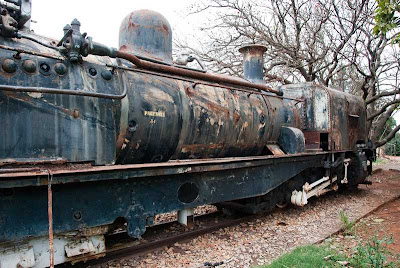 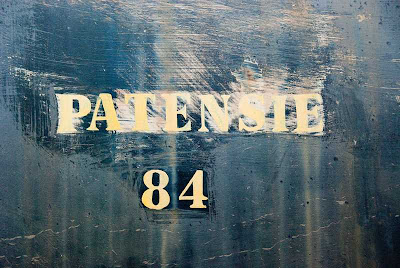 sa-transport has some pictures here of this locomotive which was taken in 2005. At the time the locomotive still had road numbers and also an information board.
Posted by Piet Conradie (for e-mail addr: see profile plse) at 5:59 PM