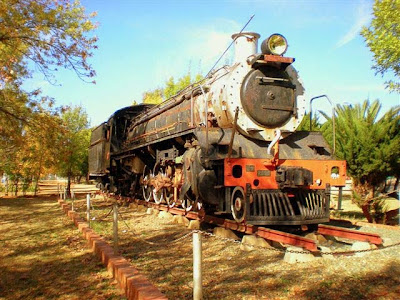 Warrenton town June 2010: Photo courtesy of Jacque & John Wepener.
In the sar-L group Dave Richardson wrote in 2011: "This loco was plinthed in the late 80’s. I was driving to Cape Town and came across it as they steamed it from Warrenton yard to its resting place outside FNB in Warrenton. They had two track panels and just kept bringing the rear to the front, somewhere I have pics of it straddling the National Road which took about an hour to cross but it was a great interlude in the journey!"

Duties covered by the Class 19D were widespread, varying from mainline international passenger trains between Warrenton and Mafiking, through the expected range of secondary and branch line duties to, in later years, such menial tasks as shed and works shunters. A list of lines worked by class 19D locomotives would be tedious. 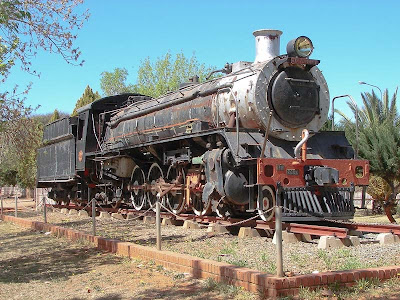 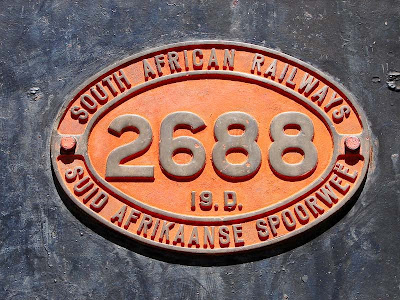 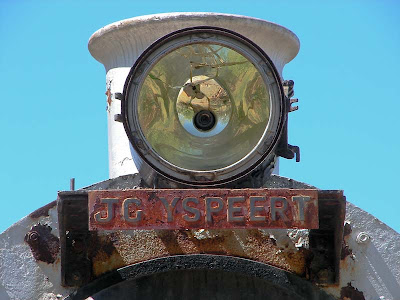 The locomotive carries the name "JG YSPEERT" - he was the mechanical engineer for the Northern Cape Region, and was officed in Kimberley during the 1970's [thank you to Roelf Faurie for this info given on 3 Sept 2010] 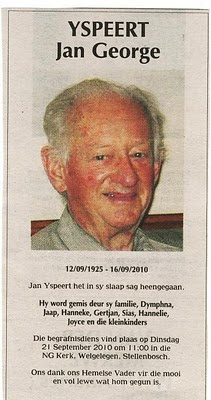 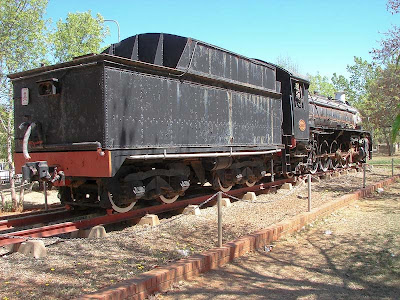 19-09-2009 photo courtesy the photographer André Kritzinger.
In all, 135 engines of this type were delivered before the war by Krupp, Borsig and Skoda. The 20 locomotives built by Krupp had domeless boilers for reasons known only to the builders. Over a period of time most of the other locomotives in the same class also lost their domes on the boiler! After the war a final order of 50 locomotives was delivered by in 1949 by North British Locomotive Co.
The Class 19D became the most numerous SAR class for secondary services, the total built, at 235, was only 20 fewer than the 15F, the country's most numerous steam class. With such large numbers, the class was widespread throughout the SAR with the exception of the Western Cape, which used class 19C for such duties. 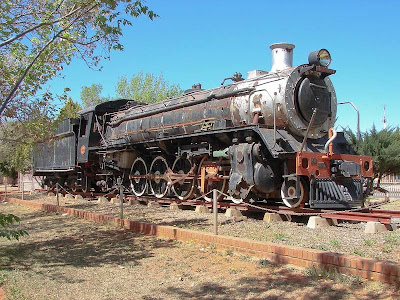 19-09-2009 photo courtesy the photographer André Kritzinger.
The driving wheels are 4 feet 6 inches in diameter.
A drawing of the class 19D (series 4) can be found here.
From the past when Class 19D sister engines were still in steam: 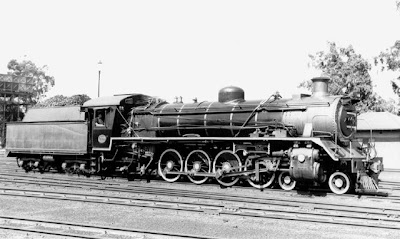 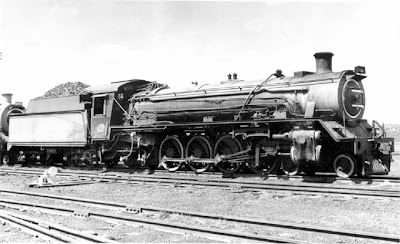