Except where indicated otherwise, all the photos shown in this entry are by kind courtesy of the photographer - Hennie Heymans and all were taken on 13 December 2010. 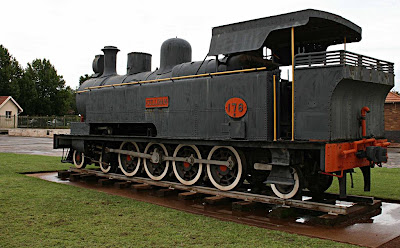 The locomotive is plinthed at Brikor Limited, at 1 Premier Street, Olifantsfontein. 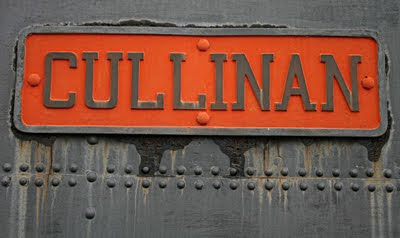 Formerly the Brikor site here was known as Cullinan Refractories Ltd. The Refractory brickworks was just west of the SAR Germiston-Pretoria line - north of the Olifantsfontein station, but the brickworks was served by a 2km line from the north end of the station yards. The tank engine is preserved just inside of the main gate of the Brikor works. 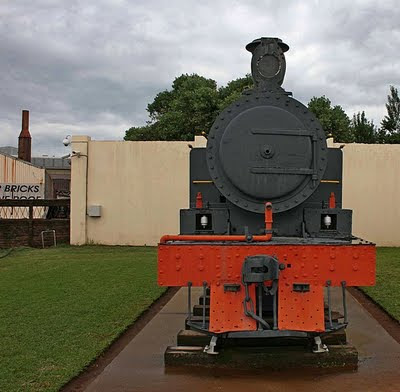 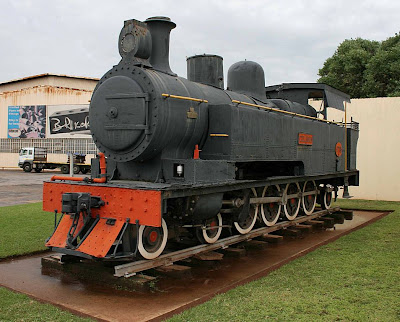 This locomotive represents the so-called "Tank Engine" type. The majority of steam locomotives in existence around 1900, the year when this engine was built by Dübs & Co in Glasgow, Scotland, were of this type. 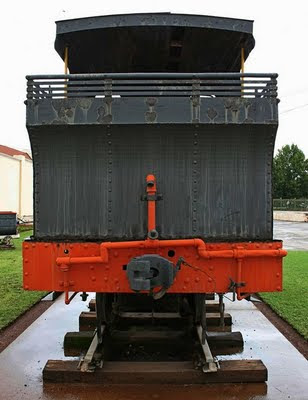 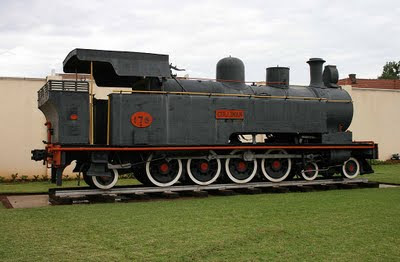 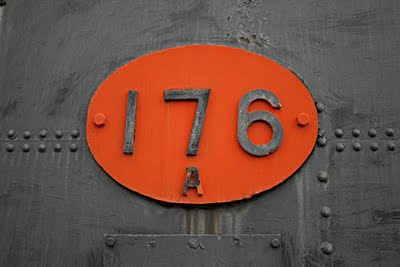 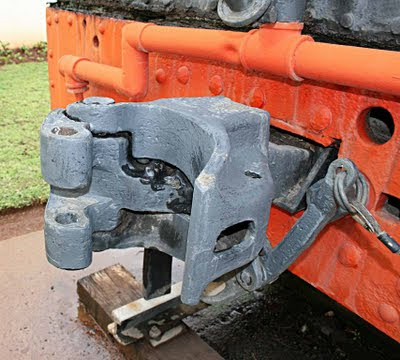 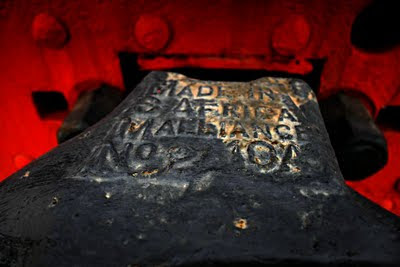 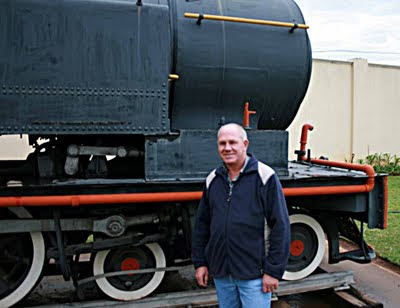 Willie, the manager at Brikor. The locomotive is inside Brikor's premises, so if you want to see the locomotive, the best time would be during business hours.

Paxton & Bourne offer the following notes on the SAR Class A: 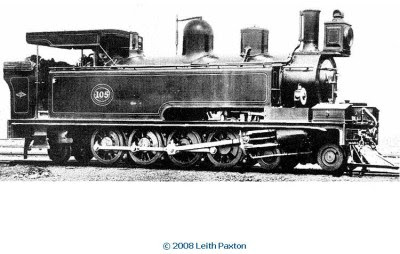 Their performance in service was gradually improved by various modifications. New boilers were fitted as the original wore out, having a working pressure 160lb as against 140lb, thus increasing their tractive force from 16,340lb to 18,670lb at 75% boiler pressure. The coal bunker capacity was increased, and the connecting rod big-ends were changed to the marine type to give greater ground clearance. 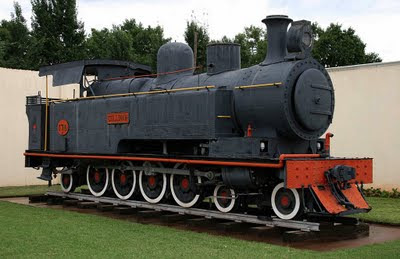 After some years of service, #176 was fitted with a Bellpaire Firebox - this necessitated moving the tanks outwards - more detail below. 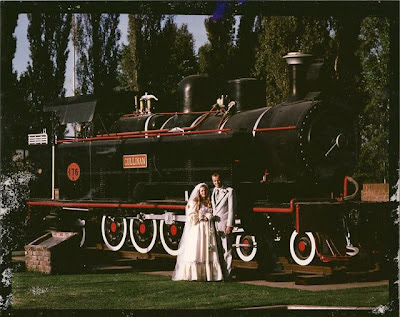 Les Smith posted their wedding picture (8 April 1978) to the sar-L railway interest group. Compare with the previous more recent picture which was taken from about the same angle of view.

A big improvement was made in 1905 after D.A. Hendrie took over from Reid. He fitted them with Belpaire Fireboxes with a wider grate, and to accomplish this he raised the boiler centre line by 4,5 inches and cut away the frames under the firebox. 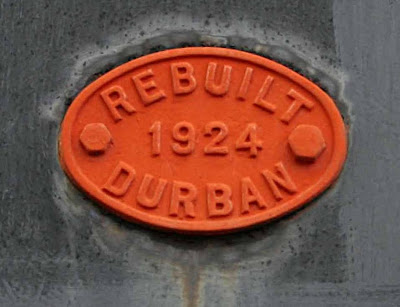 Possibly the conversion to a Belpaire Firebox was done in 1924 after the locomotive had been in service for some 14 years.

To accommodate the wider firebox, the tanks had to be moved out, and the opportunity was taken to improve the cab, thus affording the engine crew better protection. In this form they known as the "Improved Dübs A", and very successful in operation.

We continue with Paxton & Bourne:

As these engines became redundant in later years on the SAR, many of them were sold to mines and industrial concerns where they have continued give good service - The last of the Class A were withdrawn from SAR service in 1962.

This diagram provided by Hennie Heymans. 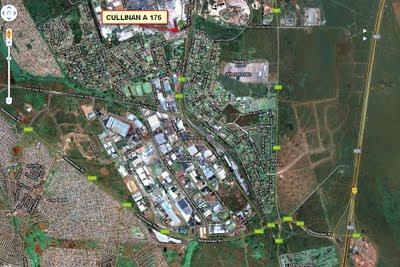 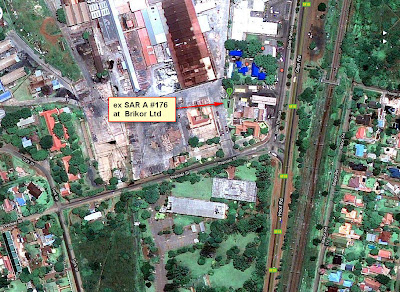 A Dübs tank SAR class A sister engine is plinthed at Reefsteamers Germiston Depot, "PATRYS" SAR Class A No 130.