On Sunday 20 February 2011, from about 16h40 to 18h00, we made a quick photographic tour of the Voorbaai Locomotive shed and yard near Hartenbos. We were aware that there would be no activities at all. The area has 24h security, to whom we duly reported. The area is accessible to interested persons on all week days at all hours. We noted that foot patrols were done by security staff carrying walkie-talkies, which gave the impression that the locomotives at the site were safe from metal scavengers.

As our time was limited, and we could not collect all information, like boiler numbers, to help identify unmarked locomotives, therefore I am not able to identify all locomotives in my image collection.

Please CLICK on any of the images to get an larger view. 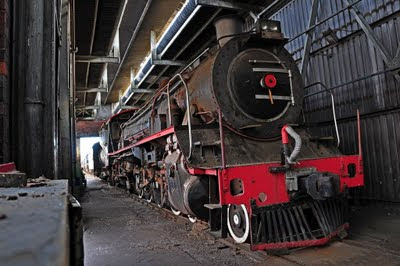 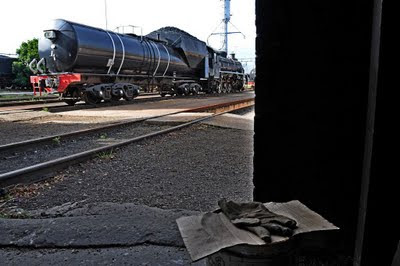 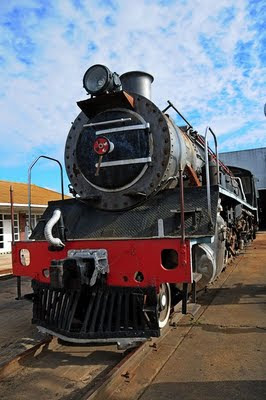 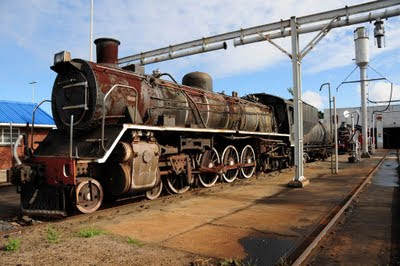 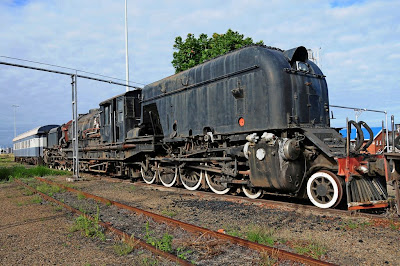 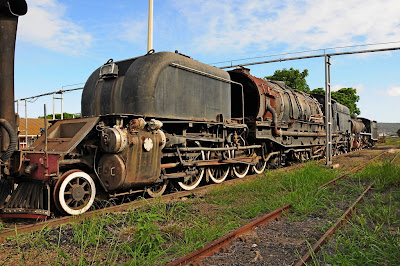 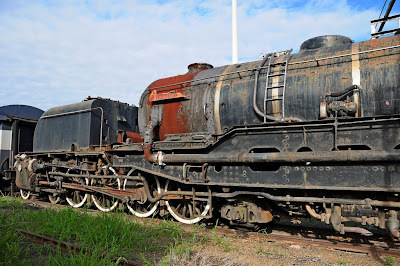 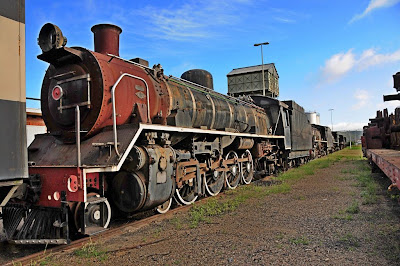 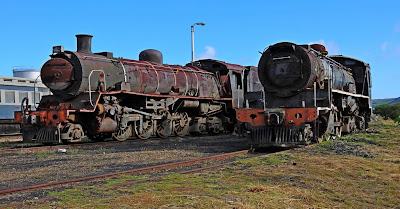 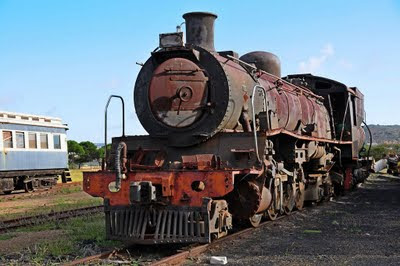 Closer, showing only one. 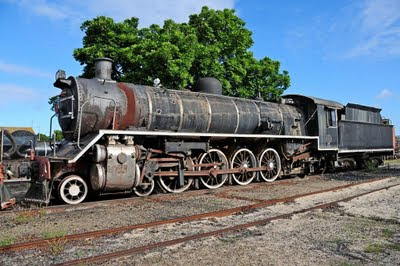 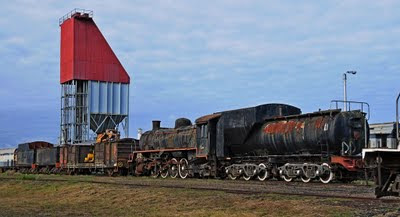 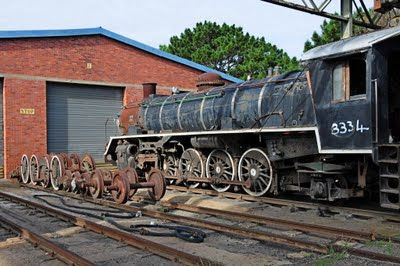 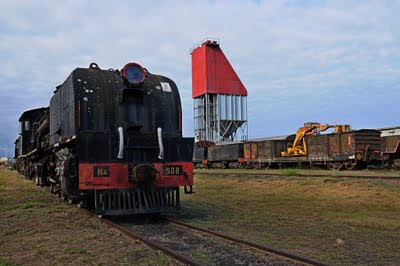 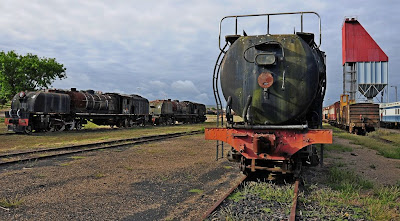 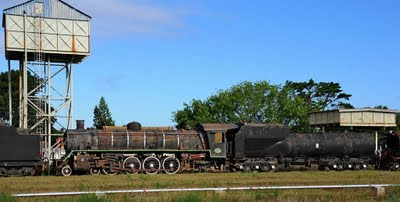 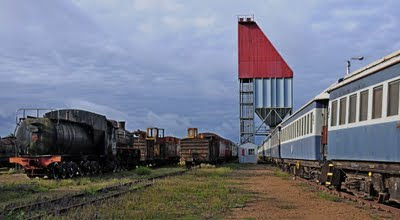 Some Union Limited Coaches. (In 2015/6 most of these coaches were moved to the Ceres Rail Company in Ceres in the Western Province) 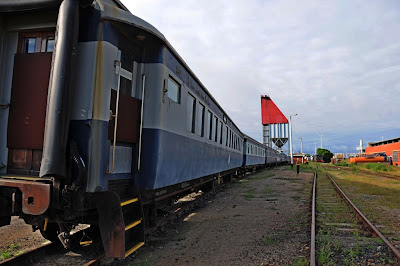 Entrances to the coaches are barred with steel plates. (In 2015/6 most of these coaches were moved to the Ceres Rail Company in Ceres in the Western Province) 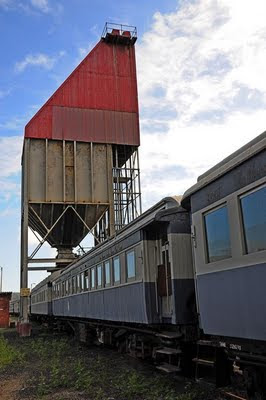 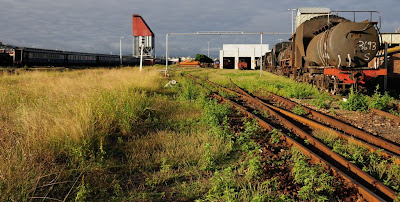 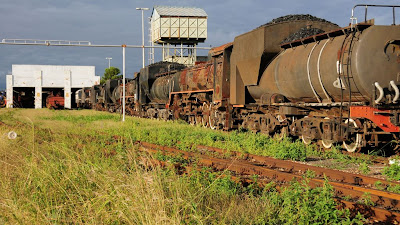 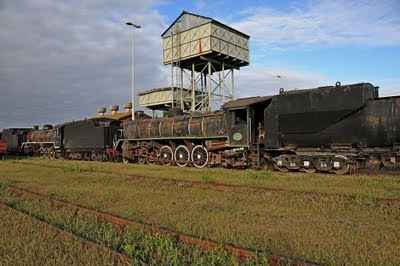 The images following are all courtesy of James Taylor and were taken on 25 October 2012 at Voorbaai. James noted:

"All of the stock at Voorbaai had VBxxx numbers spray painted on it. I would assume the only reason that this has happened is to allow the scrap merchants to bid at an asset sale."

"If these locomotives and coaches are being sold as scrap, and the prices are determined by the respective weights of the metals therein, then surely a 19D (like 2749) would be just over R 150k to buy from Transnet? Is my logic flawed? Seems like a bargain to preserve considering Tornado in the UK cost GBP 3 million to make!" 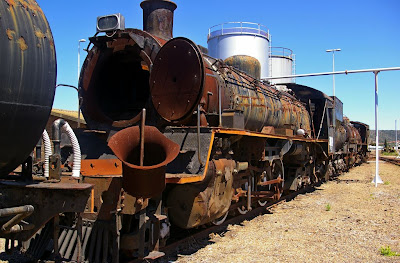 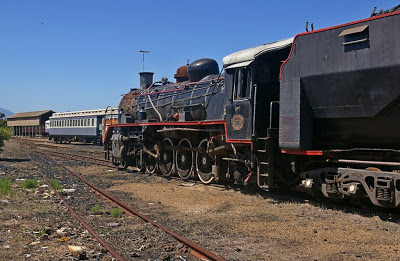 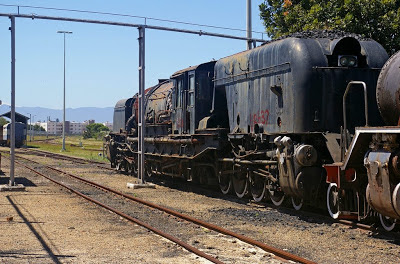 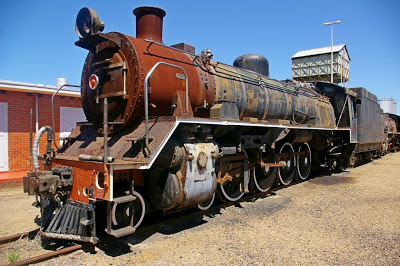 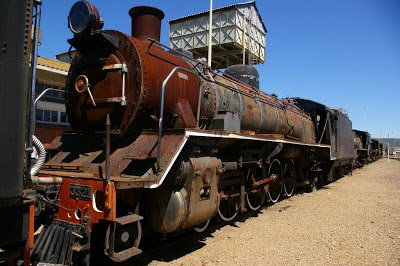 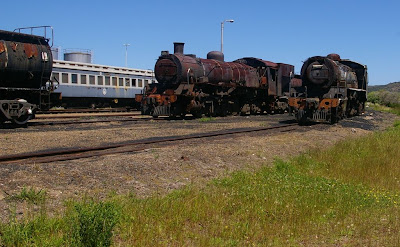