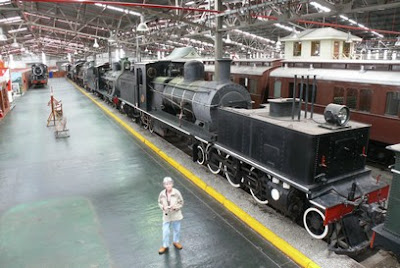 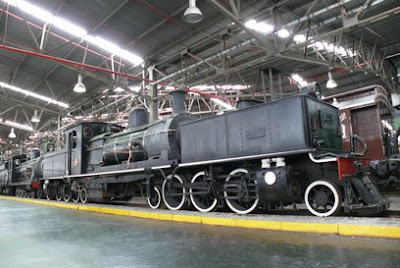 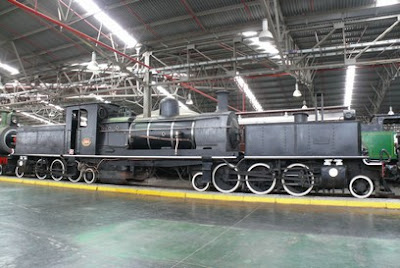 Their last allocation was the tortuous Aliwal North-Barkley East line where they worked for many years until withdrawn in 1967. 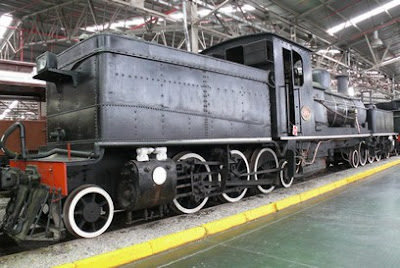 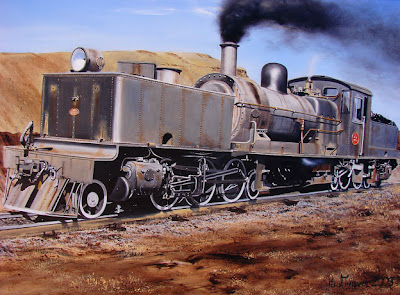 This 2009 painting, made by Paul Treleven, is shown here by kind permission of the artist. The painting pictures a SAR Class GB (see above #2166 in museum) in steam. For more of Paul's work you may visit his fine arts page at http://www.paultreleven.com/ 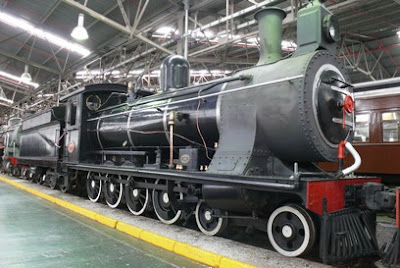 These were the main goods locomotives for the last 20 years of the CGR in the Cape. A batch of 26 locos were built by Sharp, Steward & Co, Neilson, Reid & Co between 1896 and 1901. They differed from class 7 proper by having a larger boiler and an 8-wheeled tender. They became the class 7A. 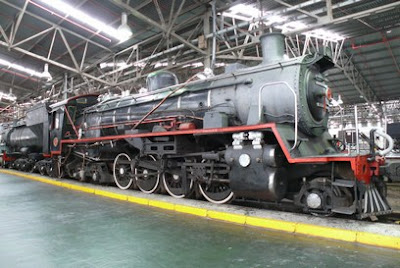 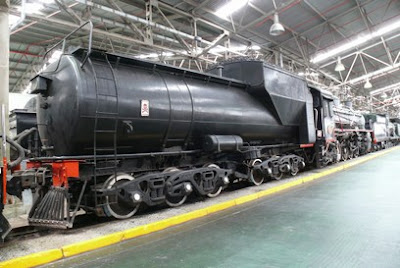 #3668 Class 24
2-8-4
The tender is the "Vanderbilt" or "barrel" type with cylindrical water tank and 'Buckeye' bogies. Besides SWA they were also placed in service on various branch lines in South Africa. 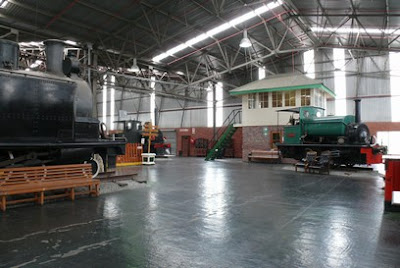 General view with SAR #330 Class H2 on the left, and "Stormberg" on the right, and "Randtram" on the far left.

read on in part 3
Posted by Piet Conradie (for e-mail addr: see profile plse) at 9:46 PM