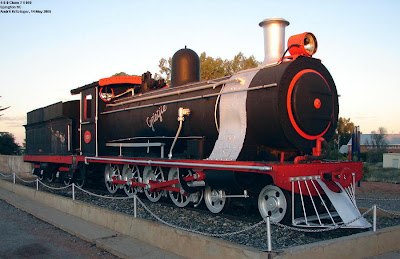 In November 2011 Chonat (nee Baron) Getz wrote: My late father (Ezekiel Baron) was an engineer who worked for the SAR all his life. We lived in Windhoek from about 1948 to 1952 where he was the systems engineer there. I’ve recently been going through some old photographs of his and I’m fascinated by a series of photos which depict the departure of the first broad gauge passenger train from Upington to Kakamas. From the writing on the back of the photographs I get the impression that these photos were to be part of an article titled “the Broad Gauge Marches on”.

The excellent source, Tracks Across the Veld, ISBN 978-0-620-41711-2, published in 2008 by the late Boon Boonzaaier, has the background information: Already in 1926 a narrow gauge branch line was opened between Upington and Kakamas to serve the farming community along the Orange River. Much increased production, and the problem that all produce had to be re-loaded at Upington, lead to the decision to widen the branch line. After an upgrade in the then South West Africa (between Mariental en Okahandja) sections of rails were brought to the Kakamas branch line and laid on both sides of the present line. On 19 October 1949 all the remaining narrow gauge rolling stock along the branch line was brought to Upington by NGG12 No. 57. After this train left Kakamas the new rails could be connected and tested by a construction train and all teething problems sorted out before the official opening 2 days later on the 21st. (Definitely a testimony of an efficient SAR organization at the time) 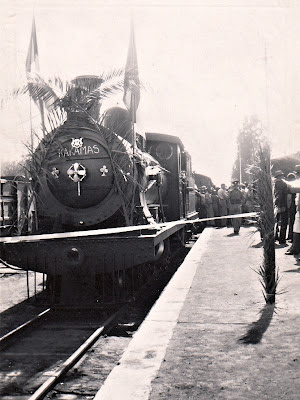 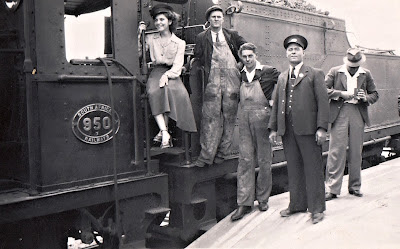 21 October 1949: The people in the picture are unidentified at present. Photo taken by Ezekiel Baron, and kindly provided by Chonat (nee Baron) Getz.

All the photos below were taken during our visit to Upington in August 2008. 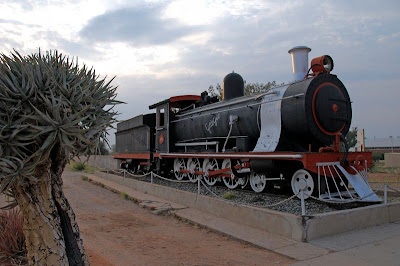 She is plinthed at the Upington station. 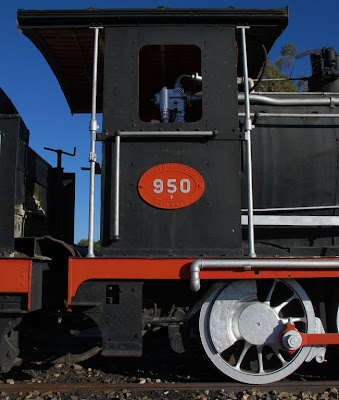 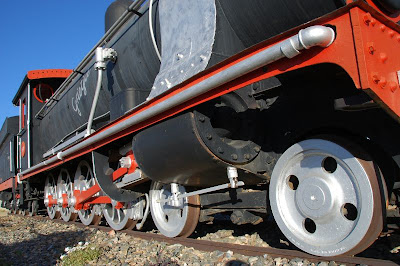 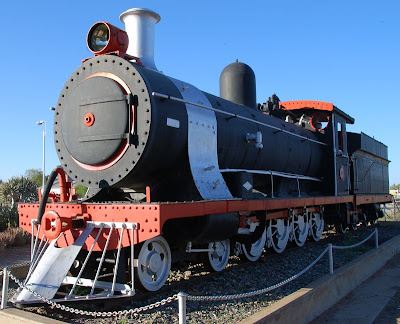 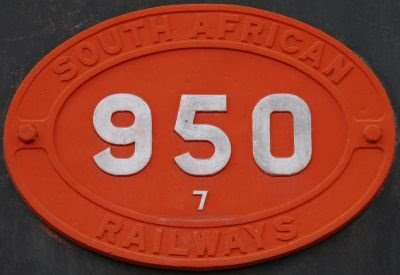 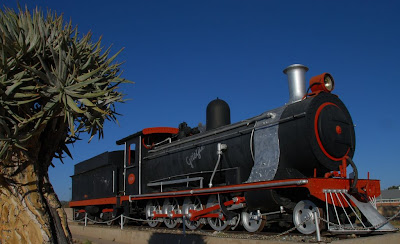 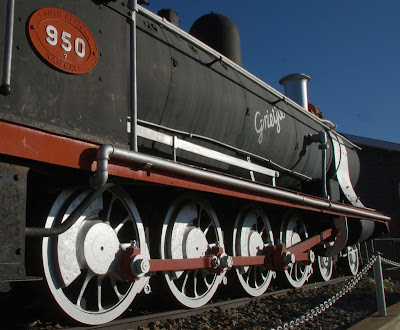 Grietjie has a 4-8-0 wheel arrangement. 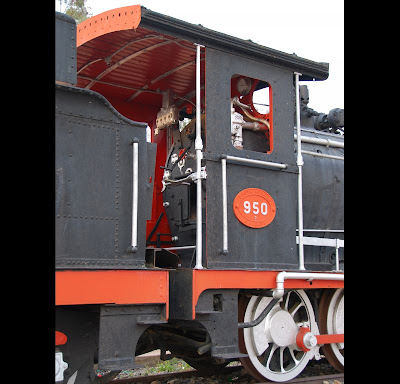 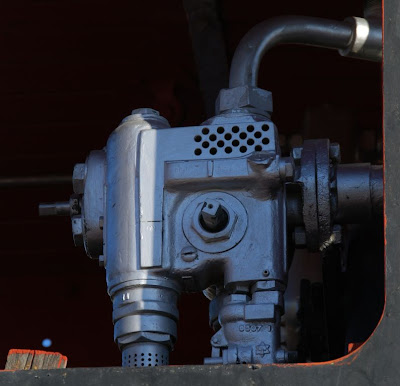 You may also compare this Class 7 locomotive with no 970 in Riversdale, no 975 in Bloemfontein (Anglo-Boer War Museum) and no 987 at Matjiesfontein.

Specification details for Class 7 may be found here.
Posted by Piet Conradie (for e-mail addr: see profile plse) at 6:58 PM