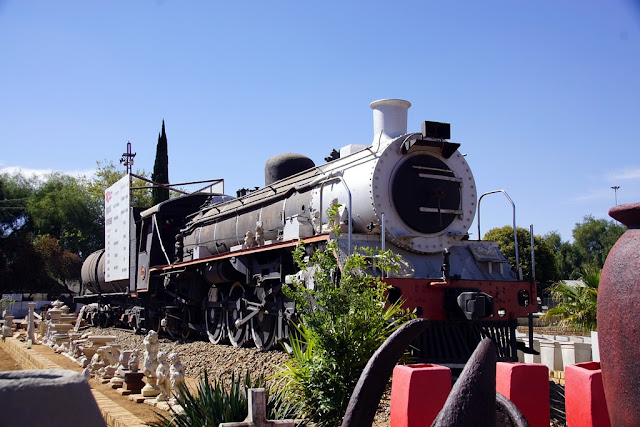 Laurie noted:  "This locomotive, built by the North British Locomotive Co. Ltd. in Glasgow in 1948, has now been utilised as an advertisement for a local garden centre and has even been adorned with cherubs and garden gnomes!" 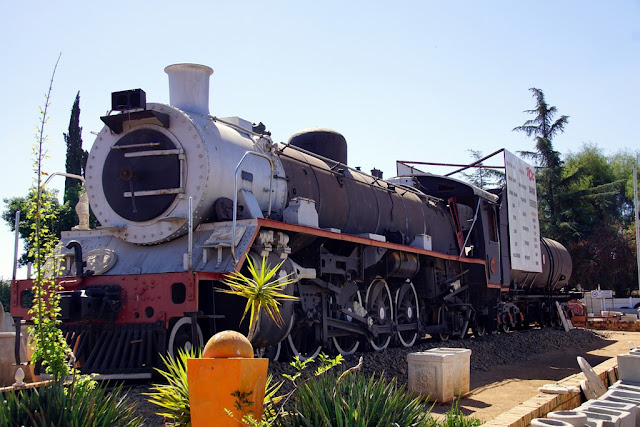 
All the photos BELOW are kind courtesy of Schalk van der Linde who took these pictures in the morning light on June 6, 2009.

The neat and well kept appearance of this locomotive is nothing but spectacular when measured against the many of its forgotten kin scattered in towns all over South Africa. This one is looked after by a businessman who uses the plot where the locomotive is plinthed. Certainly this old steam engine is a very worthy tourist attraction for Coligny. 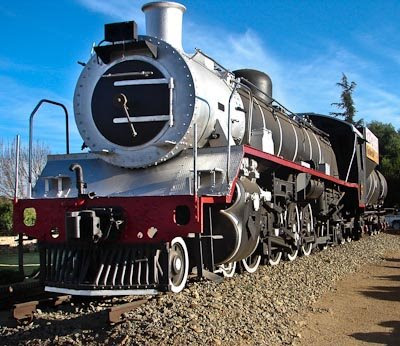 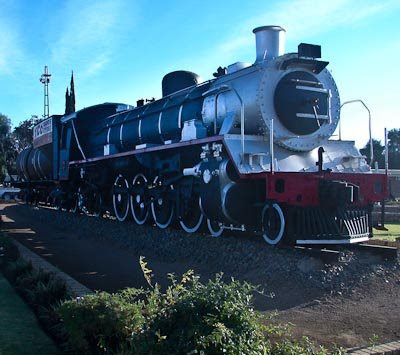 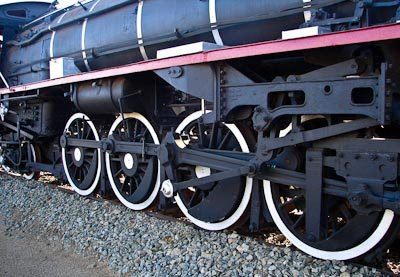 The 19D plinthed in Coligny has a so-called "Vanderbilt" tender which has a cylindrical water tank and six-wheeled "Buckeye" bogies. In 1901, Cornelius Vanderbilt III, whose great-grandfather founded the New York Central Railroad, invented a cylindrical tender which was soon adopted by a number of American railroads with oil-burning locomotives. 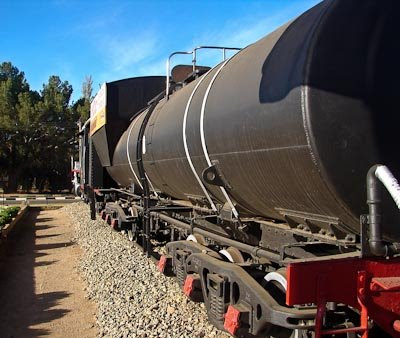 Compared to rectangular tenders, cylindrical Vanderbilt tenders were stronger, lighter, and held more fuel in relation to surface area. In South Africa the design was used to carry water & coal for the locomotive. 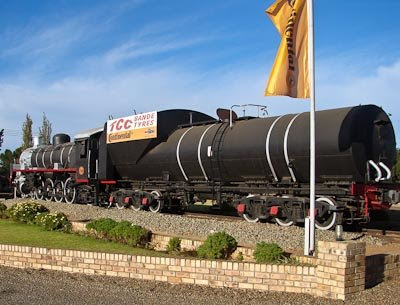 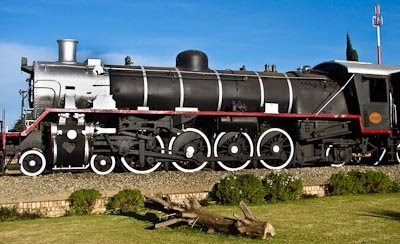 The final order of 50 engines of this class was from North British Locomotive Co in 1949 and fitted with a new type of tender known as the Vanderbilt as mentioned above. 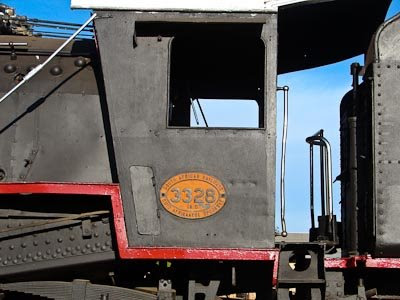 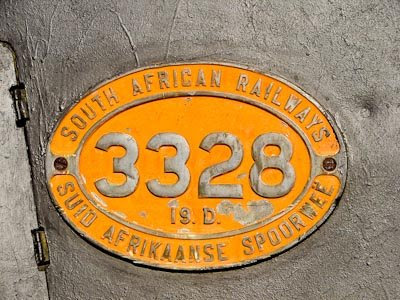 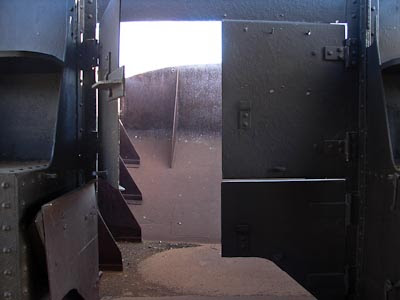 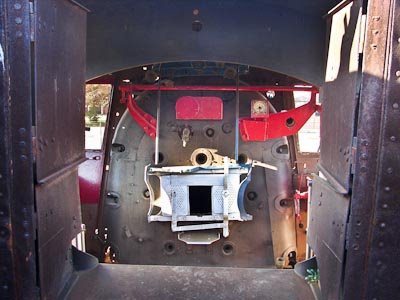 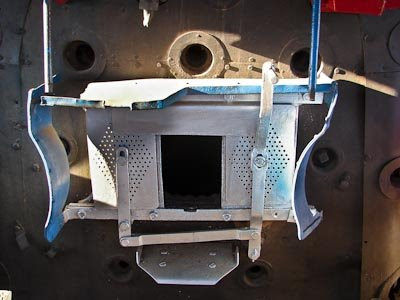 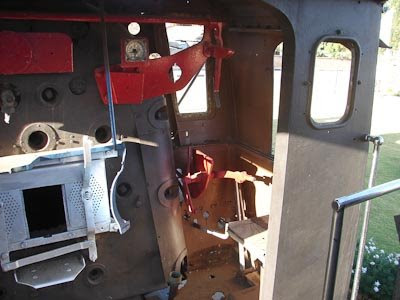 The SAR Class 19D No 3328 steam locomotive which is plinthed in Coligny shows up in this 2003 Google Earth view. 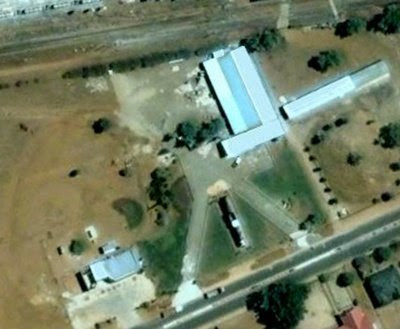 The locomotive has a Vanderbilt cylindrical tender. 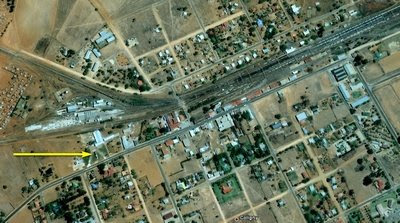