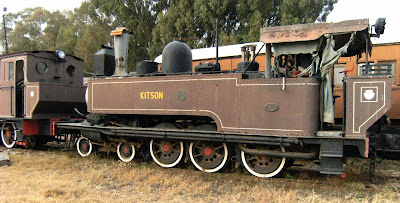 A mobile South African national monument, yes on wheels, is resting in the Museum railway yard at SANRASM, Krugersdorp. This Kitson locomotive was, in 1983, the oldest running steam engine in South Africa. She was doing so for more than 105 years! Kitson is on permanent loan from ESKOM to the South African National Railway And Steam Museum (SANRASM) in Krugersdorp. Unfortunately SANRASM seems to be unable to care for the monument in a way that the little workhorse deserves ... 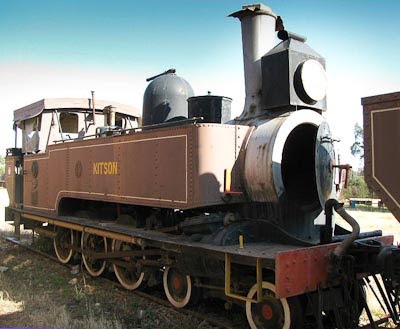 In 2008, the RSSA made a R5000 cash donation, to SANRASM, towards the cosmetic restoration of the Kitson and Hunslet ex-ESKOM National Heritage Locomotives. 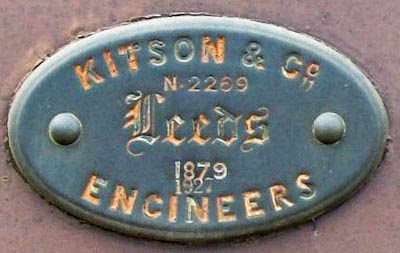 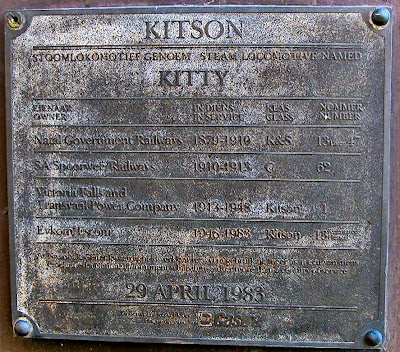 A Brief History of "Kitty"
This information on KITSON mostly comes from research material compiled by Mr. Rick Searle, a retired ESKOM employee, but Paxton & Bourne also fill in some of the gaps ...

These locomotives were used on the main-line trains out of Durban, displacing the earlier Beyer, Peacock 2-6-0T. They were occasionally fitted with small four-wheeled tenders, which increased their fuel-carrying capacity when required to work long distances.

Under SAR Administration, in 1910, this engine was classed under SAR Class C with road number 62. Specifications for the SAR Class C may be found here. In the SAR the Class C had road numbers 62-76, which mean only 15 engines survived from the NGR Class "K&S into the SAR. 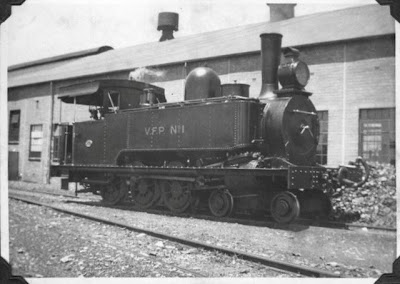 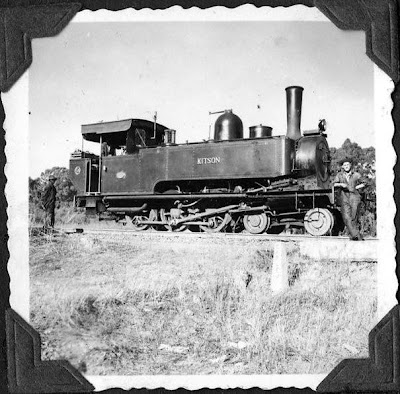 The Natal Government Railways, the Victoria Falls and Transvaal Power Company Limited, and ESCOM made numerous modifications to Kitson. 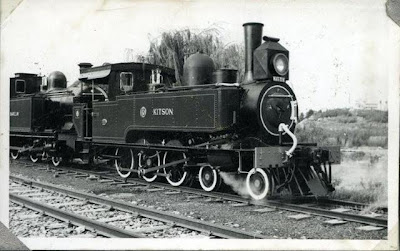 In 1979, "Kitty" became the first steam locomotive in South Africa (possibly the world) to have completed a century of continuous service. "Kitty’s" feats are legendary in South African steam locomotive circles. Dave Parson, the foreman of the locomotive maintenance team at Rosherville central workshops, states: "I have been on the footplate when Kitty pulled 20 loaded coal hoppers, more that 50 times her own weight, from Jupiter station to Rosherville power station. Many ten shilling bets were won by ESCOM men when South African Railways drivers bet that Kitty could not pull such loads."

Acting on an ESCOM proposal, the South African National Monuments Commission declared Kitty a national monument on the 29 April 1983. It is the first movable, working machine to receive this distinction. This locomotive, at that time, was one of the oldest operating steam locomotives in the world. At the inauguration ceremony, Mr Jan H Smith, then Chairman of ESCOM, said of "Kitty." "To me, "Kitty" has always been a link between the past and the future - an example of how dedicated maintenance and the will to preserve can make a chunk of steel a symbol of inspiration which motivates both the young and not so young."

In 1984, after being in continuous service for 105 years, "Kitty" was still going strong. The last of the SAR's own Class C locomotives were finally scrapped in 1940., 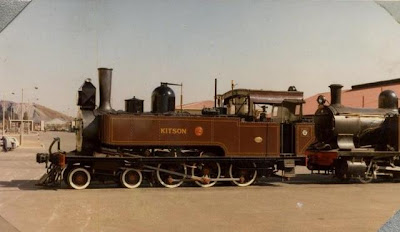 Kitson is on permanent loan from ESKOM to the South African National Railway And Steam Museum (SANRASM) in Krugersdorp.

In 1998 a ride on this steam locomotive was still possible. Enthusiastic volunteers operated the museum. Their efforts ensured that Kitson "steamed" for the public approximately twice each year. Despite the numerous modifications made, "Kitty" was still resplendent in ESCOM’s familiar brown and gold colours closely resembling the original design.

Unfortunately "Kitty" is not steamable in 2009.

"Kitty" had been used in various film productions over the years. One example is on sa.transport.co.za - 3 photos taken at BADPLAAS in 1995 by Richard Niven - look here for the pictures under "Kitson No 13".

ACKNOWLEDGEMENT
Much of this information on KITSON comes from research material compiled by Mr. Rick Searle, a retired ESKOM employee.

More information on Kitson can be found in R.V. Conyngham's book on "The K & S Class Locomotives of the Natal Government Railways". 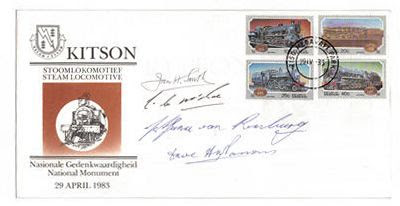 In 1983 this first day cover was made - only 2000 were issued and most were bought by Eskom employees.

This engine was christened "KITTY". On the 29th April 1983 "KITTY" became South Africa's only moving national monument. In 2009 this this steam engine is on show at the railway museum yard in the Krugersdorp SANRASM museum site .

A Drawing of "KITTY" 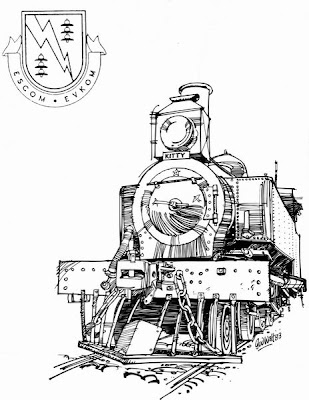 This drawing has been sourced from sa-transport-co.za. It appears in a brochure commemorating “Kitty”, the oldest operating steam locomotive in South Africa, declared a National Monument on 29 April, 1983. [KITTY AND HER SISTERS - THE ESCOM LOCOMOTIVE STORY, Author: Jorgensen, A A, Publisher: Ixopo and District Historical Society] 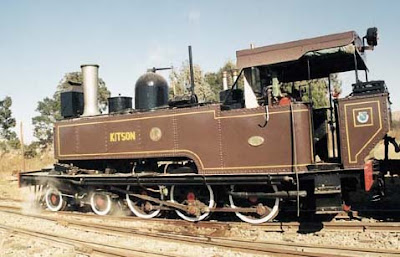 Photos from the past

Some very interesting historical photos and detail about Kitty may be found on these Sandstone pages. "Kitty" is on the most well known of the Eskom locomotives, “Kitson”, a 4-6-0T locomotive built originally for Natal Government Railways which became South African Railways “C” Class No: 62. It was built by Kitson & Co. of Leeds in 1879 as works number 2269. It is a registered National Monument. The locomotive is now at the SANRASM site near Krugersdorp where it was sent on loan by Eskom along with a number of other Eskom locos in 1993. At that time it was the oldest locomotive, in working order, in South Africa, but is now out of use.

Trevor Staats has posted two movie clips of Kitty in action on Friends of the Rail Video Clips
Sources:
Posted by Piet Conradie (for e-mail addr: see profile plse) at 11:17 AM