NOTE: This page should be read collectively together with the other Sugar Cane tramway pages on this blog as general information is scattered across the different pages:
_____________________________________
In his 2007 article (see this blog entry for more detail) in Narrow Gauge World about the history of the Avonside Engine Co, Andrew Neale wrote:

"The two-foot gauge sugar cane tramways of Natal and elsewhere were to become an important market for Avonside, who produced a range of standard side tank designs in 0-4-0, 0-4-2 and 0-6-0 sizes. The Natal market was particularly significant and lasted throughout the company’s life. Many of the sales were made through the agency of Francis Theakston, who had left the famous family brewery to join Arthur Koppel in its London office and during World War I had set up his own light railway business with a works at Crewe. Like his larger rivals Robert Hudson he only built rolling stock and track work, buying in locomotives, which as far as steam was concerned came primarily from Avonside, although later some steam was sourced from overseas builders."

The firm of Francis Theakston was still active in 1925. [Colonel] Francis Theakson Light Railway Engineers Ltd, of London, could be commissioned to do what you required. Theakson was a well known firm of "fixers" in Britain, who could acquire any piece of railway equipment from a loco to a complete railway. Although they had a workshop in Crewe, they never actually built any locomotives. Theakston, in turn, placed orders with an established locomotive builder. 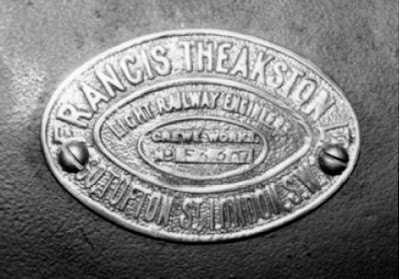 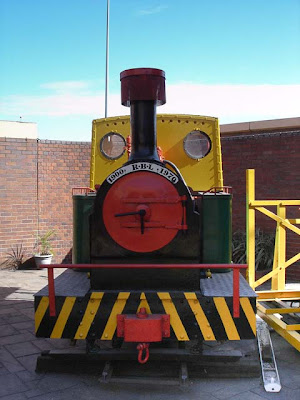 This locomotive, an Avonside built in 1900 as works no 1422 by the Avonside Engine Co Ltd of Bristol in England, was the first tramway locomotive to start working in the cane fields of the Natal Colony at the time - today the KwaZulu-Natal province of South Africa.

The little engine is now plinthed in the visitors area at the Sugar Terminal on the Maydon Wharf in Durban harbour, and is only accessible during business hours.

In 1914-1915 Reynold Brothers took delivery of four Avonside loco's running on 24 inch gauge 8 1/2" X 12" designs - by 1926 the total number of these wider gauge locos on the sugar estates of Reynold Brothers had increased to nine engines.

Obviously there was a constraint with using a mixture of gauges on the estates under Reynolds control, and apparently around 1926 the decision was made to abandon the 20"gauge and standardize on the 24 inch gauge. The 20 inch locomotives had to be regauged to 24 inch, including the eldest locomotive on the estates - the Avonside 1422 built in 1900. 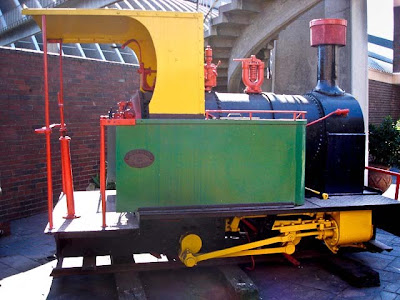 The design of this (originally) 20 inch gauge locomotive appears to be identical to the picture of the 24 inch "Imperial" class engines which were delivered in 1899 to Rand Mines. Compare with the picture below. 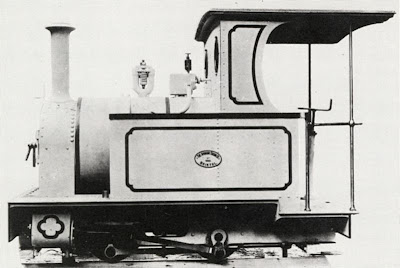 This Hunslet archives picture shows a sidetank Avonside of the standard "Imperial"class. Two of these 0-4-T's, running on 24 inch gauge, were built in 1899 for use by the Rand Mines Ltd.

They had 7 in dia cylinders with 10 in stroke designs, with 20 in driving wheels and a boiler pressure of 140 lb, and a working weight of 5.75 tons. The total length of the locomotive was 10 ft 6 in.

They had Stephenson's link motion and plate frames. In April 1915 they were bought for use in the SWA campaign. They became NG91 and NG92 on the SAR. Not much is known about their lives on the SAR, except that they were obviously not considered adequate for they were sold a few years later. 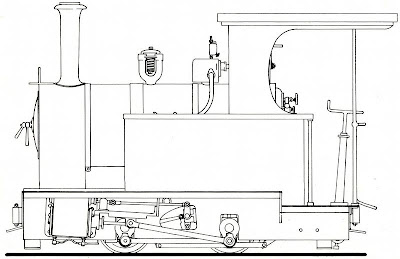 Paxton & Bourne mentions this locomotive on page 114 of their "Concise Guide" as follows: "Much mystery surrounds this locomotive. SAR records indicate that she was obtained from Reynolds Brothers sugar estates on the Natal south coast to assist with the SWA campaign in 1915. However, up to that time Reynolds only had a 20 in system. Could it be that a bureaucratic blunder misread 20" for 2'0" and had an inappropriate engine requisitioned by the misplaced stroke of a pen? Be that as it may, no photographs of this engine survive, and it may be accepted that she was a 20 in engine supplied by Avondside to Reynold Bros in 1900."

For the above information it may be assumed that the loco plinthed at the sugar terminal was also from the Avonside "Imperial" class. 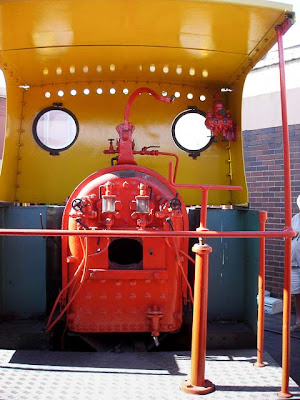 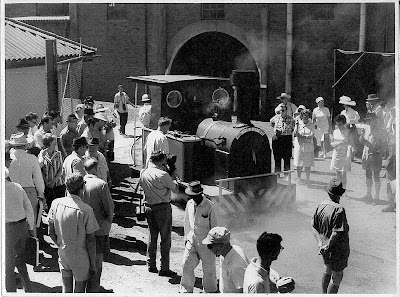 Avonside 1422/1900: Unknown date and photographer. This picture appeared in the Aug 2009 edition of Steam in Action and was sent in by Gary Barnes. The photo is likely to have been taken in 1970 with the end of sugar cane tramways in Natal. 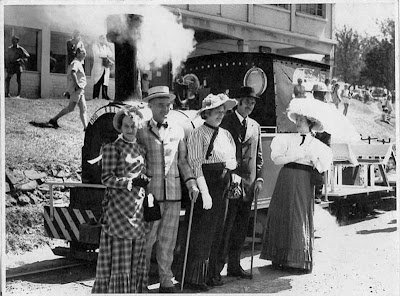 Avonside 1422/1900: Unknown 1970 date and photographer. This picture appeared in the Aug 2009 edition of Steam in Action and was sent in by Gary Barnes. 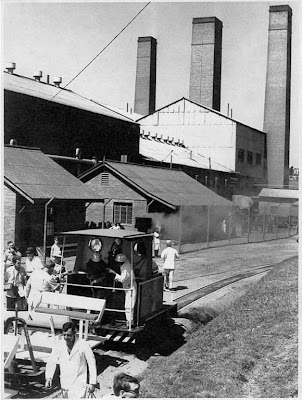 Avonside 1422/1900: Unknown 1970 date and photographer. This picture appeared in the Aug 2009 edition of Steam in Action and was sent in by Gary Barnes.
Sources: