NOTE: This page should be read collectively together with the other Sugar Cane tramway pages on this blog as general information is scattered across the different pages:
_____________________________________
The Crookes family has established a proud tradition in the South African sugar industry since the 1860’s when Samuel Crookes first planted cane at Renishaw on the KwaZulu-Natal South Coast. Crookes Brothers Limited was incorporated in 1913 to take over and manage the family interests and in 1948 it was listed on the Johannesburg Stock Exchange.

The Estate offices of Crookes Brothers Limited is located, on top of a hill, on the Renishaw Sugar Estate, just off the towns of Renishaw and Scottburgh .

"Renishaw No 2" is plinthed in the garden outside the estate offices. The 2 ft 0 inch gauge 0-4-0T locomotive was built new for Renishaw's sugar cane tramway system by Avonside Engine Co Ltd, Bristol, England, as their works number 1986 in 1926. The locomotive has a 8.5"x12" design.


Avonside 1986 Ex-Renishaw No. 2, at Renishaw, in April 1995 as photographed by Martin Murray and posted to the sar-L Yahoo Group. 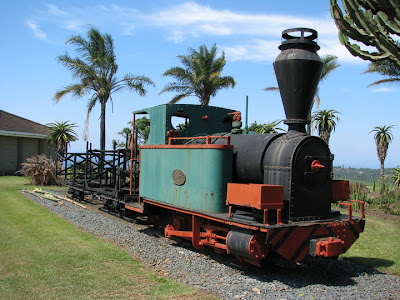 Renishaw No 2 as she appears today. This April 2010 photo is courtesy of Andre Guelpa. 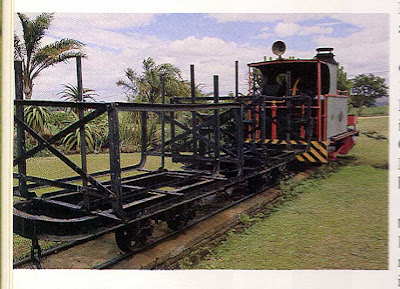 This picture appeared on page 20 of a sugar Centenary Brochure. 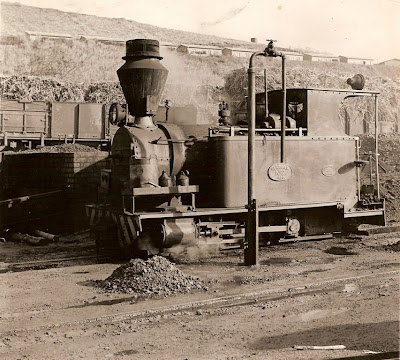 An old photo of Renishaw No 2 under steam. The photo was posted by Hannes Paling to a Sugar Cane Loco set on flickr. The photo was probably taken by the late Eric Angus around about the period 1966-68. 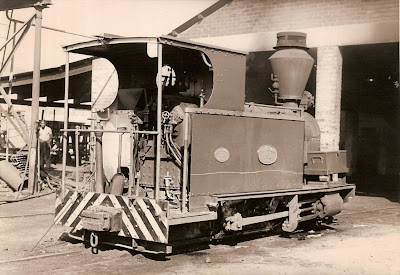 Another old photo of Renishaw No 2. The photo was posted by Hannes Paling to a Sugar Cane Loco set on flickr. The photo was probably taken by the late Eric Angus around about the period 1966-68. 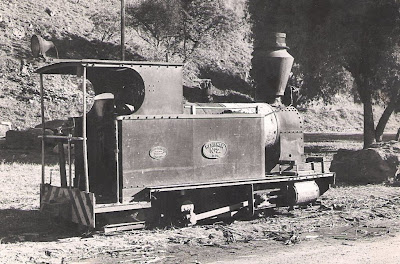 An old photo of Renishaw No 2 obviously after being out of action for a couple of years. The photo was posted by Hannes Paling to a Sugar Cane Loco set on flickr. 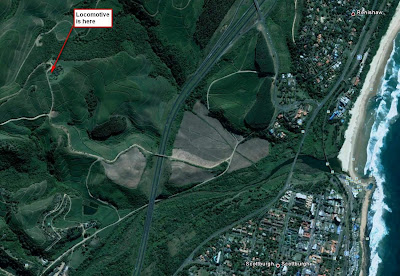 This Google Earth view provides indications to the location of the plinthed Renishaw No 2 locomotive. Click on the image for a higher res image.

Sources:
Posted by Piet Conradie (for e-mail addr: see profile plse) at 9:53 AM